SPIN 1038 Exclusive: Matt Damon Opens Up About Isolating In Ireland

In this world exclusive, Damon opened up about all elements of lockdown life even revealing that his eldest daughter had the virus. 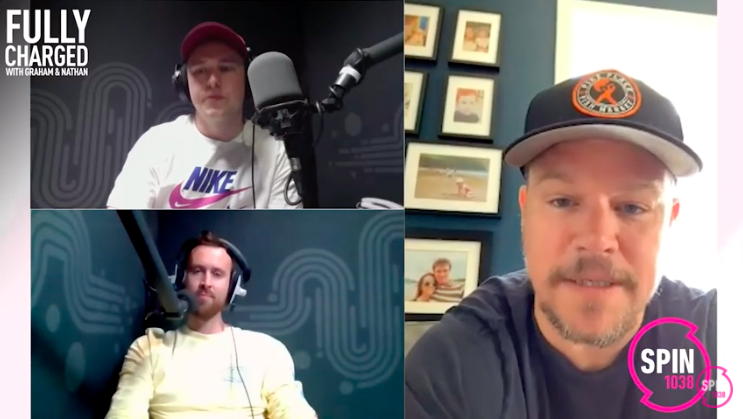 The actor has been living in Dalkey, South Dublin with his family since March.

He originally came to Ireland to shoot upcoming movie The Last Duel.

However, shortly after Matt, his wife, and three youngest daughters arrived the production was halted due to COVID-19. 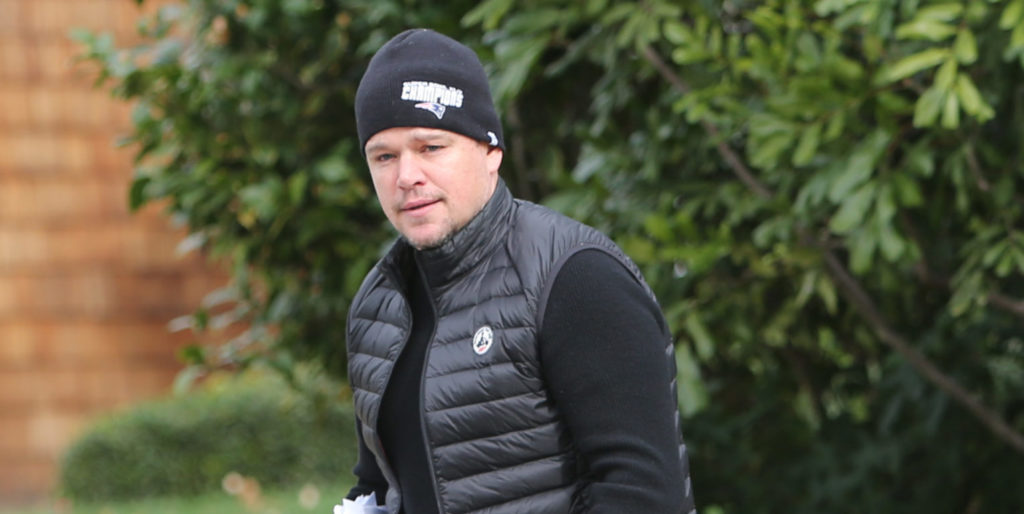 Matt and his family have been adapting well to life in Ireland and Dalkey residents are delighted to have a celebrity in their midst.

"I don't know if you're aware that the Dalkey people are protecting you like a glorious gem," Nathan continued.

He then told Matt that he was quickly kicked out of a Dalkey residents Facebook group for attempting to contact their newest arrival. 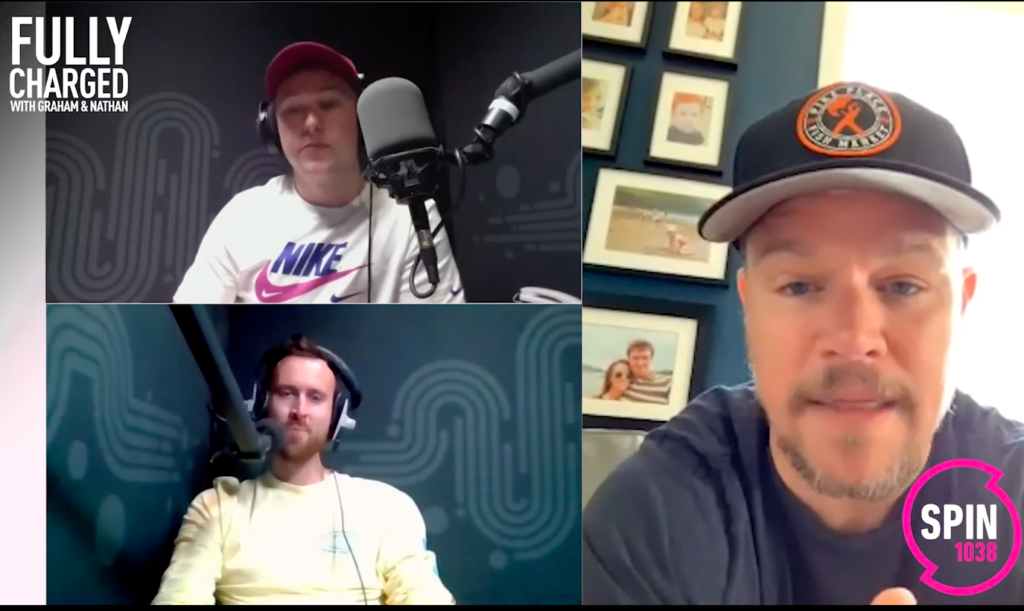 "I know! I laughed so hard when I heard this story," said the actor.

"That's when I realised how great this place was and how protective everybody here is."

Matt and his family have certainly been making the most of their beautiful surroundings.

Last month he was spotted, in true Irish style, heading to the beach with a SuperValu bag.

Graham and Nathan asked Matt what the bag contained, joking that it might possibly be a big bag of cans!

But just like every other Irish parent in good weather, it was full of beach towels!