Amber's former flame Michael shared his reaction on Instagram Stories, "I did not expect that!"

They’ve not stopped smiling since they first set eyes on each other... Amber and Greg are your #LoveIsland 2019 winners! ❤️

The recently dumped islander watched the final on a large screen at Boxpark Wembley with Josh Denzel. 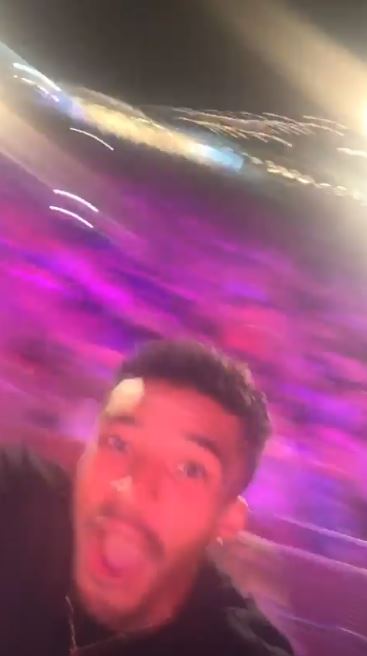 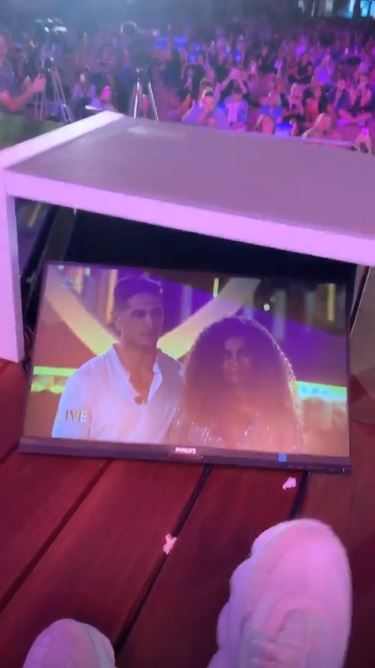 At the end of his Instagram Story, he shares a picture of Amber and Greg.

'Big congratulations to these two.' 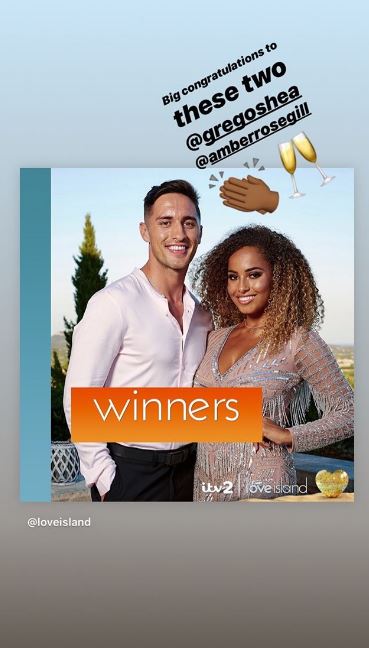 The pair had been coupled up at the start of the series and they were actually really good together.

However, their relationship fell apart during the Casa Amor shock twist when Michael's head was turned by new girl Joanna.

Amber’s not settling anytime soon, and neither should she #LoveIsland

While Amber was staying loyal to Michael, he was cracking on with new girl Joanna.

When she arrived back to see Michael had re-coupled, she was visibly distraught.

However, when Joanna was voted off the show by her fellow islanders, Michael decided to stay on without her.

Understandably, she was fuming with him and even called him a, "fu**ing snake."

Michael is not here for the kissing. #LoveIsland

It wasn't long before the firefighter revealed he still had feelings for Amber.

However, at this point it was too late because Amber was falling for new islander Greg.

She chose to re-couple with him over Michael and shortly after this, Michael was sent home.

Meanwhile, Joanna has revealed what exactly the phones can be used for in the villa.