They confirmed the news on Twitter today, 'BREAKING NEWS FROM THE TON'

'Bridgerton is returning for seasons three *AND* four!'

🚨 BREAKING NEWS FROM THE TON 🚨

Bridgerton is returning for seasons three *AND* four!

The streamer released the following statement from the iconic Lady Whistledown:

'Esteemed members of the Ton, it seems we have a rather special announcement.'

'Bridgerton shall return for seasons three and four. This author shall have to purchase more ink...' 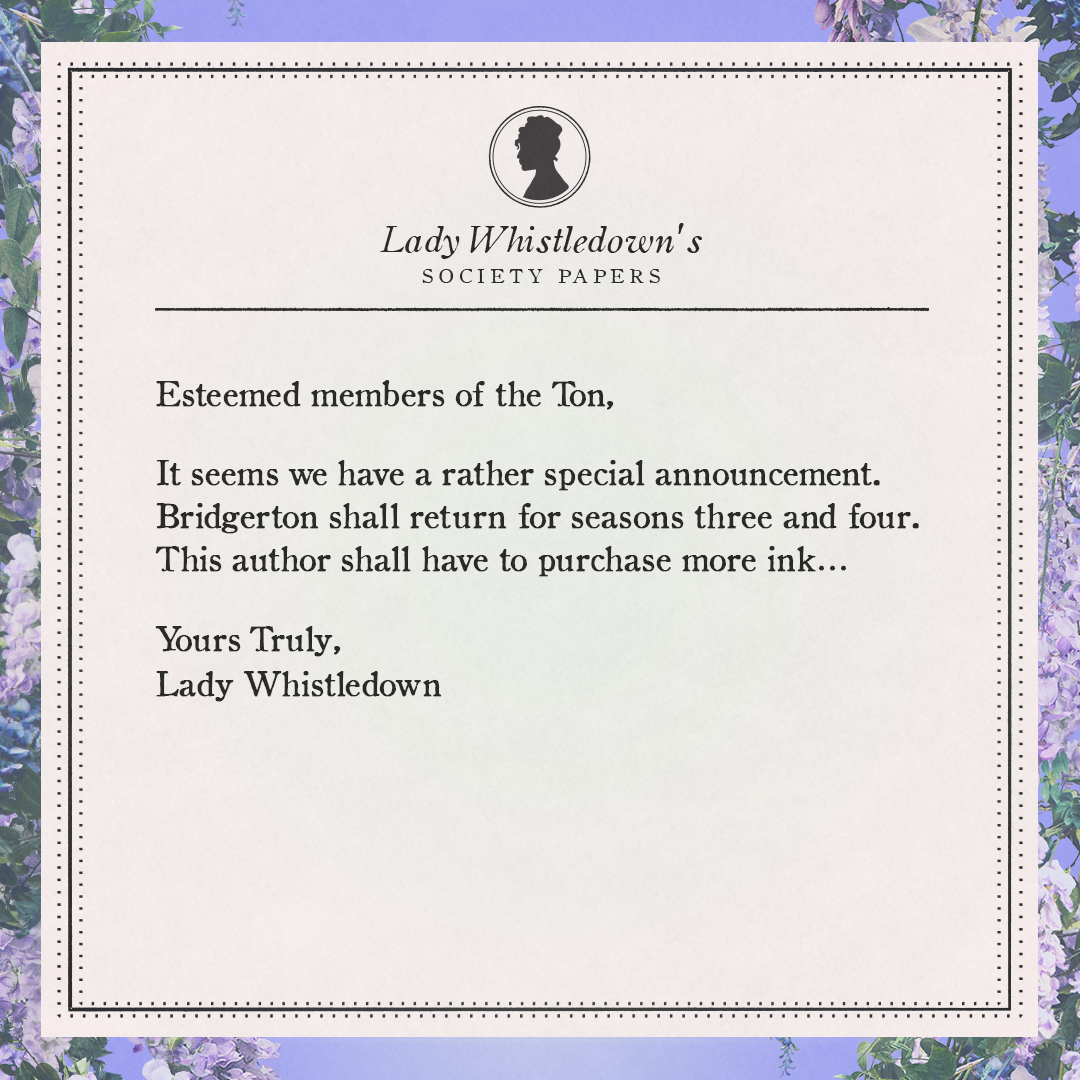 Following the announcement, Shonda Rhimes said: 'From the first time I read Julia Quinn’s delicious Bridgerton series, I knew these were stories that would captivate a viewing audience.'

'But the evolution of this adaptation would not be a success without the many significant contributions of the entire Shondaland team.'

'This two-season pickup is a strong vote of confidence in our work and I feel incredibly grateful to have partners as collaborative and creative as Netflix.'

'Betsy and I are thrilled to have the opportunity to continue bringing the world of Bridgerton to a worldwide audience.'

Irish actor Calam Lynch has made the list, alongside Charithra Chandran, Rupert Young and Shelley Conn.

For what to expect from season two, click here.