Sherif has reportedly been banned from appearing on this weekend's episode of Love Island: Aftersun.

The islander was axed at the start of the series for, "accidentally [karate kicking Molly-Mae] in her groin very lightly."

It's believed Sherif is gutted that he's been excluded from the event.

According to The Sun, ITV bosses have told Sherif that he's not to attend, 'as his contractual agreements with the show had ended.'

The axed islander was however, advised that he is still entitled to his aftercare package.

A source tells the publication, 'Sherif is gutted.'

'He was really looking forward to having the chance to reunite with the other islanders who became his friends during the villa.' 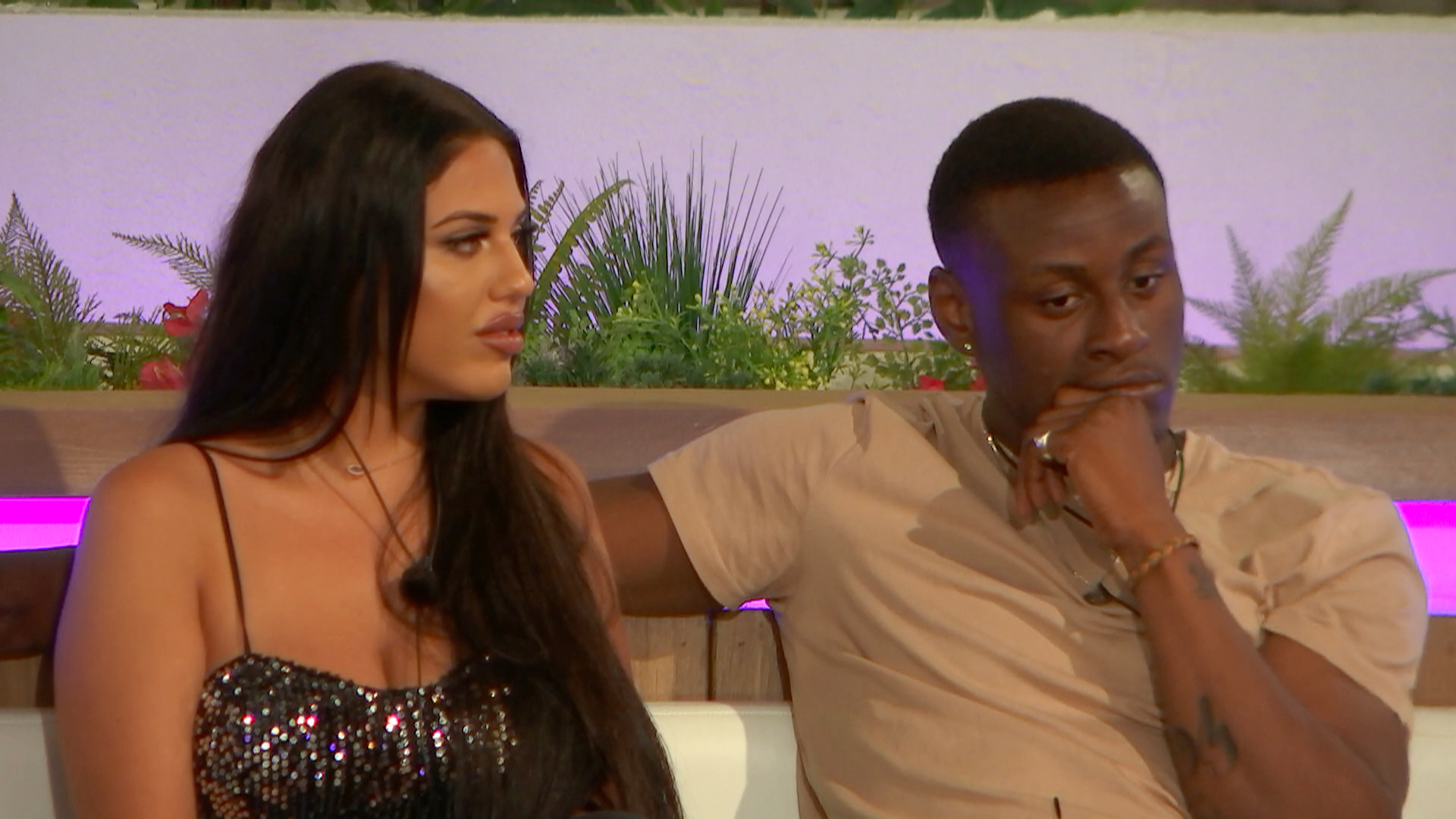 'Its hard to fathom why they wouldn't want him as he was so popular during his short stint on the show.'

'He made a mistake and apologised, so why he is still be punished is hard to fathom.'

A spokeswoman for ITV told MailOnline, 'Sherif left this series of Love Island by mutual agreement after breaking the rules...'

'There are no plans for him to appear at this weekend’s Aftersun reunion.'

Sherif's rep commented, 'It would of been nice for Sherif to see his friends at the reunion.'

'It's a shame ITV feel this strongly against him attending.'

Sherif was removed from the Love Island villa earlier this summer for 'breaking the rules.'

He explains what happened in an exclusive interview with The Sun.

"I was kicked out of the villa because I had a play fight with Molly-Mae and joking around with Tommy and Molly-Mae collectively."

"We were throwing karate kicks at each other - fake karate kicks. One accidentally caught her in her groin very lightly."

"Although shocked, she wasn't injured and I went on to say some pretty offensive or some pretty foul language to describe the incident."

Sherif says he turned to Tommy and remarked, “That’s a c*** punt.”

“We were all laughing and kept talking afterwards about different things, I can’t remember what."

“Molly-Mae must have heard it but didn’t seem offended so there was no need to apologise... There’s no way she made a complaint.”

Sherif apologises for what he said

The reality star admits his wrong-doing and apologises for what he said in the moment.

“I have never used the word before and I realise how insulting it is to women."

“As someone raised by a strong and loving mother, I want to say that I would never intentionally offend women."

“I was completely wrong and I apologise.”

“I know I have been stupid and let myself down but I was not being malicious."

“This has been blown out of all proportion and I have been made to look like a terrible person when I am not.”

"I was joking around and in hindsight it wasn't something I shouldn't have done."

"I was woken up a couple hours before we were supposed to, taken out of bed, called to the beach hut and given an instant red card by the directors..."

"They told me it was a decision above them... completely out of their hands."

"I would say I'm pretty upset that I didn't get to say bye to anyone."

Sherif feels he was treated unjustly

The former islander feels his removal was an act of, "unconscious racism."

“I was the only black man in the villa and I was kicked out after ten days."

“In my opinion, what happened was unconscious racism."

“My mum asked later exactly what part of the code I had breached."

"They said it related to ‘any other behaviour deemed inappropriate by producers’."

“I was sent home without the chance to pack my bags or say goodbye to the other contestants."

"I was treated like a criminal over a simple mistake.”

Sherif claims producers made him sign a statement apologising and warned him not to talk about what happened.

“The producers told me they would draft the statement for me."

"They told me it would damage my reputation if I stated the real reason I was being kicked out so they were leaving that bit out."

“The statement was written in another room then printed out for me to read."

“I asked for a few small changes where I didn’t think the language sounded like me, and once they had made those, I agreed they could send it out.”

“I felt like I signed the statement too quickly and I wish I had cleared this up straight away."

Sherif says bosses let others away with racial slurs

While Sherif was kicked off the show for 'inappropriate behaviour,' he says others were allegedly let away with racial slurs.

“There was one guy, who I will not name, who repeatedly used the N-word as he rapped in front of me."

“He said it two or three times and he was not pulled aside even though the code forbids racist language."

A spokesperson told The Sun, “We monitor the islanders 24/7 and we have no recording of the use of this offensive language."

“And, at no point, does anyone use that offensive language in rap lyrics or any other time."

"We do have clear rules on the use of language in the villa.”