Kanye's first Keeping Up With The Kardashians interview

Kanye West has given his first ever straight-to-camera interview on Keeping Up With The Kardashians.

He appeared alongside wife Kim on last night's season 16 premiere.

He said, "This is my first time doing this, I'm not actually attempting to do good."

Kanye went on to compare his family with Kim to the movie The Incredibles.

Later in the episode Kim attempted to mend a feud between Kanye and old friend Rhymefest.

Rhymefest tweeted some unfavourable comments about the rapper causing Kim to stand up for her husband.

However, Kim has since changed her stance on the situation.

After being convinced by Kanye, the three sat down for a reconciliation. 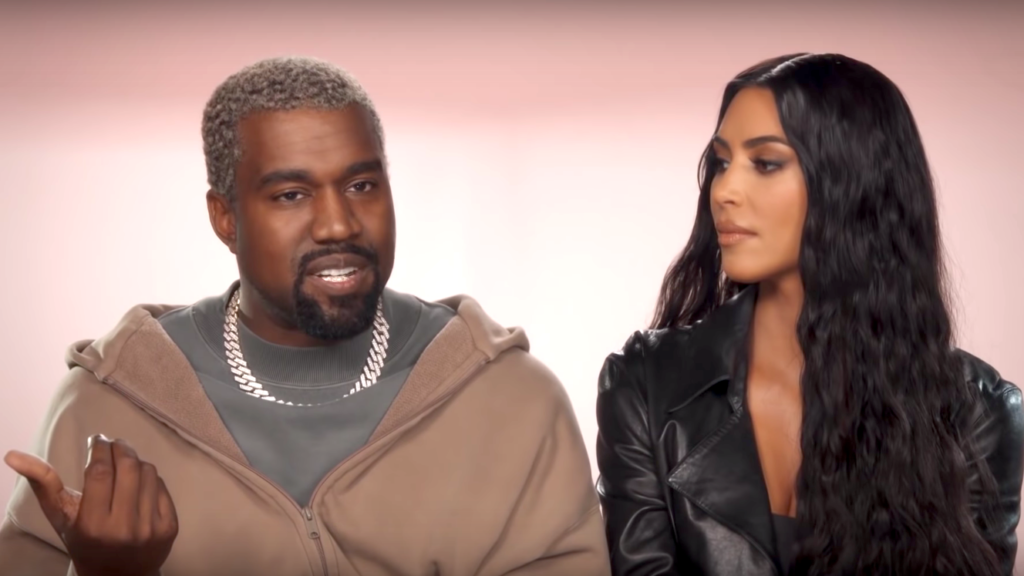 In the rest of the episode

Elsewhere in the episode Kourtney discussed a recent breakup.

At a lunch with Kris and Khloé she revealed, "I've been crying all morning, but Scott said, 'You should be celebrating that guy is out of your life.'"

To cheer her up, Khloé planned a girls weekend.

Kim and Kanye revealed to the family that they're expecting a boy via surrogate.

Kim said, "I'm very happy. I feel like the energy is going to be balanced."

But later she confessed to Kylie that she was, "low key freaking out."

The couple already have three children: North, Saint, and Chicago.

During filming for season 16 episode 1 Khloé and Tristan were still a couple.

In last night's premiere she said, "Me and Tristan are great and I'm loving being a mommy."

❥ My Everything ❥

Keeping Up With The Kardashians continues next Sunday at 9pm on E!.

Stream Keeping up with the Kardashians, available same day as the US on HAYU

TRAILER: Khloé Wants Another Baby With Tristan In KUWTK Finale