Here Are 10 Fun Things You Can Do In Dublin's Docklands

Dublin's Docklands have become a hub for young professionals with plenty of cool bars, cafes and hotels.

However, there's lots of hidden gems in this part of the city like watersports, one of the world most renowned recording studios and some of Dublin's most poignant history.

We've teamed up with VisitDublin.com to bring you some of the best things to do in Dublin's Docklands this summer.

The iconic shape isn't the only unique thing about the Samuel Beckett Bridge – it's the only bridge in Dublin that opens sideways! It's true! Head down on the second Tuesday each month to see it swinging open 👀 Class work @shutterdublin . . . #KeepDiscovering #LoveDublin #VisitDublin #Dublino #SurprisingByNature #BridgesOfDublin #SamuelBeckett #Bridges #SunsetSeekers

Did you know Dublin is home to Europe's leading tourist attraction for 2019?

EPIC stands for Every Person Is Connected and in The Irish Emigration Museum they examine Irish influence throughout the world.

Down in the IFSC you can hop in a kayak and see Dublin from a whole new perspective.

City Kayaking takes you out on Dublin's most famous river for 90 minutes. You can cruise along and take in some of our most iconic landmarks.

The sit-on-top kayaks can hold one, two or three people and it's the perfect activity to do in a group.

Brewdog is one of Dublin's best spots for wings and craft beer.

With a huge outdoor terrace and indoor space, you'll be spoiled with views across the water in Grand Canal Dock.

If you want to learn more about craft beer and taste some along the way you can book in for their Beer School.

Frankie is here to make all your Thirsty Thursday dreams come through! Cracking day down here on the docks!!

The Great Famine is a poignant part of our history that you can experience in the Docklands.

The Jeanie Johnston is a replica of the ships people boarded to flee to North America in hopes of a better life.

Here you'll learn the stories of passengers, their grueling journeys and the conditions that caused many to lose their lives.

Also, for the month of August kids go free at The Jeanie Johnston!

This memorial site on Custom House Quay is another place that captures the haunting history of The Irish Famine.

Gifted to the city in 1997, they commemorate the estimated 1 million people that lost their lives and 1 million that emigrated during this time.

Dublin sculptor Rowan Gillespie designed and crafted each of the statues.

During the famine, families had to make use of whatever food they could find. If potatoes were partly rotten, they were scraped, flattened and converted into potatoes cakes, now known as 'boxty'. This method was used throughout the famine, and the making of boxty continues today. Have you tried it? @svenpages 📸 #HistoryFromHome #MuseumfromHome #dublindocklands #dublin #tallship #famineship #famine #boxty #faminestatues #JeanieJohnston #emigration #irishhistory #ireland_gram #riverliffey #liffey #history #irelandtravel #irelandaily #discoverireland #discoverdublin #dublindaily #LoveDublin #dublingram #visitdublin

Windmill Lane Recording Studios is home to some of Ireland's richest music history.

Some of the industry's greatest have been in these studios including Kate Bush, Elvis Costello, The Cranberries, Depeche Mode, Hozier, Lady Gaga, Metallica, Spice Girls, Rod Stewart, The Rolling Stones, Ed Sheeran and U2.

With their visitor tours you can take a step inside the unique Art Deco building for an immersive experience.

As well as taking in the 40 years of music making, you'll be shown the technology, see a band recording and be treated to a few surprises a long the way.

The iconic building and its recording studios that have recorded artists such as Lady Gaga, Hozier, Westlife, U2, The Cranberries & The Rolling Stones are now open for exclusive tours to the public. Book Now (Link in bio) #windmilllane #windmilllanerecording #failteireland #presidentirl #lovedublin #tourismireland #discoverireland🍀

A post shared by Windmill Lane Recording Studio (@windmilllanerecording) on Feb 20, 2020 at 7:40am PST

Dine With A View at The Marker Hotel

Dublin's Docklands are home to many beautiful hotels and restaurants that offer spectacular views across the city.

However, it's hard to beat the panoramic waterside views of the rooftop at The Marker Hotel.

Situated in Grand Canal Dock, the rooftop offers relaxation and yoga by day, and a sophisticated cocktail lounge by night.

However bad the storm you are in, there is still sun somewhere over your horizon. ⠀⠀⠀⠀⠀⠀⠀⠀⠀ 📷: @katiem_ire ⠀⠀⠀⠀⠀⠀⠀⠀⠀ #DublinDocklands #grandcanalsquare #lovedublin #sunrise

For those looking for a thrill in the heart of the Docklands, Wakedock is the spot!

Tuition is available for those new to the sport or those feeling brave enough can take on the obstacle course.

Escape rooms have become hugely popular over the last few years but this one offers a whole new experience!

Based on a barge in Grand Canal Dock, Escape Boats is one of Europe's highest rated escape rooms.

You have 60 minutes crack codes, solve puzzles and uncover mysteries to make your way out of the boat!

'The black godies' team escaped the boat in 42:00min with no clues! Congratulations guys and we look forward to seeing you back on board. #escapers#escapedublin#escapeboat#escaperoom#teamworkactivity#friends#sundaymorning#sundayvibes#sea#captain#boat#sunnyday#

The guys at 3FE have made an impressive name for themselves in the Dublin coffee scene.

Having built the business from the bottom they now supply coffee all over Dublin in their own shops and others.

Their coffee is roasted in Glasnevin and is a must-try. We recommend heading to their Grand Canal St. shop for their espresso soft serve.

The sun is out, you know what to do. 😎⁠⠀ ⁠⠀ 3fe Espresso Soft Serve at Grand Canal Street.⁠⠀ ⁠However⠀ 📷 @cliffnotesirl

There's so much to see, do and explore in Dublin's Docklands.

For more ideas of how you can spend a fun day in the city check out VisitDublin.com. 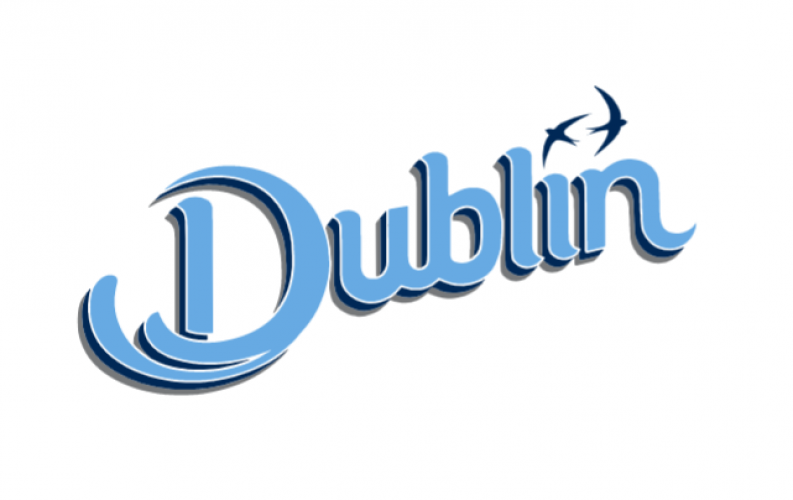