Mark Cuevas is going to be a dad

He shared the news in a post on social media over the bank holiday weekend.

This comes about three months after the pair went Instagram official.

Mark shared three pictures of him and Aubrey on Instagram.

In one photo, she wraps her arms around his neck and shows the camera the ultrasound.

The reality star revealed in the caption that they're expecting their little one next April.

He said he and Aubrey are so excited to embark on this journey together.

"We're super thankful and blessed and you know we're taking everything one day at a time."

The reality star admitted he is a little nervous, "but it is what it is and you know God's timing is God's timing."

"We're just super thankful for it but thank you guys so much for all the love and support."

Mark added that he's looking forward to being a dad. 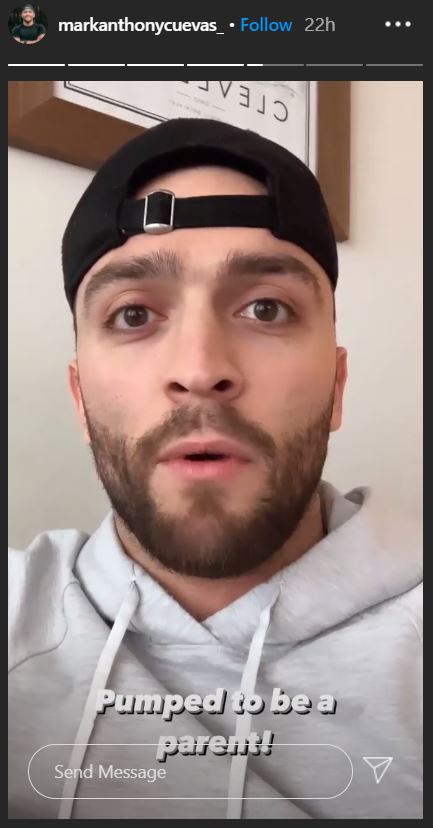 The Love Is Blind cast react

Mark's Love Is Blind co-stars have been reacting to the news in the comments section.

Damian Powers wrote, 'Congrats to you both brother!'

'You’re going to be an incredible dad and I wish all three of you all the love and happiness life has to offer.'

Love Is Blind! So incredibly lucky and blessed to have grown with you over these past two years! Thank you for doing life with me 💙

While Amber Pike said, 'Yayayayayayyyyy the word is out!!! Finally!! We’re so happy for you guys!!'

Late Post : Hanging out this past weekend and doing Taco Tuesday on a Sunday in honor of National Taco Day was fun and all, but the best part was definitely getting to meet @markanthonycuevas_ and @aubreyrainey_ sweet puppy @bluenosenova_ ! I’m so obsessed I literally gave my sweater to the puppy to make sure she was warm enough lol SWIPE to see how nova feels about @barnettisblind dad sandals, You won’t regret it!😂😂😂

Congrats to Mark and Aubrey!

Marvel Release First Trailer For Guardians Of The Galaxy Volume 3