Love Is Blind's Giannina Gibelli has a new man in her life following her split from Damian Powers.

She pretty much just went Instagram official with The Bachelorette's Blake Horstmann, months after reports emerged that the pair were dating.

Giannina shared a photo of them together during a recent trip to Spain.

She posted a mirror selfie to Instagram Stories, and in it, he's seen holding her in his arms.

However, she's blocking his face with her hand in the post. 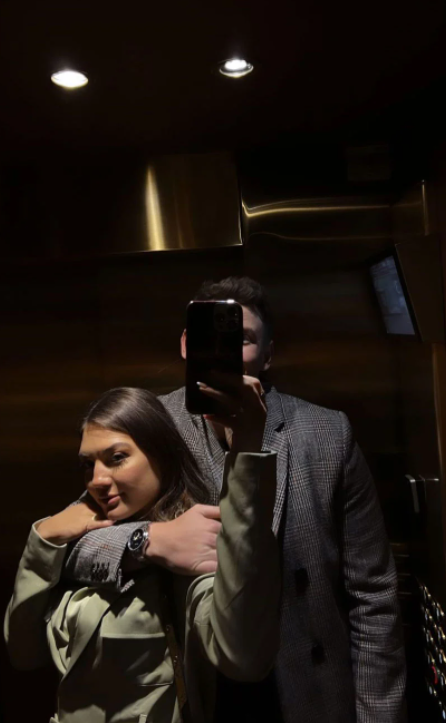 Rumours of a romance between these two first emerged in January.

At the time, a source told People Magazine, 'They're taking things slow. But [they] seem really happy together.'

And they haven't exactly been hiding the fact that they've been spending all their time together.

Despite keeping each other off their socials, they continue to post pictures and videos from the exact same locations.

And they look like they've been having a ball!

According to Page Six, they're in Spain now after jetting off to Italy last week to celebrate her birthday.

Giannina shot to fame on season one of Love Is Blind, where she was turned down at the alter by Damian Powers.

Season two dropped in February and is streaming now on Netflix.