UCD Puts Plans For 1,200 Beds On Hold Due To Rising Costs

University College Dublin has announced they have to put building plans on hold due to rising costs.

The university submitted a planning application to An Bord Pleanála in 2018. They wanted to increase the number of student beds they had by 3000, spreading them across seven residential blocks.

Over 900 student beds and a student facilities building have been provided at a cost of €145 million.

Due to inflation in the costs of building, UCD has shelved the next stage of their plan which would have built another 1,200 beds. 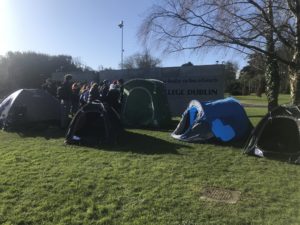 However, things could be up and moving again soon. A spokesperson for Simon Harris says the Department of Further and Higher Education are currently in talks with UCD. They say all options are being considered to restart the project. The department may help with building costs in return for affordable rent for students.

Number Of Homeless Children Above 3,000 For the First Time In Over 2 Years