Planning Permission For Hotel On Cobblestone Site Refused By Council

The controversial plan to re-develop parts of the Cobblestone pub in Smithfield in Dublin has been refused.

Dublin City Council said the design of the proposed hotel would both be inappropriate for the area and contrary to the development plan.

Locals, staff and others had complained that the re-development, while not removing the whole pub, would result in the loss of other cultutral spaces like classrooms. 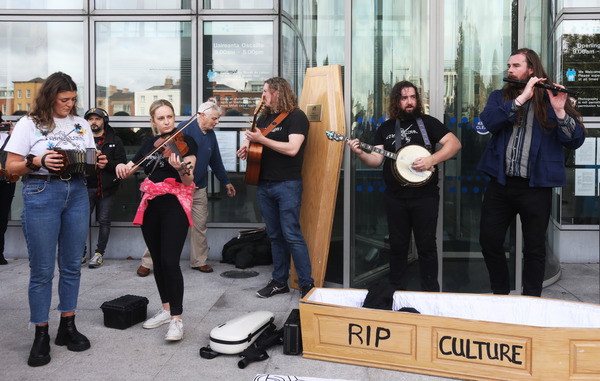 Publican Tom Mulligan has been the proprietor for 30 years.

He says he's overwhelmed by the support the public has shown toward the campaign to save the Cobblestone.

"I'm stunned by it, like it exceeded all our expectations that the place will become the success it did become."

"And it became that success through all the various people that were involved in that, musicians, dancers, singers, and the classes that used to take place there and still do."

Do I dare to hope for the future of cultural space in Dublin? #Cobblestone hotel application has been refused. 👏 Down to the people power of everyone who got involved! pic.twitter.com/DXp6QPA4vu

Green Party TD Neasa Hourigan says this is down to the effort people put into their submissions that went into the Council:

"We saw marches but also a huge number of people took the time to make observations."

"They're observations not objections."

"People want to protect their community and the cultural spaces that they have."

"I think the refusal is a testament to the time and effort that people took." 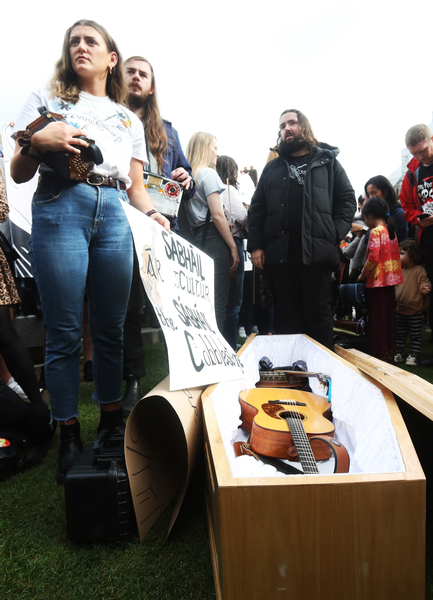 The Tánaiste said back at the start of the month that tourists come to Dublin exactly to experience places like this:

Leo Varadkar said on November 5th "they come to a city, whether it's Dublin or any other city or country, to see what's unique, to see what's distinctive."

"To see things, feel things and hear things they can't at home or anywhere else."

"So if you start to take away places like the Cobblestone you actually undermine our longer term offering for tourism."

However the developer may yet appeal this decision.

Research Finds People Over 50 Are More Content In Life