Peter Queally takes on Benson Henderson in Dublin at Bellator 285

The Once and Future King

On Friday, Waterford’s Peter Queally will step into the cage, to headline the latest Bellator event in the 3Arena. Anyone familiar with the man nicknamed “The Showstopper” will know that perhaps the name given to another famous Munster Warrior, King Cú Roí Would be more appropriate.

Known as "The hound of the battlefield" Cú Roí had mythical strength and power and was known to march fearlessly into battle, no matter the odds.  On Friday night, Queally will once again find himself facing a man that he is supposed to lose to, in the form of former UFC Lightweight champion Benson Henderson. 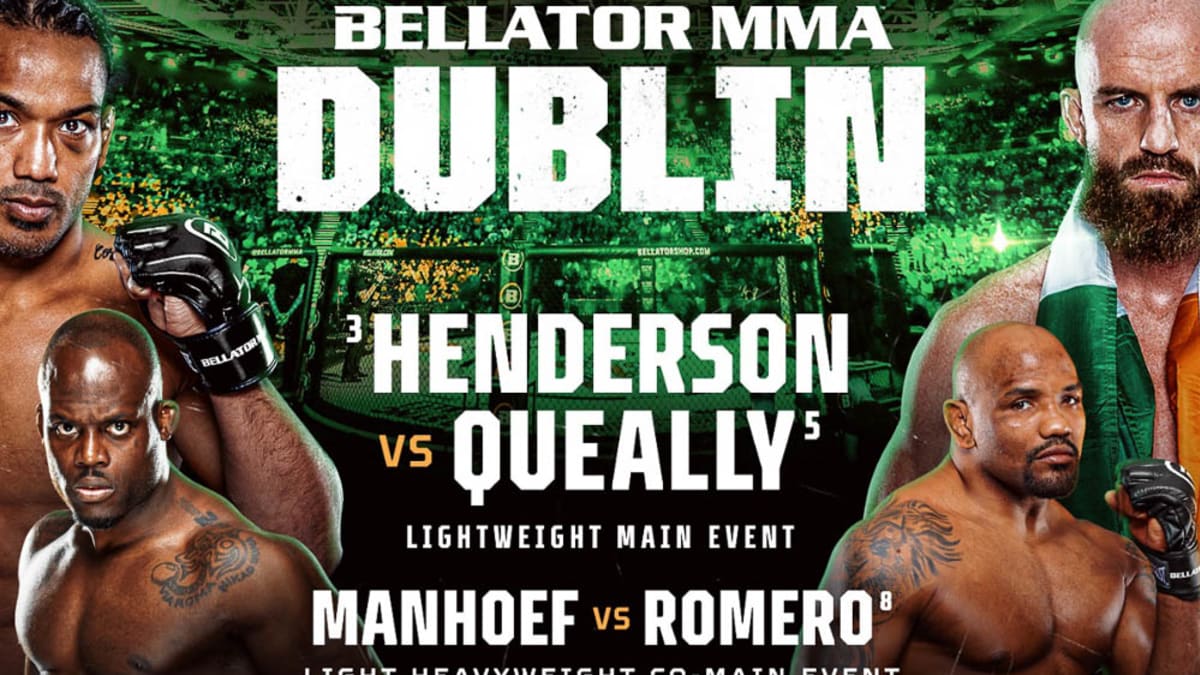 Queally, however, has made a career out of defying the odds. A man who had his UFC opportunity cruelly snatched away from him at the last minute due to visa issues. Instead, he had to take a path more suited to Jason Bourne than a top-level fighter. South Africa, USA, Poland, Italy, Russia and Kazakhstan have all been stamped and conquered. While known to most in MMA circles, as the iron that sharpened Conor McGregor’s skills in legendarily tough sparring sessions. “The Showstopper” has had to take the hard road at every turn.

In May last year, Queally was presented with the biggest opportunity of his career to date. A fight with the legendary Patricky Pitbull. Queally seized his moment with both hands (and elbows) to stop the Brazilian by TKO in the 2nd round. This would lead to a rematch with the vacant Bellator Lightweight World Championship.

Unfortunately, he would come up short in his attempt to add a world title to his name. But on Friday he will have the opportunity to add arguably an even bigger name to his resume. “Smooth” Benson Henderson boasts wins over the who’s who of MMA lightweights Jorge Masvidal, Nate Diaz and Frankie Edgar. Not to mention, tied for all-time title defenses with the legendary BJ Penn. While not at the peak of his powers after a string of injuries, Henderson still represents one of the toughest tests in a stacked Lightweight division. A win for the Waterford native brings the promise of even bigger nights to come for Irish MMA.

Queally’s headlining card will see spotlight shining opportunities for the likes of Ciaran Clarke and Darragh Kelly. With McGregor’s absence and James Gallagher's unfortunate injury woes. Queally’s achievements, helped by his spine-tingling entrance to The Cranberries ‘Zombie’ has ensured the presence of big-time MMA in Ireland has continued. Here is hoping Friday night brings another show-stopping highlight for his for his impressive C.V.