Weeks after the original plan was rejected, a fresh attempt to redevelop Dublin’s Cobblestone pub has been lodged.

The family that runs the famous trad venue in Smithfield say the changes don’t cut it.

A nine-storey hotel planned for above the Cobblestone Pub was described as a soulless monument to greed - with 700 objections, thousands signing an online petition and protests over the loss of the city’s cultural heritage.

The latest version includes a purpose built performing space at the back of the site, replacing the bar's backroom that's used for teaching, rehearsing and performing trad music.

It also sees the hotel’s height reduced to 7 storeys.

"I think if that was to go through, it wouldn't really take into consideration a lot of people's feelings."

"The emotions of a lot of people who are involved in this very close to it." 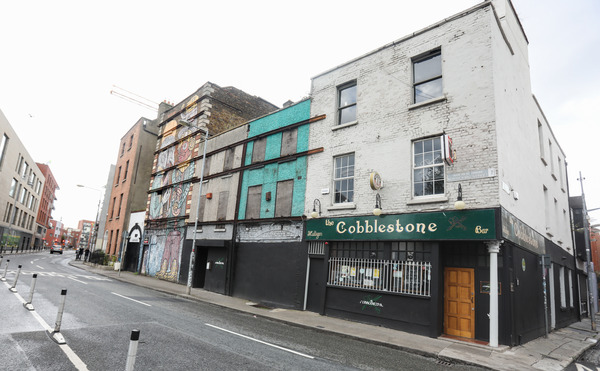 Ian Lumley is from An Taisce, one of the group’s that objected to the original plans;

"It's still an over scale development."

"It still would tower over the existing building, which will be more than twice the height."

An Bord Pleanala is due to make a decision in May.

Hundreds Protest To Save Cobblestone Pub