More Than 70 Dead After Massive Explosion In Beirut

Beirut, the capital of Lebanon, experienced a massive explosion yesterday

More than 70 people are dead and thousands more are injured after a massive explosion in Lebanon's capital Beirut.

It's being blamed on tonnes of fertiliser chemicals which had apparently been stored unchecked for years.

The blast - which saw a huge mushroom cloud rising into the sky - has destroyed much of the city's port area.

Hospitals are overwhelmed - they were already at capacity because of rising coronavirus cases in the country.

Irish citizens in Lebanon are being urged to shelter in place until they can move safely.

People are also advised to follow the instructions of Lebanese authorities.

The Embassy is aware of an explosion in Beirut this evening. Irish citizens who may require assistance should contact the Embassy. We advise all citizens to shelter in place until they can move safely. We also advise that you follow the instructions of Lebanese authorities. pic.twitter.com/8dJ6xGGleK

The resulting shockwave was felt as far away as Cyprus - more than 200km away.

Pictures also showed a scene of devastation with cars upturned and emergency crews gathered around the gutted building. 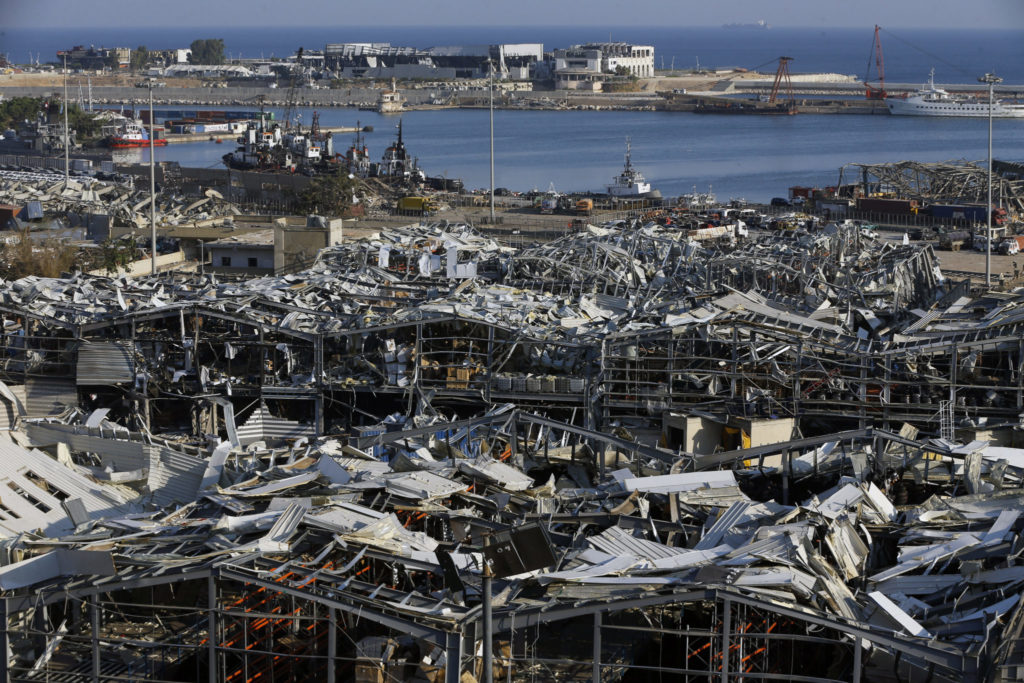 The explosion appeared to be centred around the city's port area containing warehouses, and rippled through several areas of the capital.

Anger As Large Crowds Gather In Both Cork And Galway