Day 12 in the Love Island villa and the new boys make their big arrival.

Elsewhere Connagh tells Siânnise about his kiss with Rebecca.

And the lads take part in the Lads Vegas challenge. 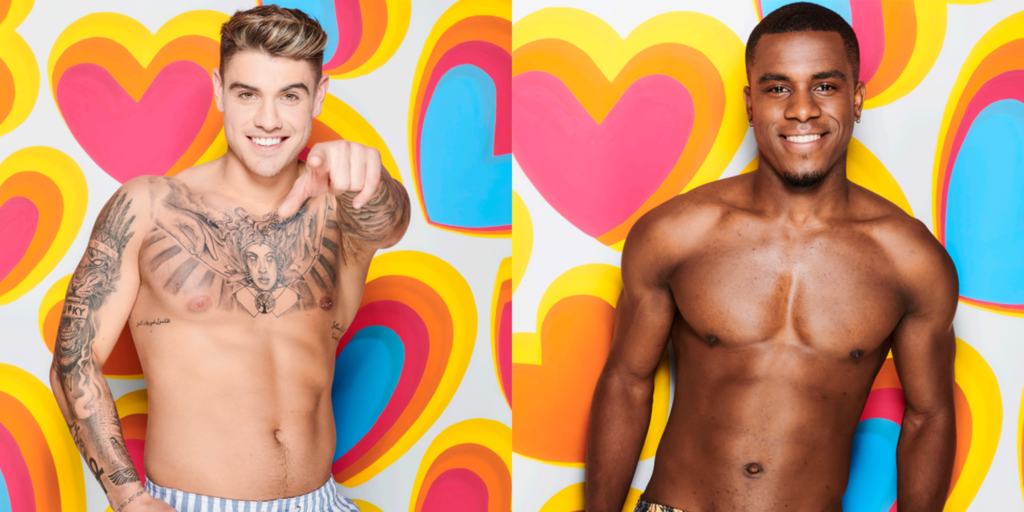 Here are your day 12 spoilers:

Connagh and Rebecca are feeling giddy about their kiss.

But soon after the lads make it clear that Connagh needs to update Siânnise sooner rather than later.

Finn says, "I think do it as soon as, so she doesn’t hear if from someone else. I think that’s the best way forward."

Connagh admits, "I’m trying to think of the best way of going about it."

In the Beach Hut Connagh says, "It’s never nice to tell someone that potentially does like you, ‘Oh by the way I have just sort of kissed someone else’."

"That’s not going to be nice to hear. The last thing I want to do is lead her on and not be truthful with her."

So Connagh asks Siânnise for a chat at the bar.

Speaking about Rebecca he says, "She’s pretty much made it clear that she does like me."

"And I did say I’m quite attracted to her as well. I want to tell you and not be dishonest with you."

Siânnise replies, "I’m glad you’ve come to talk to me and be honest."

Connagh says, "I don’t want you to feel how I was with Sophie, not knowing."

Siânnise says, "I’m glad you’re getting on well with Rebecca and that’s absolutely fine. I’m glad you’ve told me. I appreciate that."

Before they finish taking Connagh adds, "One other thing I do want to tell you, because I don’t want you to hear it from anyone else, we did share a little kiss."

"And if you feel you’ve got a connection with Rebecca then honestly go for it and I wish you all the best. Thanks for being honest."

Connagh says, "You don’t deserve to be lied to, you’re a lovely girl."

Later In the Beach Hut Siânnise says, "He did this to me literally last week and he’s done it to me again."

"Have I got mug written on my forehead?"

"But if you are going to keep doing this to me, I don’t want to bother with you anyway, so your loss hun."

In today’s challenge the Islanders head to ‘Lads Vegas’ where everything that happens there definitely doesn’t stay there.

The boys wear Elvis costumes and have to dance their way over to the roulette wheel.

Once there they perform for the girls as they shower them with money, which the boys need to try and catch.

And that’s if they can actually get up the slippery slide and reach the chapel.

Rebecca laughs, "My first proper challenge and I’m getting ‘wifed off’ already…"

Connagh teases, "A kiss last night and I had to put a ring on it this morning!"

Leanne jokes, "Yesterday I had a chat with Mike, let’s just take this slow, and then we’re getting married today."

The new Lukes arrive at the villa

The girls learn that two new boys are arriving and that they will host a welcome drinks party.

As Shaughna yells, "Siânnise - it’s operation get you a man!"

Rebecca admits, "I really like Connagh, but that’s not going to stop me getting to know two new boys."

In the Beach Hut Connagh says, "This is what I’ve been dreading a bit – it’ll be interesting to see how I handle it."

As the boys watch on from the top deck Mike asks, "Has anyone actually had concrete reassurance [from their girls?]"

Meanwhile, the girls are describing the boys they'd ideally like to walk in.

Siânnise says, "I want someone with a bit of swag!"

As Luke T and Luke M enter Siânnise admits her "heart is racing".

While Connagh watches on and says, "this is torture".

Later the Islanders all gather around the fire pit to get to know the new arrivals.

Luke T asks who is coupled up with who.

Finn’s answer doesn’t quite hit the right note for Paige.

And the night’s not over yet.

Next both Lukes learn the public have been voting for them to go on dates.

So who has the public chosen?

In the meantime get to know the two new Lukes here and learn about our Love Island Instagram filter here.

Have A Christmas Cheers with Carlsberg!