This Year's Most Discussed Topics On Twitter In Ireland Revealed

Love Island, Brexit, Lewis Capaldi as well as Climate Strike were among the most discussed topics on Twitter in 2019.

The social media platform has unveiled it's most popular hashtags and handles among Irish users. 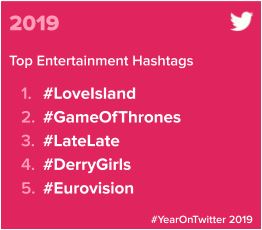 Naturally, other popular tv shows such as Game of Thrones and Derry Girls were also featured among the list.

However, in terms of tweets, there was one entertainment story that trumped all:

This has been a burden in my life for a few years now and finally I have got to the bottom of it...... pic.twitter.com/0YqJAoXuK1

Stars Irish people were talking about

However it wasn't Coleen Rooney or Rebekah Vardy that had the most mentions by Irish users, that went to Lewis Capaldi.

Irish sport also featured among the topics of conversation, especially around Katie Taylor.

This tweet from when she became the undisputed lightweight champion was one of the most reacted to all year:

What a grueling and amazing night at MSG! Dream come true to come away with all the belts. It was a very close fight but mission accomplished! Thanks so much to the fans for all the support. Today is a day for celebrating with family as UNDISPUTED! pic.twitter.com/xKsSsT6Xjr

It was one of the most tweeted about social issues this year, along with Climate Strike. 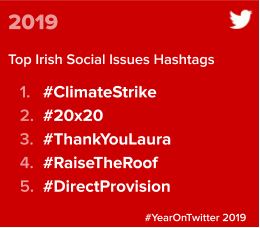 Finally, the biggest news topic of the year was... Brexit. With British politicians still sitting on their hands over what kind of Brexit they want, and multiple extensions, we're still at a complete impasse. 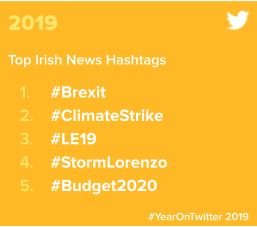 #ClimateStrike, the local elections (#LE19), Storm Lorenzo and the Budget made up the top five.

5 Top Tips When It Comes To Picking A Wedding Photographer