The Kooks are coming to Fairview Park for a show June 28th next year.

With support from Blossoms and The Lathums, tickets go on sale 10am this Friday morning. 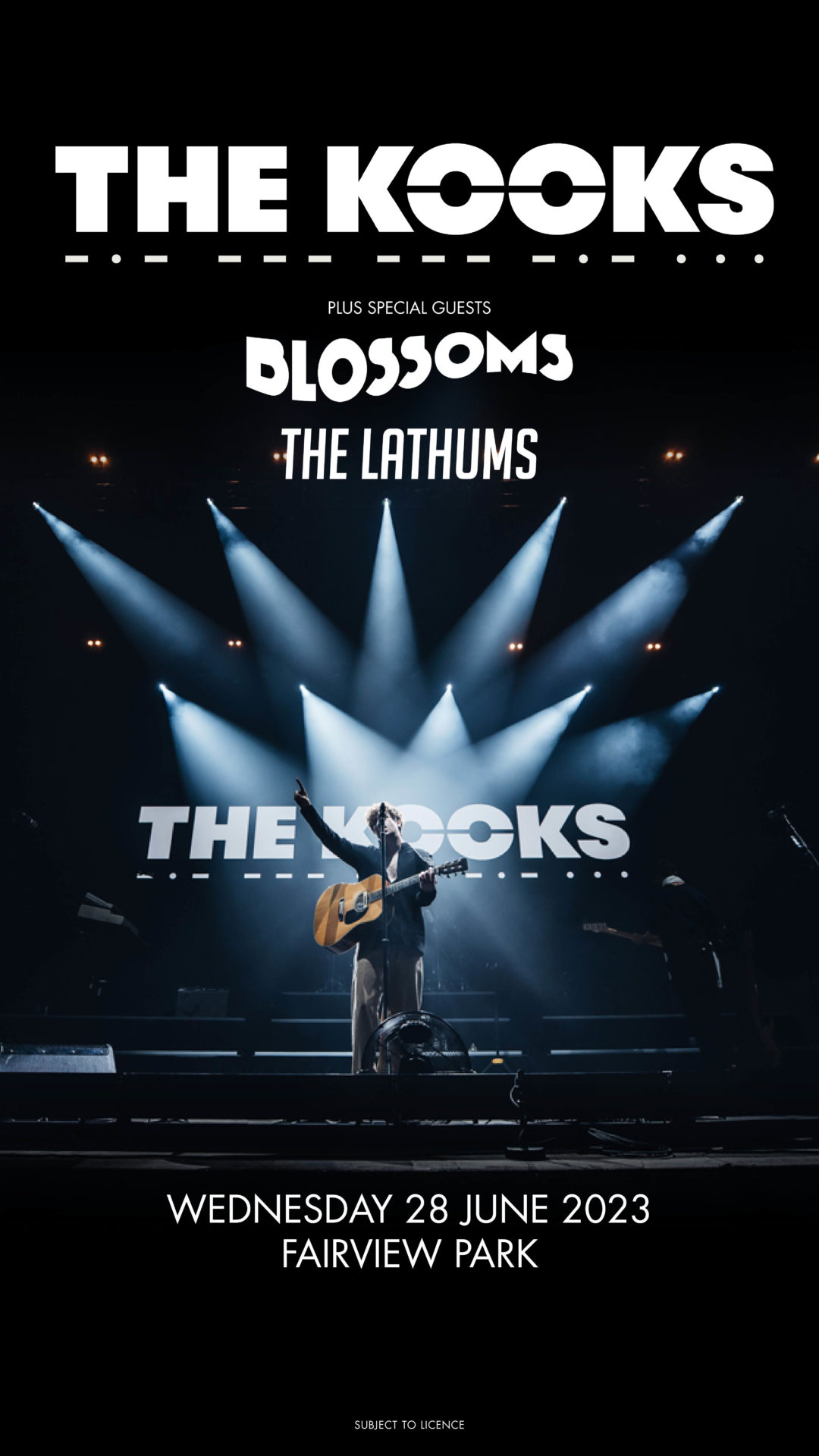 The band are currently celebrating the 15th anniversary of their debut studio album Inside In/Inside Out.

The quadruple-platinum selling album boasts hits including BRIT Award nominated She Moves in Her Own Way, You Don’t Love Me and the band’s top five single Naive.

Talking about the current tour Luke Pritchard said: 'After this long hibernation we are so excited to celebrate 15 years of our first record Inside in/Inside out.'

'We wanted to play all the songs from the album along with some fan favourites spanning our entire career as a thank you to our fans for all the love that’s kept the album alive, growing and finding new ears since we put it out in the noughties.'

'Get your tickets and come party with us!'

Tickets are priced from €55.00 including booking fee.

The Kooks Set To Play The Olympia Theatre Next January