Tickets for the show, which is part of the European leg of The Amelia Tour, go on sale Thursday 20th October at 9am. 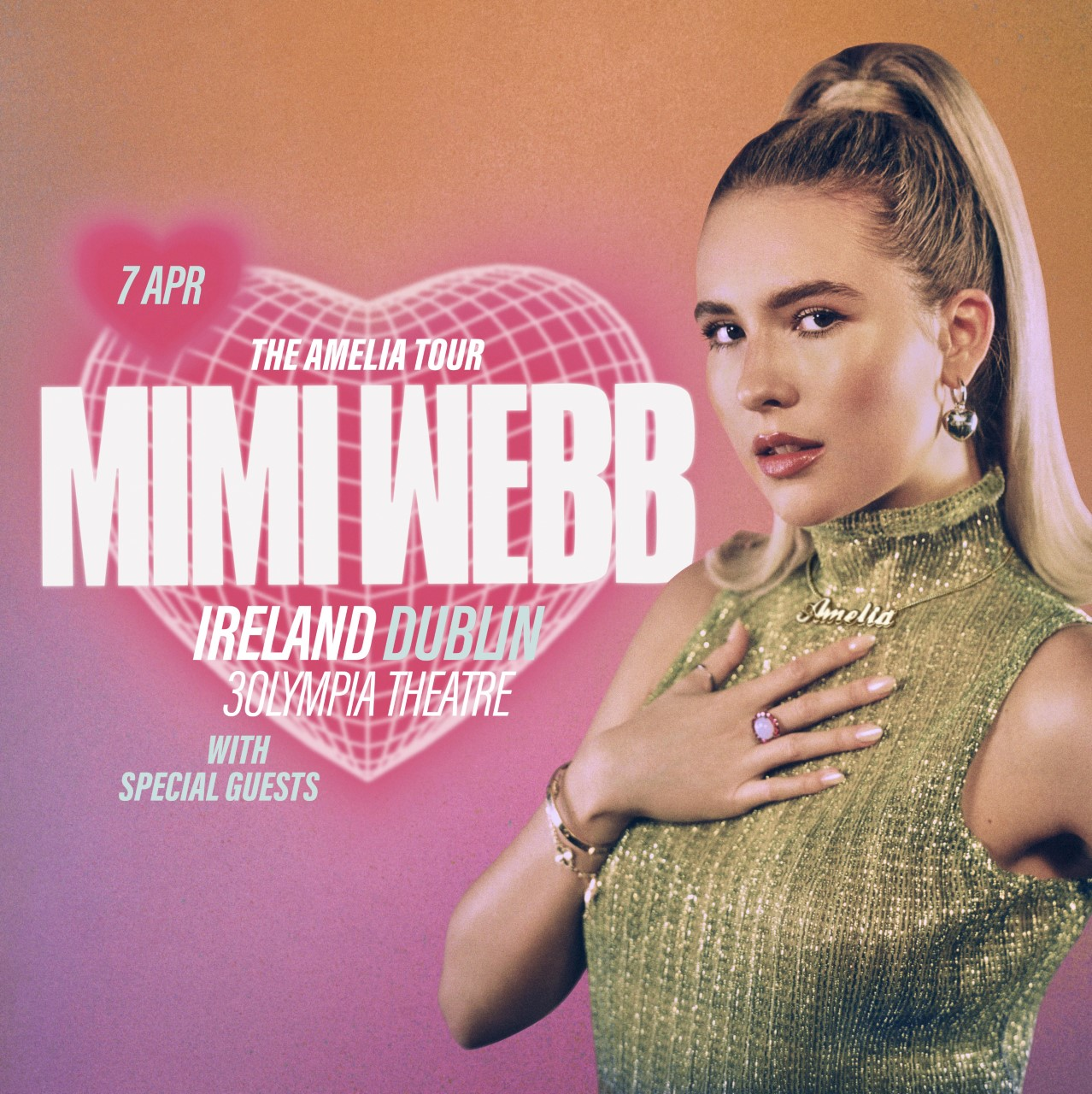 The announcement comes alongside news of the upcoming release of her debut album Amelia.

'Announcing my first ever album is such an important moment in my career that honestly, sometimes I wasn’t even sure would happen,' Mimi said.

'But after 3 years of hard work, I just can’t wait to share this body of work with all of you who have helped me get to where I am today.'

'The album is named Amelia, my full first name, as there are two sides of me that I want people to get to know.'

'There’s Amelia, the girl from the UK countryside who loves to be at home with her family, friends, and dogs; and Mimi, the pop artist who loves to be up on stage traveling the world.'

'It was important for me to capture this duality with songs written for both of those girls, and I’m excited for you all to get to know them!'

Mimi only recently released the album's lead single Ghost of You and it's a bop!

Tickets for her Dublin show are priced from €22.00 including booking fees.

Mimi Webb Adds Extra Date At 3Olympia For Next April