Stevie-Leigh Pich admits to MailOnline that his decision to take part in the dating series has been, 'very hard to digest.'

She makes the revelation that they only split up seven weeks ago and she's still living on his Australian visa.

Connor was announced this week as one of the 12 contestants taking part in the new winter series.

In his interview, he talks about his ideal woman and the perfect date but fails to mention a very recent ex.

Stevie-Leigh says, 'The whole four years he was living in Australia with me – he wasn't on his own.'

Seeing out 2019 just the way I wanted it! 7 months of hard work building @naked.barista and finally all ready for the new year. After leaving my whole life behind in Australia, to come home and start this all from scratch has finally proven it was all worth it! it’s been a bumpy ride but we’re thereI know this is just the start but I’ve learnt that if you want something that bad, you will always find a way! Less than 2 weeks till the website goes live and we’re all up and running. Please follow the journey! so many plans for 2020 @naked.barista

'I've been living in Australia for four years. In that time, I've grown up, done everything myself…'

His ex girlfriend however, begs to differ, 'I cooked, cleaned and did every single thing for that boy.' 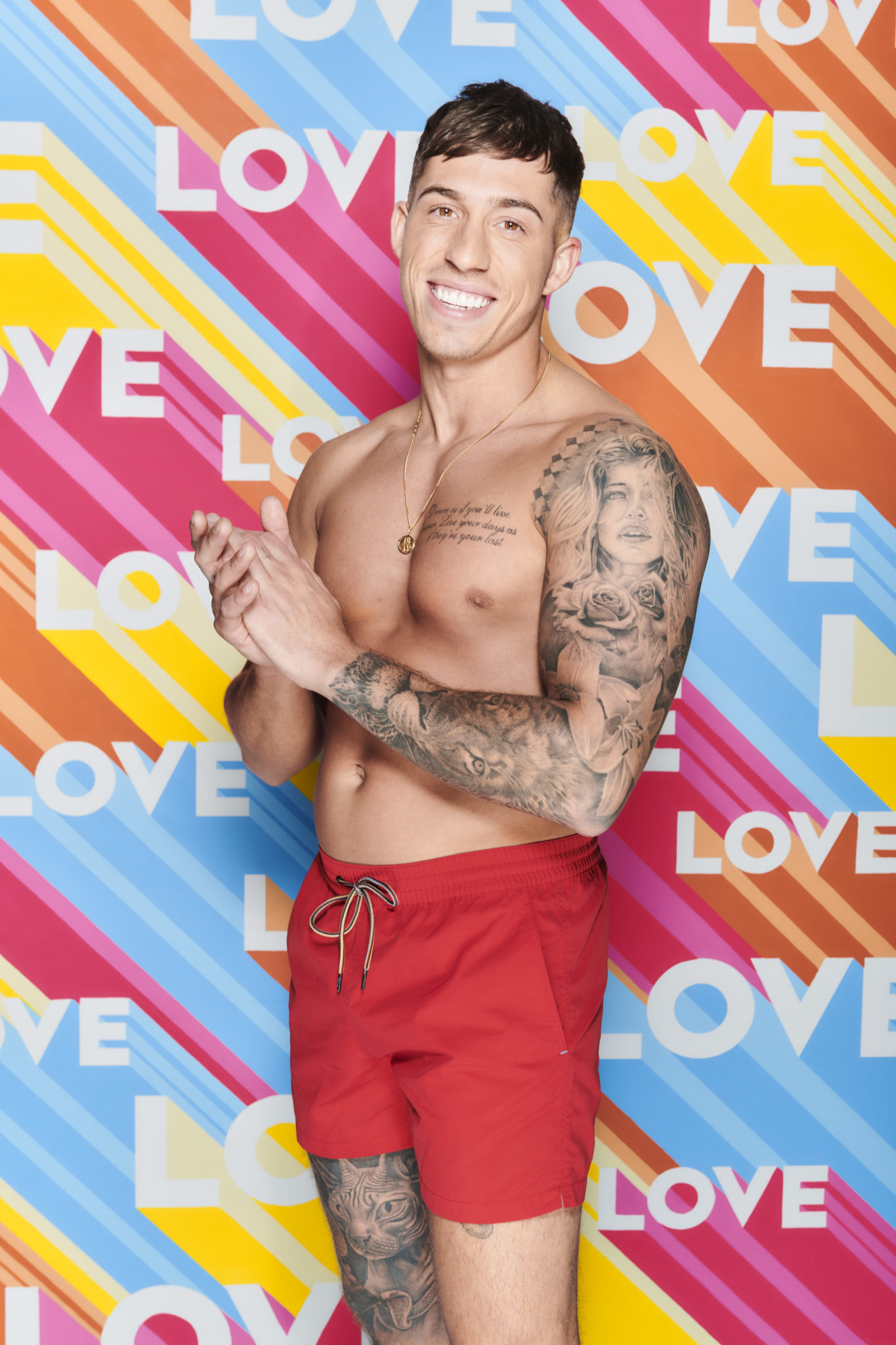 'It's been horrendous. It's very hard for me to digest what's going on.'

matching with little louis. Can’t wait to take him for his first tattoo I’m sure his mum and dad will love that

The best date ever

The new islander describes the best date he's ever been on and it took place in Sydney.

'When I was in Sydney, I met this girl on Instagram and messaged her because we had mutual friends.'

'I booked this cinema in the park with a double bed, bottle of champagne and we watched A Star Is Born - best first date ever.'

BBQ with my Louis ☀️

Stevie-Leigh however, claims this never happened.

'I don't know when that was but he was seeing me, we went to Thailand together in July last year, we were planning on buying a house together!'

She also claims he's lying about his career as a coffee bean salesman, 'It's a load of bulls**t, he's been a roofer for the last seven years!'

Stevie-Leigh goes on, 'He's trying to launch his own business but I had to think of the name, the brand, everything...'

'I was even going to do his accounting for him. It's crazy.'

'It's his dad that works with coffee and vending machines.'

Beach days are the best days

And according Stevie-Leigh, he professed his love for her weeks ago in London.

'I last saw him seven weeks ago, he drove down from Brighton to London, spent the night with me in my hotel, took me out for dinner, we went for cocktails, he was saying he loves me but wanted me to go back to Australia to sort myself out.'

Connor was fuming when SHE auditioned for Love Island

It turns out Stevie-Leigh actually auditioned for Love Island herself last year.

She and Connor had moved back to England at the time and their relationship was on the rocks.

When he found out she had the audition, he allegedly tried to talk her out of it.

Okkkkk then. Don’t get better away days with my boys

Stevie-Leigh explains, 'I had an interview for Love Island last year, the series with Amber and Ovie.'

'Connor found out and was giving me loads of abuse saying, "You wouldn't get on it, you'd hate it, you wouldn't be able to cope with it."'

'I also had an interview for Love Island this year, the same series he's going on and he went crazy when he found out.'

Here’s to a chilled weekend, @ollieb1992 sorting me out with my new fringe ✂️

Go here to find out more about Connor and the new islanders.

Love Island's Sophie Insists She & Connor Are 'Not Together At All'