Rumours of a romance between Maura Higgins and Giovanni Pernice have been circulating for a while now.

The former Love Island contestant shared a photo of herself holding hands with a mystery man at dinner.

Two wine glasses can be seen sitting on the table, and a half eaten dessert too.

Online publications are reporting this mystery man is in fact the Strictly Come Dancing professional. 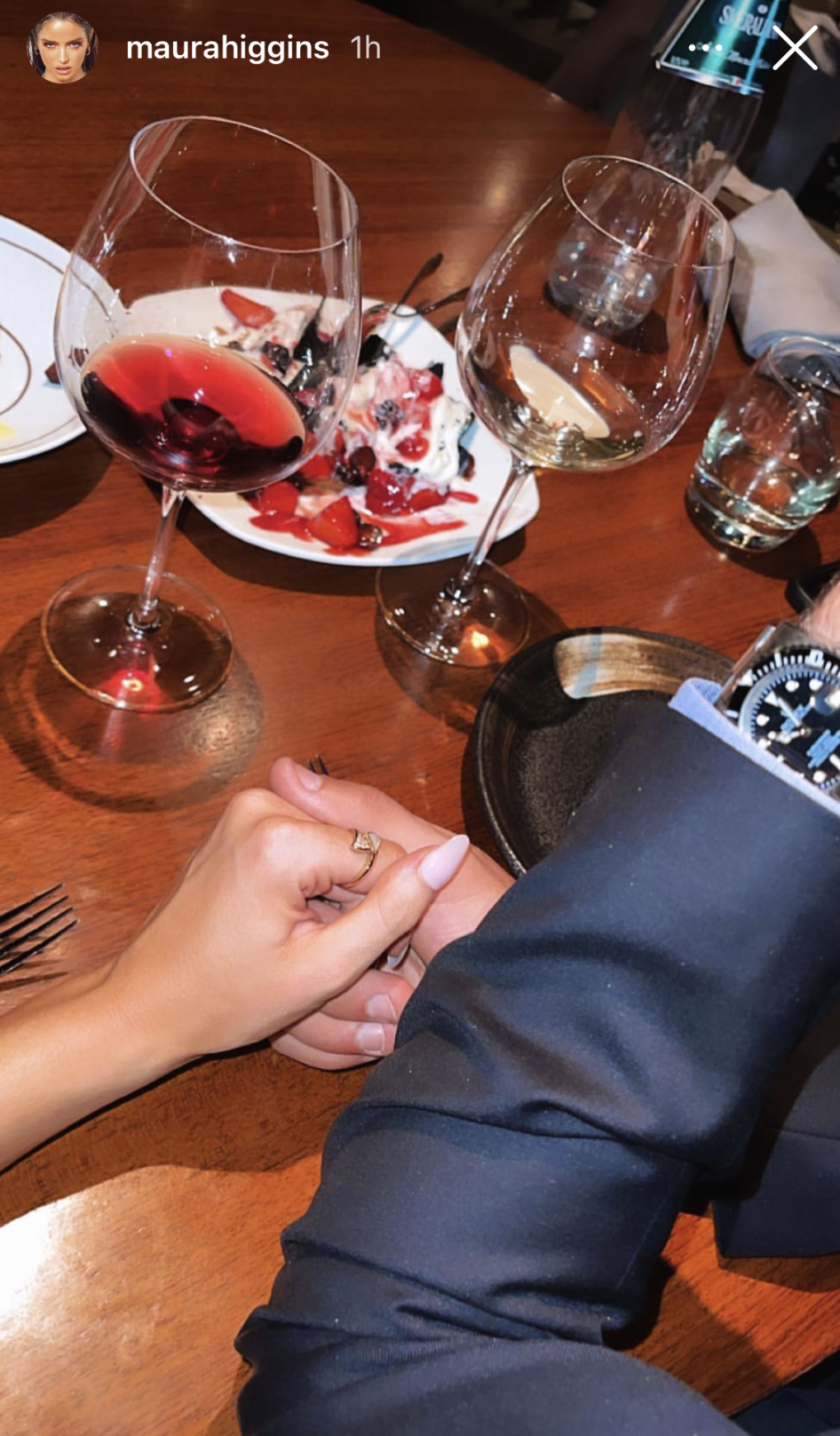 They sparked romance rumours after they were spotted out together in Blackpool last week.

An onlooker told MailOnline, 'They turned up with a large group of friends.'

'They'd booked a VIP area of the venue to themselves and everyone was having a good time, dancing and singing.'

The source said Maura and Giovanni, 'looked totally smitten with each other.'

'They spent about an hour away from the group playing pool.'

A separate insider told MailOnline, 'Gio and Maura are very much a couple.'

They continued, 'Everyone know he's played the field in the past but he is serious about Maura.'

'He's smitten with her, they've become close really quickly and are spending a lot of time together in Blackpool.'

The insider revealed Giovanni has already introduced Maura to the cast and crew of his new show with Strictly judge Anton, titled Him And Me.

'Maura has also met Anton and they got on brilliantly.'

Maura Higgins Has 'Severe Inflammation' Around Her Bladder