It's all over for Maura Higgins and Chris Taylor.

They announced the news in lengthy statements on Instagram Stories today.

She began, 'It breaks my heart to even type this.'

'But I wanted to let everyone know that myself and Chris have made the joint decision to end our relationship.'

'There is no wrong doing on either side...' Maura insisted.

'We still love, care & respect each other deeply.'

'From the minute we met each other we've been very close friends and that will never change.'

'There is no regret. Life is about taking chances.' Maura continued.

'We wanted to make this work but we realised we work better being friends.'

'Whilst I appreciate people may speculate or create false stories, this is the truth.' 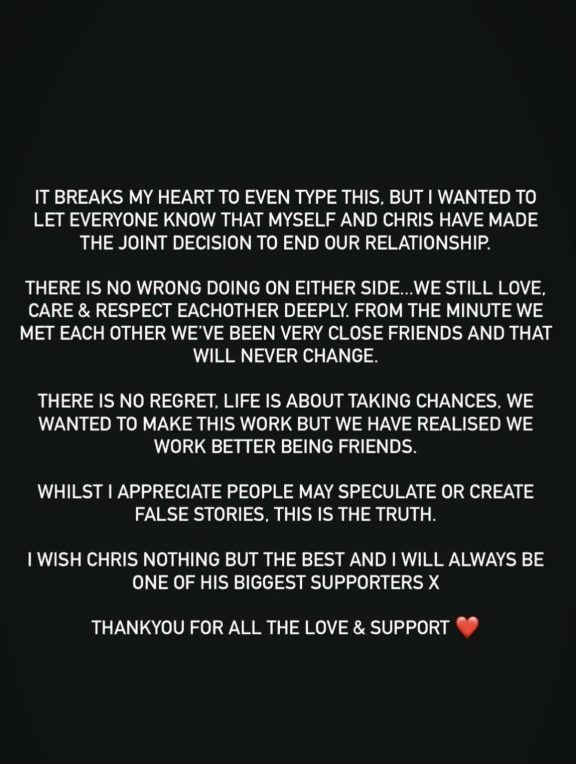 He wrote, 'Hey guys. After some very heart felt conversations over the past few days, myself & Maura are very sad to announced that we have decided to part ways.'

He went on to say they are both still on, 'very good terms,' and insisted this was a, 'mutual decision.'

Chris said they're both going through a very, 'tough time with this,' so he's asking for people to take any speculation with a, 'metric tonne of salt.'

Read his full statement below: 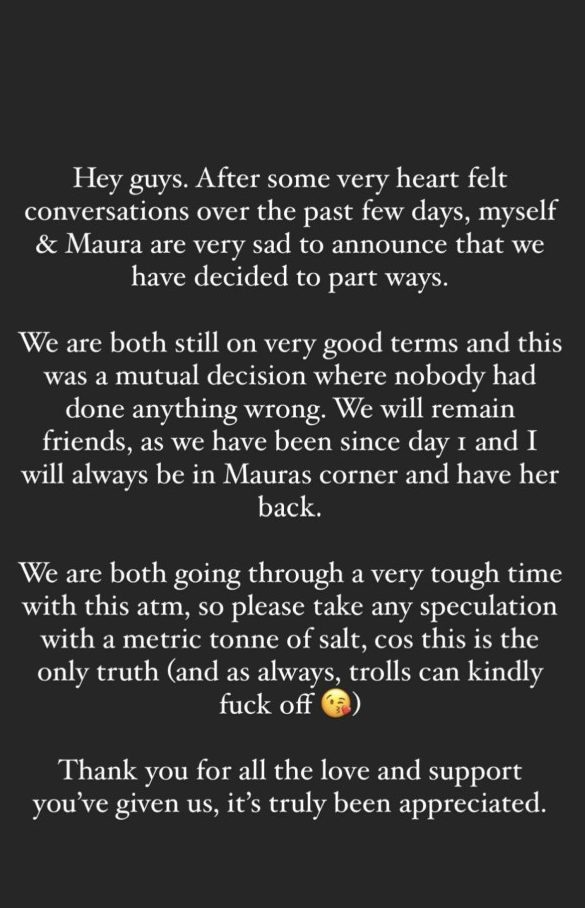 Chris Taylor Shares Adorable How It Started, How It's Going Post With Maura Higgins