Jade Thirlwall hits out at the media

Little Mix's Jade Thirlwall has hit out at the media for constantly confusing her with her band mate Leigh-Anne Pinnock.

It's after an online outlet used a picture of Leigh-Anne in an article about Jade.

Taking to Instagram Stories, Jade hit back, 'If you’re going to copy and paste articles from other accurate media outlets, you might want to make sure you’re using an image of the correct mixed race member of the group.' 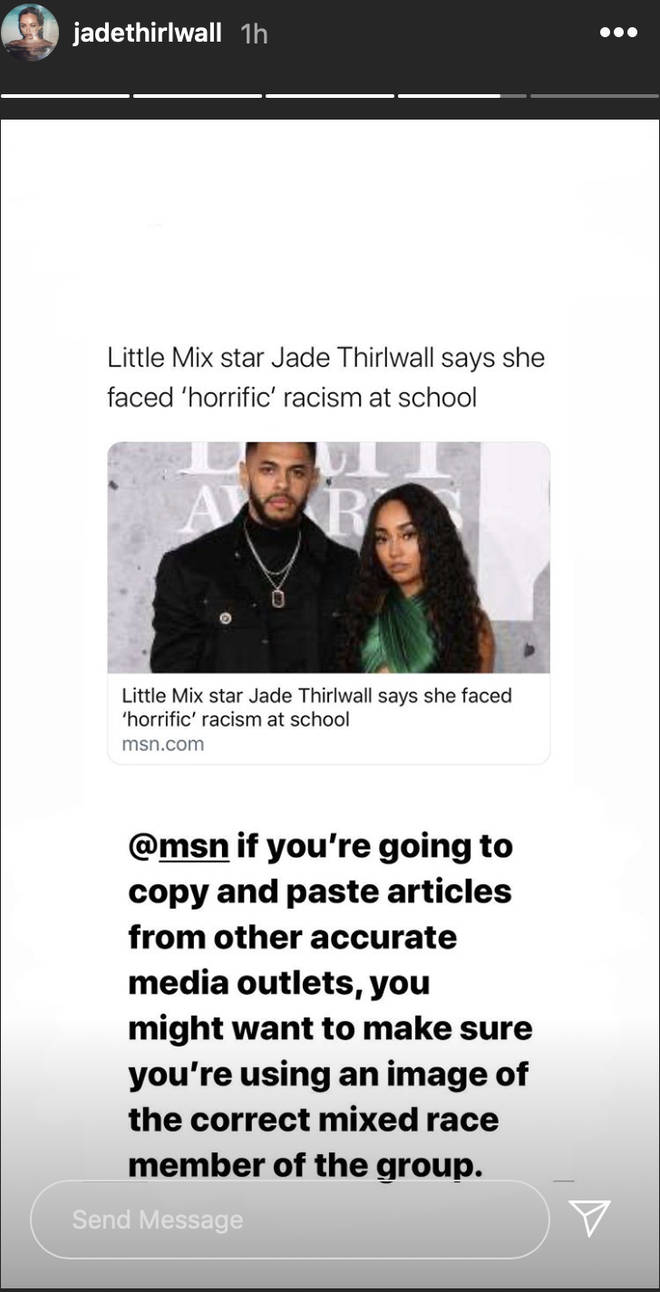 In another post, Jade admitted, 'This s**t happens to @leighannepinnock and I ALL THE TIME that it’s become a running joke.'

'The amount of interviews where we get mixed up, I couldn’t count how many photographers or journalists over the years that have shouted for one of us on set and when we’ve walked over they’ve said, 'oh, you’re Jade?' And awkwardly brushed it off as it’s a simple mistake when we both really know why.'

The singer went on, 'I’ve even had, 'Oh sorry, you look similar.' Really?! I’m done with us just having to laugh it off now…'

She continued, 'It offends me that you couldn’t differentiate the two women of colour out of four members of a group.' 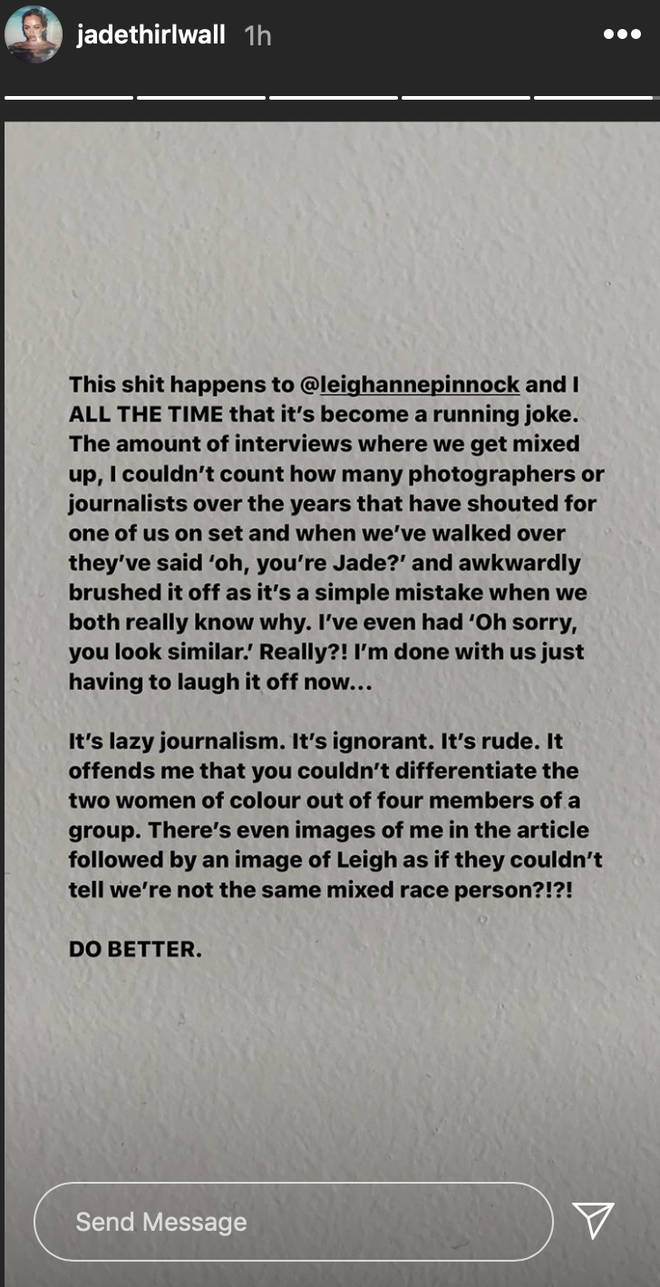