The head of the UN's warned we're losing the 'fight of out lives' as he opened the Cop27 climate conference in Egypt.

Antonio Guterres has told world leaders that putting the issue on the backburner because of wars like the one in Ukraine would be 'unacceptable, outrageous and self-defeating'.

The impacts of climate change are here now, and the loss & damage they cause can no longer be ignored.#COP27 must agree on a clear, time-bound roadmap reflective of the scale and urgency of the challenge.

It's a moral imperative and a question of solidarity & climate justice pic.twitter.com/YEJXFd7QFF

Taoiseach Micheál Martin is among the 120 world leaders at COP27 this week.

"The clock is ticking."

"We are in the fight for our lives and we are losing."

He added, the planet is fast approaching the "tipping point" where climate chaos will be "irreversible."

"We are in the fight of our lives and we are losing".

UN Secretary-General, Antonio Guterres, says "we are on a highway to climate hell" with greenhouse gas emissions and global temperatures both rising.
https://t.co/E3uvwV23xx

Governments have been urged to tax the profits of oil, coal and gas companies.

Leaders are also facing calls to redistribute money to people who are struggling to pay food and energy bills, and to less well-off countries who are disproportionately affected by the climate crisis.

Taoiseach Micheál Martin says the Irish government will be focusing on practical targets:

"For example the target we have with offshore wind," he said at the conference in Egypt today. 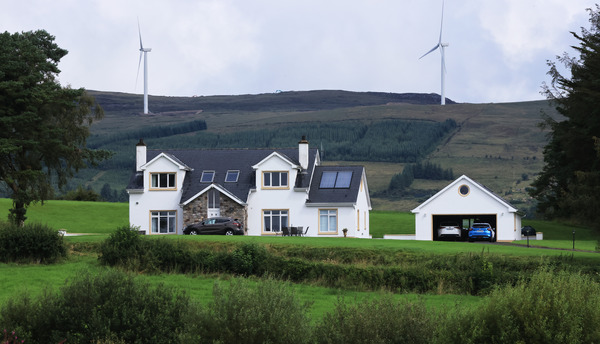