A Christmas light show that is wheelie good for the environment!

Pedal power will keep the Christmas tree lit on Dun Laoghaire pier's bandstand for the first two weekends of December.

The initiative, from the local Council, is among a number of moves it says will be the environment at the top of it's Christmas list.

It is important to mention - these walks are totally free, they're open from 4pm to 8pm Monday to Friday.

The trails are also accessible and a buggy will also fit.

Cathaoirleach, Cllr Mary Hanafin, says the pedal power initiative is an attempt to harness the cycling culture that lives in the area;

"Now we can bring Christmas sparkle through pedal power!" 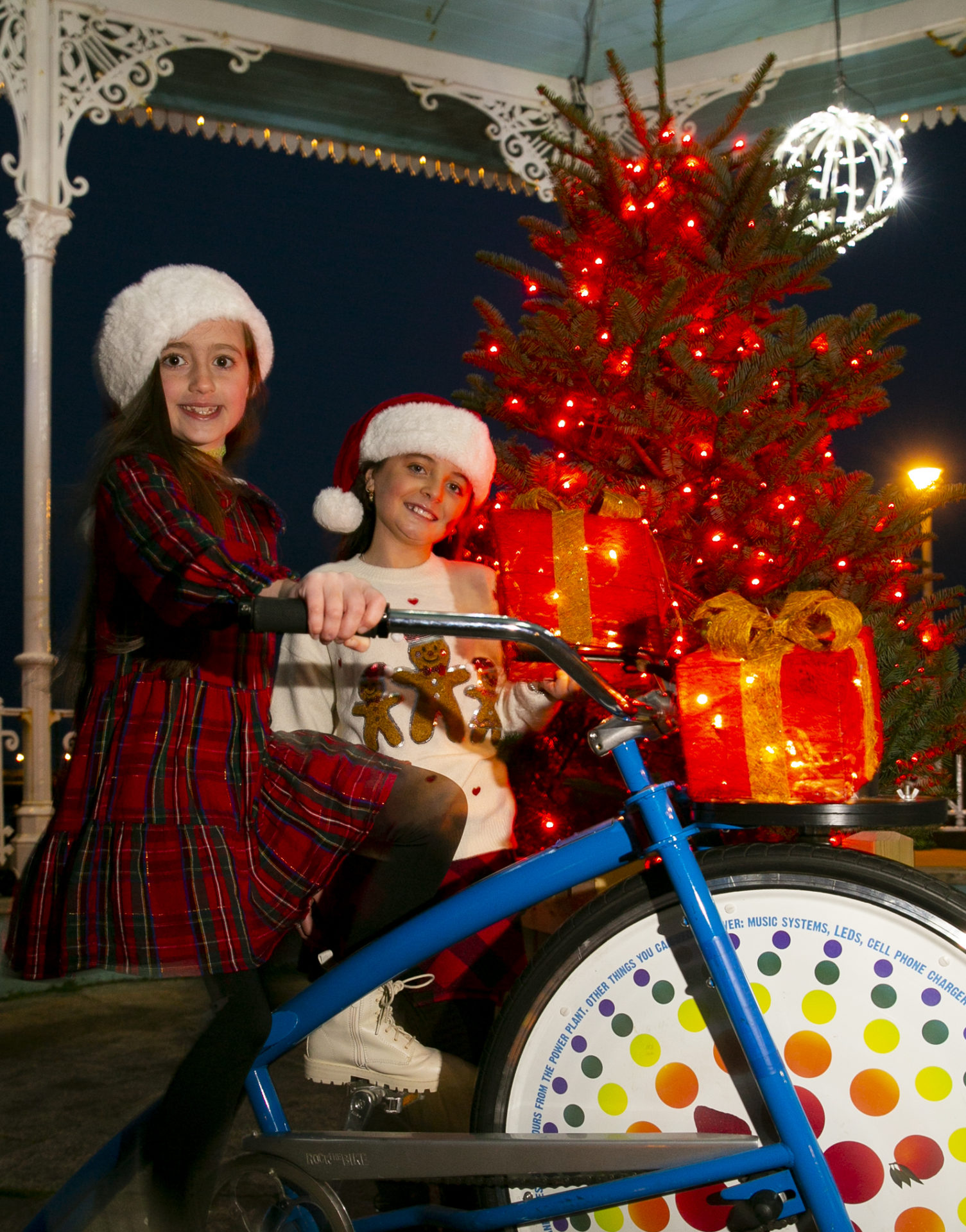 DLR County Council says it's Christmas trees are living trees as much as possible and the LEDs use just 4.8 watts of electricity.

HowToGeek reckons LED lights use about 1/10th of the electricity regular bulbs would need.