A new rainbow-colored pedestrian crossing has been unveiled on Dublin's Capel Street.

The colours, which were installed to celebrate Pride Month, can be found just outside PantiBar.

In partnership with @DublinPride our Traffic section crew installed a #Pride rainbow walk on Capel Street overnight, just outside Pantibar! 🌈 If, as expected, the rainbow walk is deemed a success, we plan to paint more in other city-centre locations next week. 🏳️‍🌈 #CityRecovery pic.twitter.com/4XAQB1zvvJ

It follows scenes early in the week where offensive graffiti was spray-painted on a nearby wall, which was shunned and swiftly painted over. 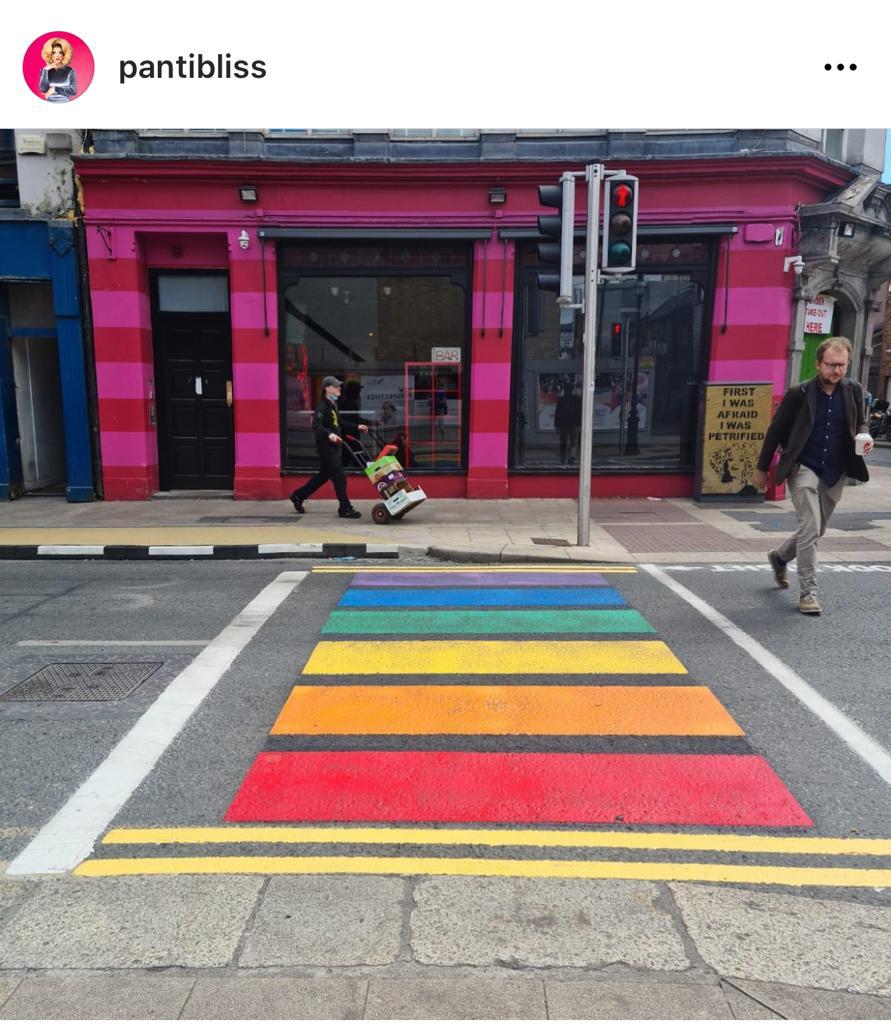 Meanwhile, a new mural on Camden Row was completed yesterday, which was inspired by the stories of young LGBT people living in Ireland.

A mural inspired by the stories of LGBTI+ young people growing up in Ireland has been unveiled in Dublin for #Pride 🌈 (Tap for best view on mobile) pic.twitter.com/2pUlLOFCjL

Pride Is Still A Protest: Tánaiste Leo Varadkar Chats To Sarina Bellissimo About All Things Pride