Hundreds Of People Stage Protest In Dublin Over Homelessness

Firstly, hundreds of protesters have gathered outside the Dáil calling for action to address homelessness.

The protest was largely organised by homeless people themselves through Facebook groups. 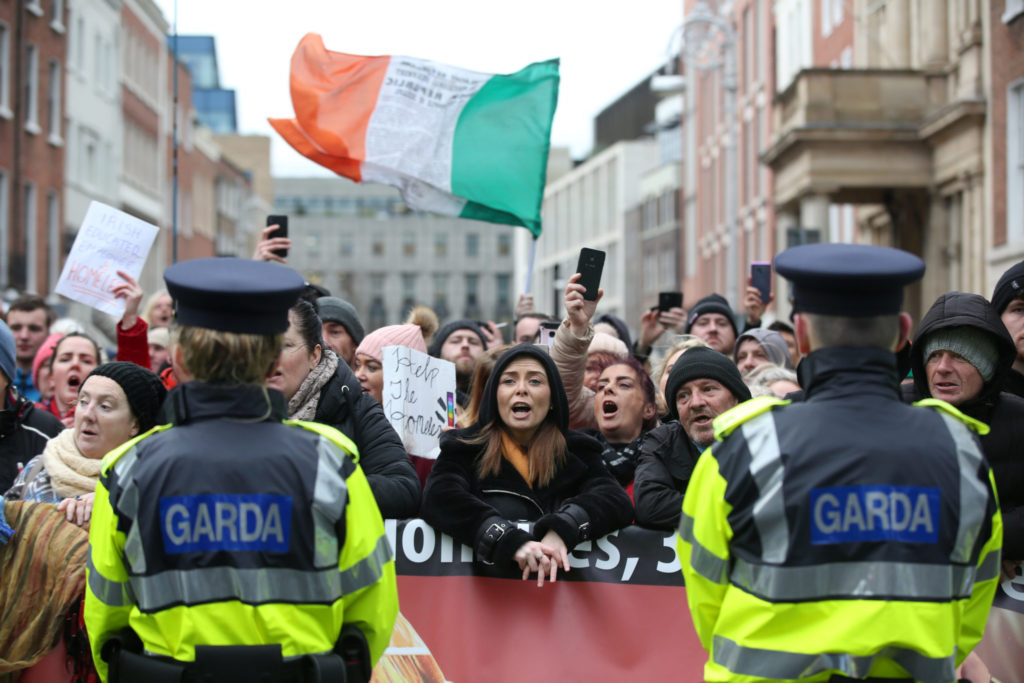 The Dáil also heard statements on housing at the same time.

They marched through the city centre - including Grafton Street - on then made their way to Leinster House.

Few hundred protesters making their way up Grafton St and on to the Dáil. Protesting homelessness with chants of “sack them all” pic.twitter.com/aGWIpNxpPW

"I came from Galway to be here today because I believed that something needs to be done and pressure needs to be put on the Government."

One of the women protesting added:

"There's too much greed, and everyone deserves a home."

The latest figures were also released just hours before the Housing Minister Eoghan Murphy survived a no-confidence motion in the Dáil.

Gardaí Are Waiting For Toxicology Results After Death Of Three Children