The Government will not add the United States, Germany, Italy or France to the quarantine list.

However that's despite advice from public health officials, amid a surge in cases in those nations.

26 new countries including Albania, Bahrain and Ethiopia will join the list from next Tuesday.

However Ministers shelved plans to add France, Germany and Italy.

They're concerned about the legality of doing that. 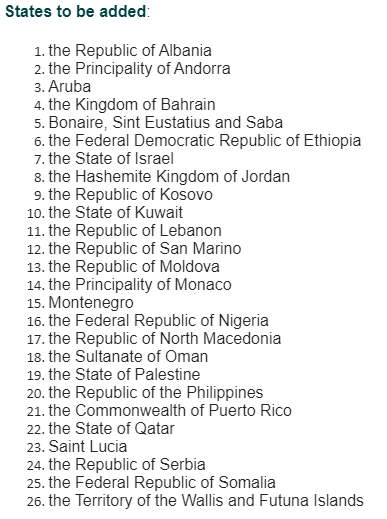 The full list of countries to be added from next Tuesday

CityJet Boss "Delighted" There Was A "Spat"

"I'm also delighted to see there was a spat in the Government this week over this quarantine issue."

"Adding the US and these three EU countries to the list, but that was overturned by the Department of Foreign Affairs in the end."

"I'm delighted to see the Department of Health aren't being allowed to continue to write cheques this country cannot afford to cash."

Meanwhile the British Government has added a number of countries to England's travel list.

British citizens who arrive from from the Philippines, Pakistan, Kenya or Bangladesh will have to self-isolate for ten days in a government-approved quarantine hotel.

The changes come into force at 4am next Friday.