A retired Garda superintendent, two Sergeants, and two Gardai, are to face trials.

It's after they were charged with attempting to pervert the course of justice before Limerick District Court this morning.

The five accused were charged with a total of 42 offences.

Those are in respect of alleged road traffic fixed charge penalty notices.

These include alleged offences against parties, including a number of well known sporting and media figures, and cover alleged speeding, failing to produce insurance, holding a mobile phone while driving, failing to wear a seatbelt, and driving without insurance. 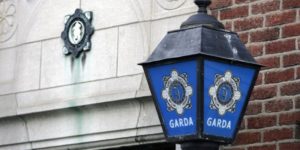 All Five Due Back In June

A solicitor for the retired Superintendent stated his client would be 'vigorously contesting' all of the charges against him.

All five were remanded on bail to appear before the court again on June 11th.