This week's One To Watch

This week's one to watch Fia Moon joined us in studio to perform her new single Water Run. 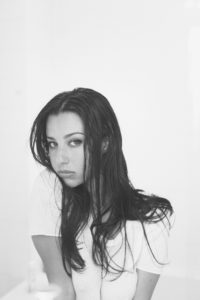 The singer songwriter who is influenced by musical legends Billie Holiday, Ella Fitzgerald and Frank Sinatra blew us away with her live studio performance.

Earlier this year she released her debut single The Fall which describes her longing for a sense of home.
Following her success she signed an independent record deal.
As a result this saw her release 3 back to back tracks between August and late October.
Seems like this girl is certainly going places.

Fia Moon on Plan B

You can listen back to her full performance and interview here:

Get featured on Plan B's One To Watch

Finally, if you would like to be featured on Plan B's One To Watch simply email a link to your latest music to jessica.maciel@spin1038.com.

Also, check out some of the amazing up and coming acts we have had as part of One To Watch feature here.

One To Watch Plan B

PLAN B'S ONE TO WATCH: Dan Elliott Performs New Single Only Ever Been You

PLAN B'S ONE TO WATCH: Ryan Mack Performs His New Single Got You Covered