The reality star announced the news on Instagram earlier today.

She had a great summer, but how will she handle the ice? ❄ Please welcome to the Class of 2020... @maurahiggins! #DancingOnIce

It was reported earlier this month that DOI bosses had been eyeing up Maura for the new series.

However, it hasn't been officially confirmed until now.

'Wow... I just can not contain my excitement.'

It was reported earlier this month that bosses had their eyes on Love Island winner Amber to appear on the series.

However, it later emerged that they changed their minds and wanted Maura instead.

'It was looking hopeful for Amber but Maura pipped her to the post with her sense of humour and personality.'

A source tells The Sun, 'Dancing On Ice producers were always going to sign a Love Island star for next year’s series...'

'And they wanted a girl this time after having two guys in the past.'

'During Maura’s time in the villa, her ballroom dancing beau Curtis Pritchard showed her some choreography skills.'

'Maura is hoping Curtis can now teach her more moves, even though she will be on the ice.'

The Longford native has been receiving so much support in the comments section.

Her former Love Island co-stars have been congratulating her. 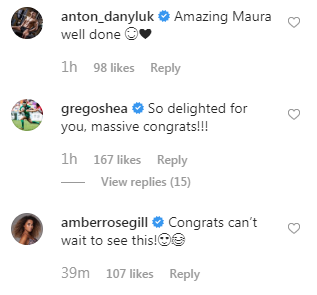 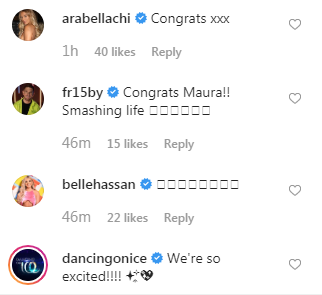 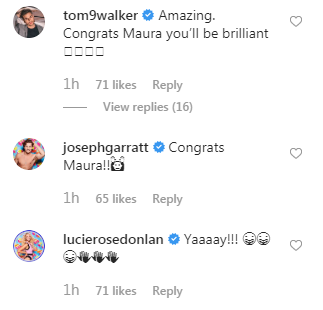 Maura recently revealed she stormed out of the villa during her time on Love Island.