Love Island 2019 Day 9 Spoilers: 3 Dates For Each Of The New Arrivals

We can barely keep up with the Love Island drama this week!

While there's zero mention of Sherif's speedy exit, we do have six dates for the two new islanders to look forward to on tonight's episode.

Here's some juicy spoilers to get you in the mood:

Amy feels as if Lucie is spending all her time with Joe and worries she is drifting away from the girls in the villa.

She asks her for a quick chat. 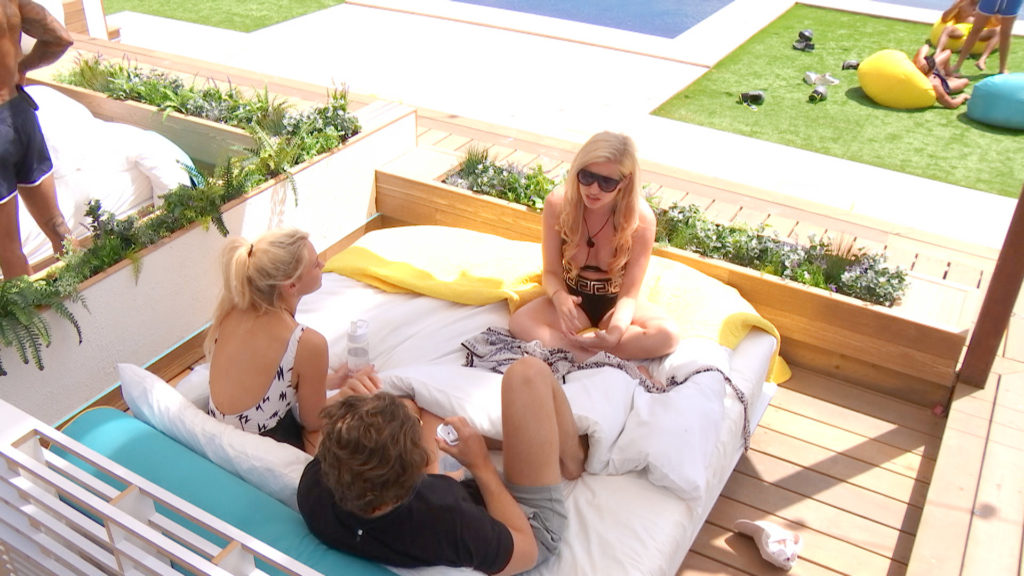 In the kitchen, Amy says, “We should go and have a girl chat because we never see you anymore. You’re always with your bloody boyfriend!”

Joe overhears and says, “You’re together all the time," referring to Amy and Curtis. 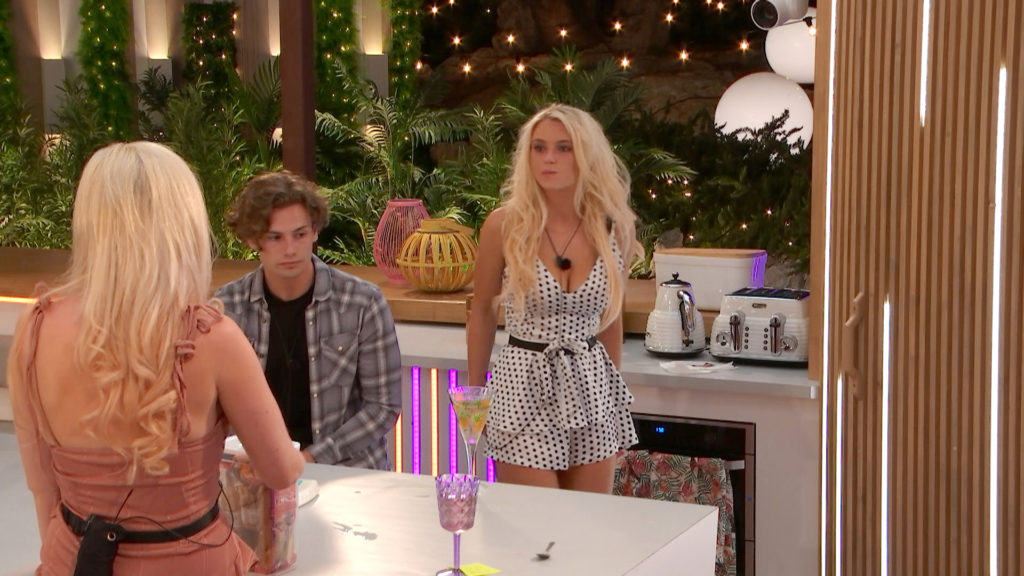 Later in the Beach Hut Amy says, “Lucie needed me a lot in the first few days because she needed advice but we never see her anymore.

She continues, "Her and Joe just sit on their own. I tried to bring her back into the group because I don’t want her to feel like she isn’t in the group, I was basically told to ‘go away’.” 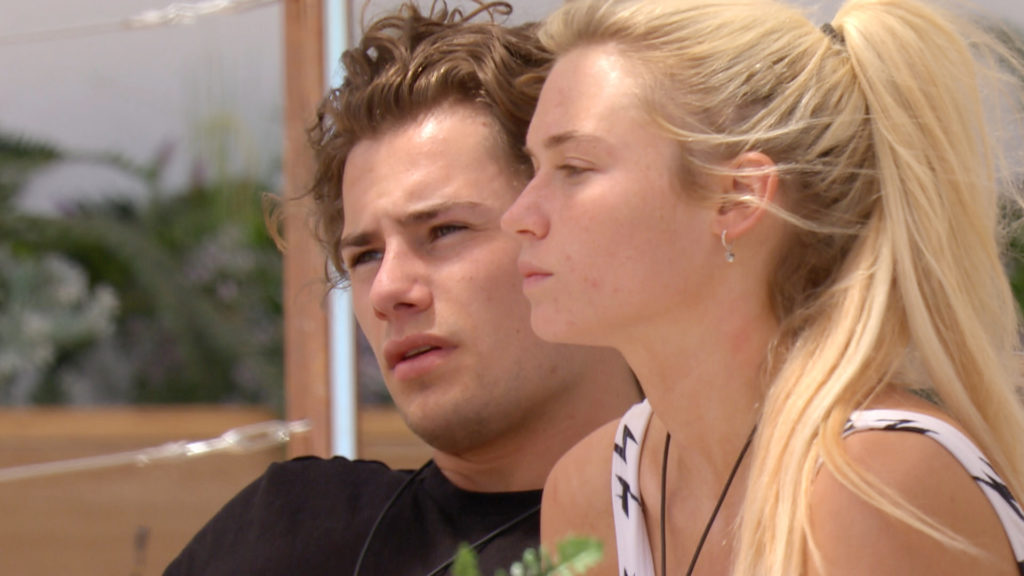 Lucie is upset after Amy's confrontation and seeks advice from Joe.

She says, “It’s annoying because she is meant to be my closest friend.” 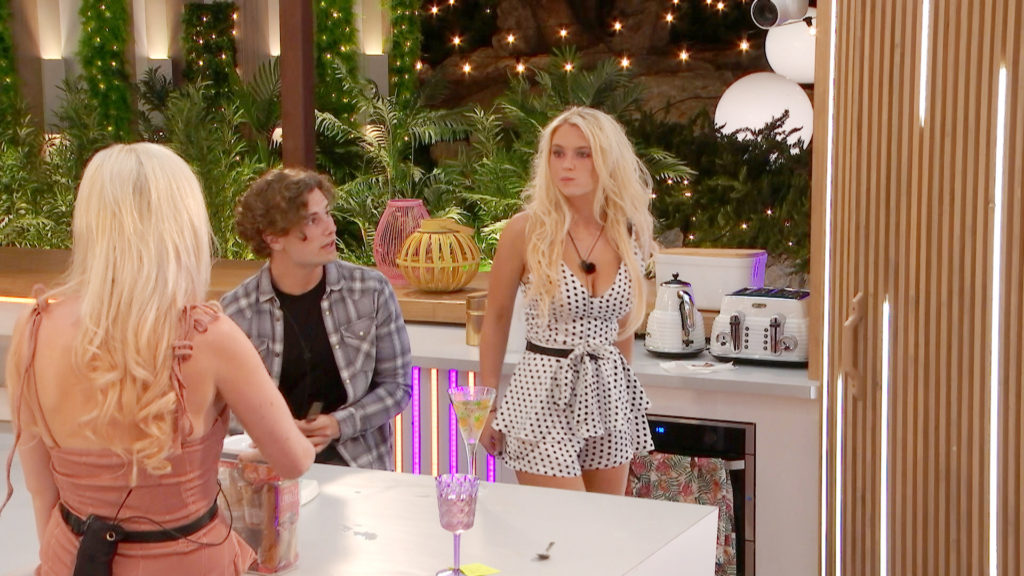 Lucie reflects in the Beach Hut.

She says, “I’m really happy for her. I don’t know why she can’t be happy for me.”

Trouble in paradise for Amy and Curtis

On the day beds Amy speaks with Curtis. 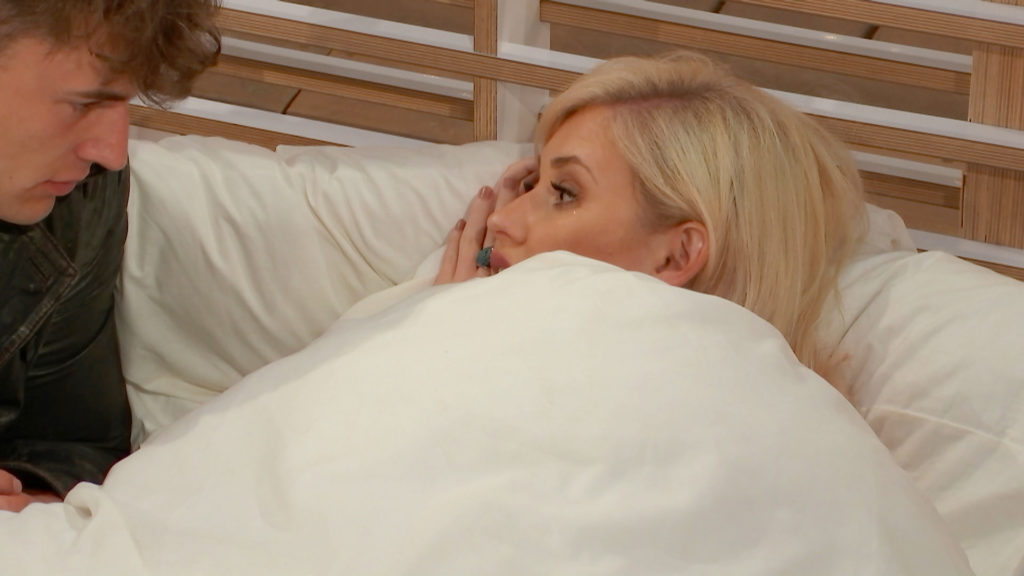 Curtis teases “You need to stop being an attention-seeker, missy.”

Amy says “I’m not being an attention-seeker but it was our exciting thing.”

Curtis says “Maybe they’re doing it because they look up to us? Think of it like that rather than they’re copying you or stealing your limelight.”

“It’s none of your business. If they want to force it then let them force it.”

Later Amy is upset that she may be pushing Curtis away.

In the Beach Hut she says “Deflated is the word I feel like."

"Last night I was so excited and we had such a lovely evening. He doesn’t seem to understand why I am feeling the way I am feeling.” 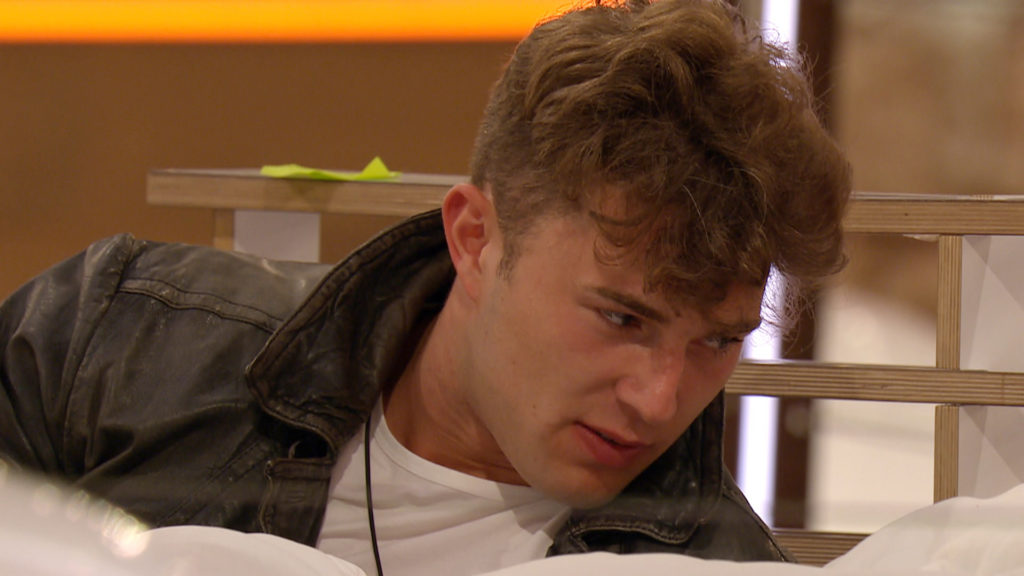 The next day Amy wants to speak with Lucie and Joe about the awkwardness between them.

On the day beds Amy says, “I just wanted to come over and clear the air and explain how I was feeling yesterday."

"We came back from the Hideaway and it had been a really special occasion and we became exclusive."

"I came back and told all you girls and then an hour later you two were exclusive as well.”

Lucie says, “You’ve never had a boyfriend before so it’s a really big thing for you.”

After being torn between Molly-Mae and Yewande, it looks as if Danny has chosen to move forward with Yewande.

The pair have a chat. 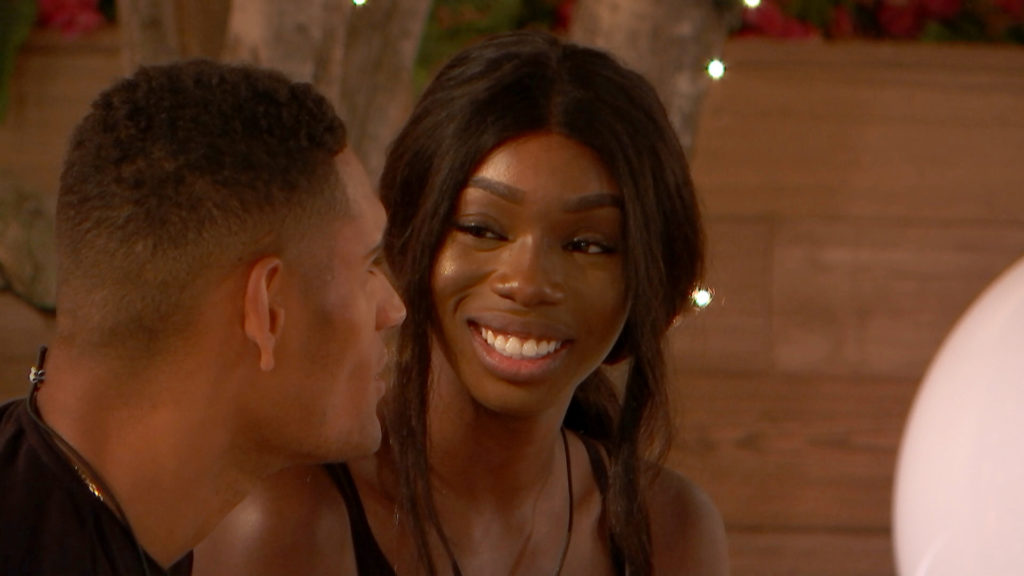 Danny says, “Settling in to the villa, I feel like you’ve been such as massive part of that for me.

"The nerves just went because I’m getting to know you. You’re bringing a good side out of me and I just wanted to say thank you for that.”

Danny asks Yewande how she feels since he arrived in the villa.

She says, “Since you’ve came in, maybe there has been a spring in my step."

"Obviously, when I went on a date with you I felt really comfortable and I just felt there was an instant connection.

She adds, “I want things to happen organically.”

Danny says, “Trust me, I am interested in you. All I have done is enjoy myself in here and laugh and that is largely because of you.” 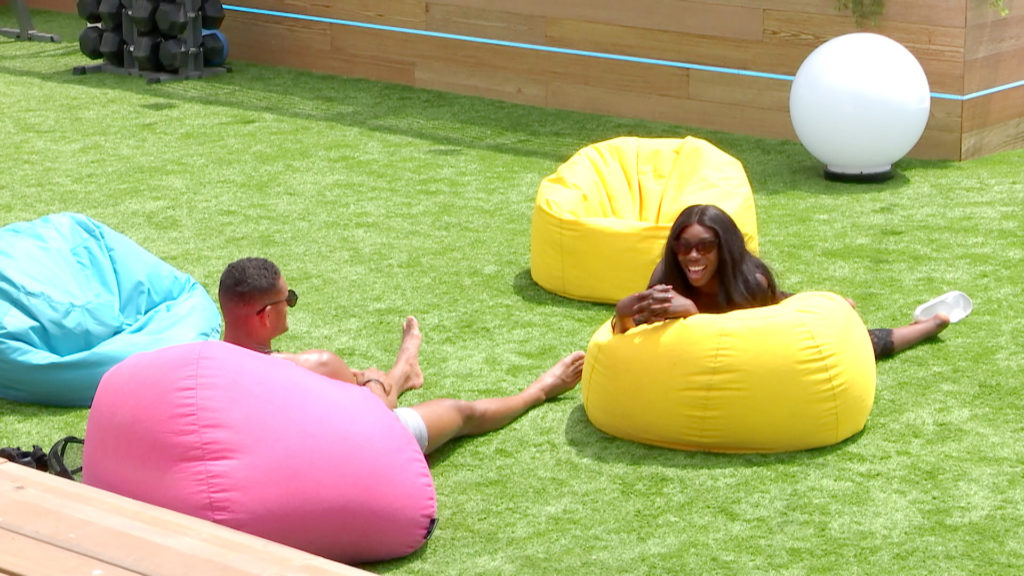 Danny says, “I like how things are going with us. I’m getting butterflies. How am I feeling like this about someone I met three days ago?”

The next day in the garden Yewande says, “I had a dream last night that I got married.”

Danny says, “Who was the lucky guy?”

Danny says, “You must have love on your mind!”

Anton speaks to Anna and says, “You look amazing tonight as always. You know I value you so much in here.

"You’re my favourite girl in here.” 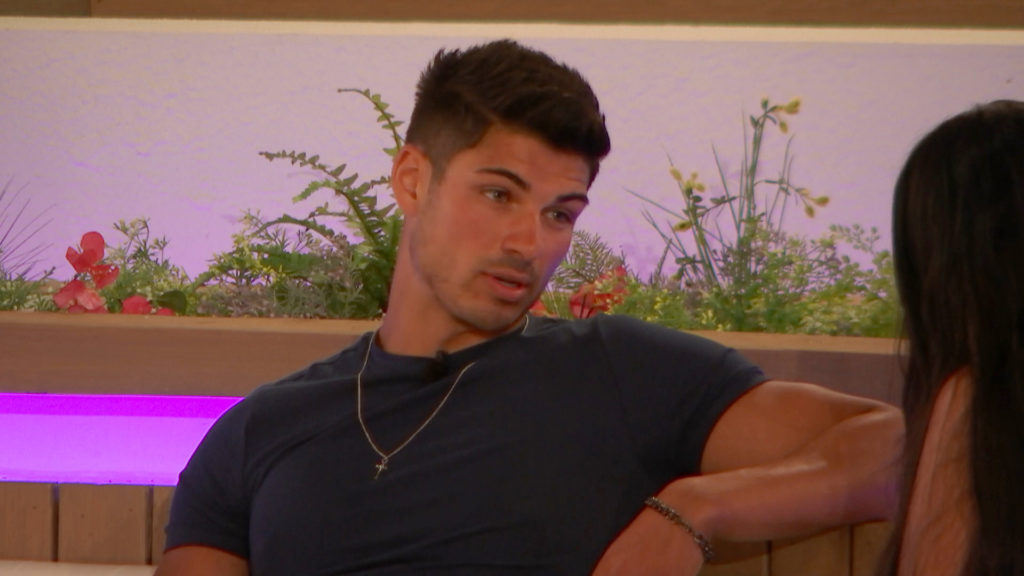 He adds, “Obviously Molly has come in and she is very much my type. You know that."

"I don’t want you to feel like you’re vulnerable in here. As long as I’m in here, I’ve got your back.”

Anna replies “Thank you babe. Obviously, I want you to find someone." 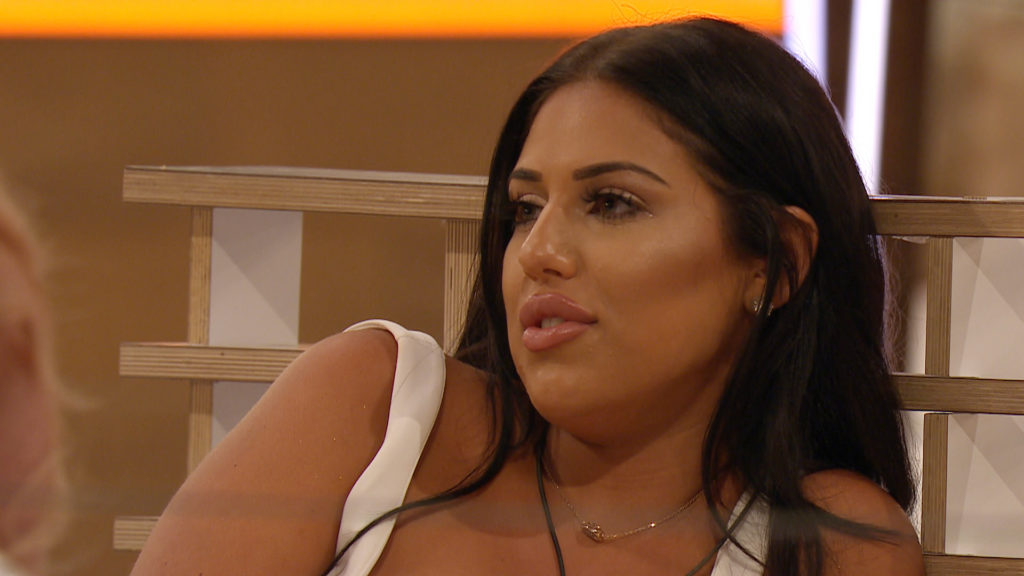 Anton says “As much as Molly is my type, she’s beautiful from the outside-in, you’re beautiful on the inside and out.

"You’re not necessarily my absolute type on paper but Molly, who is someone who is my type, I still wouldn’t want to be with someone like that.”

Anna reflects on her conversation with Anton in the Beach Hut.

She says “I don’t know whether to take that as a compliment or not.”

“If Anton liked me, he wouldn’t have been hitting on Molly. So, he doesn’t like me. I don’t know what he was trying to say. It was confusing me.”

Later Anna fills Amber, Yewande and Amy in on her recent chat with Anton.

Amber’s reaction is, “He is such a fool.” 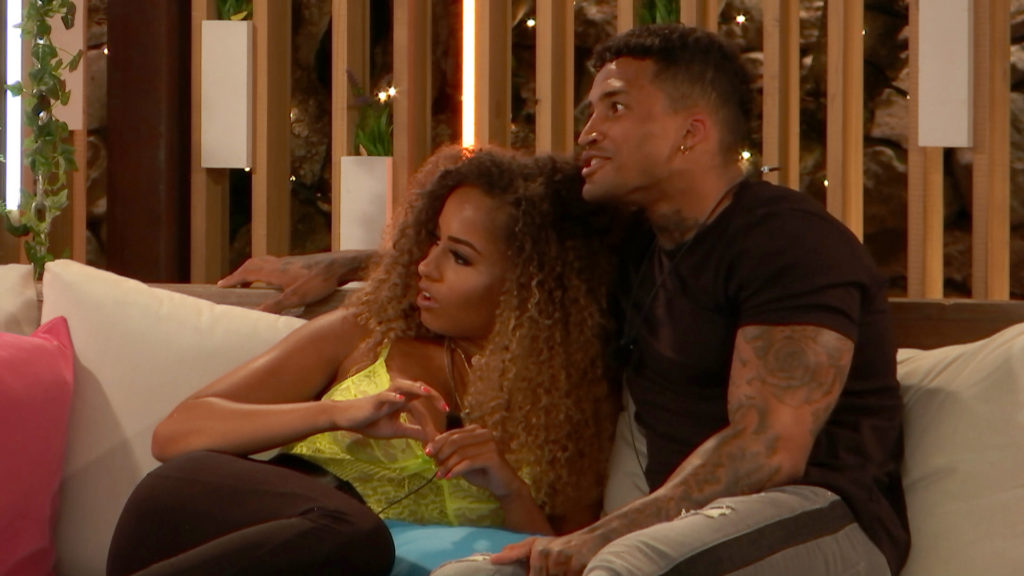 Michael and Amber are keen to speak to Anton about his conversation with Anna.

Amber says, “Why did you go over and say ‘Molly-Mae is my type, that is what I want appearance wise but personality-wise you'?"

Michael adds, “You didn’t think when you spoke.” 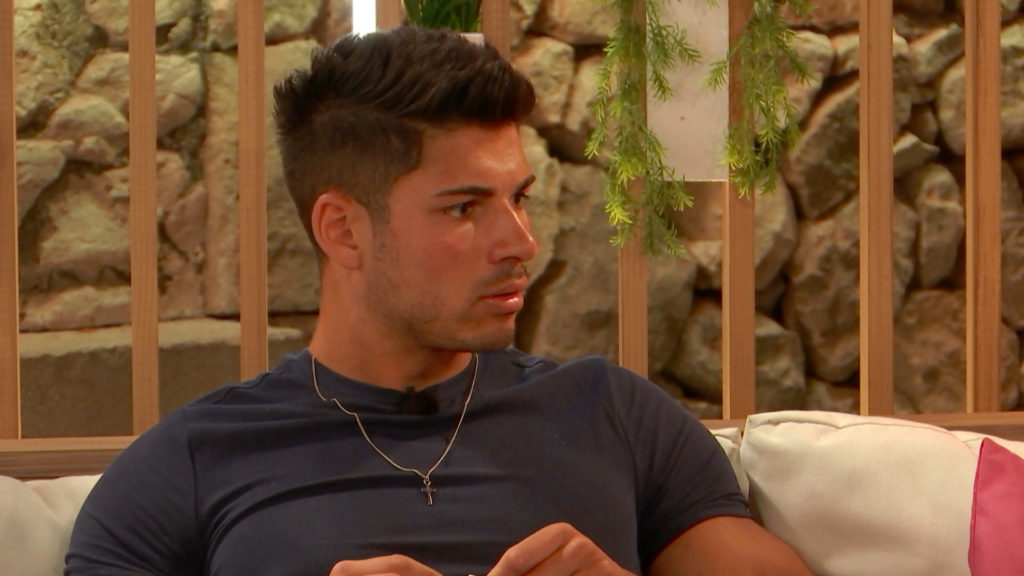 Anton is genuinely perplexed. He says, “I didn’t mean it like that.”

Michael says, “It’s a bad way to put it across to her.” 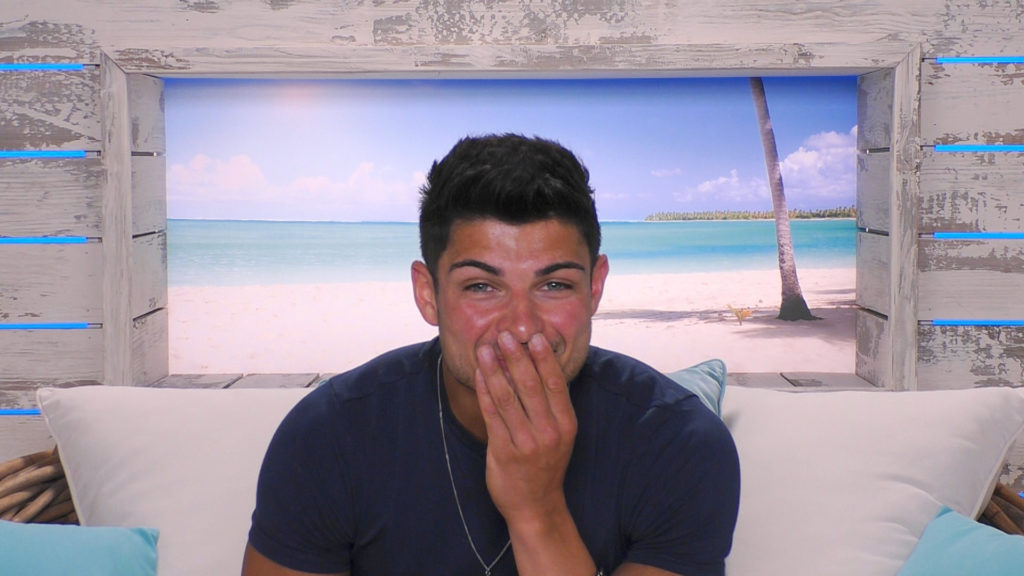 He says, “I’m starting to realise this is why I can’t get a girl in this villa.”

While the Islanders relax in the garden Anton gets a text which reads: 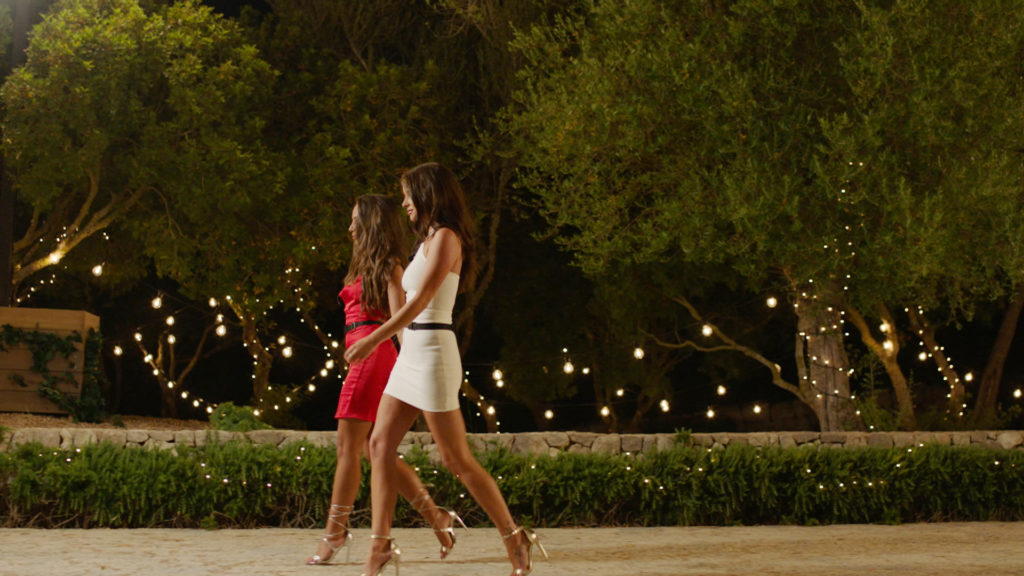 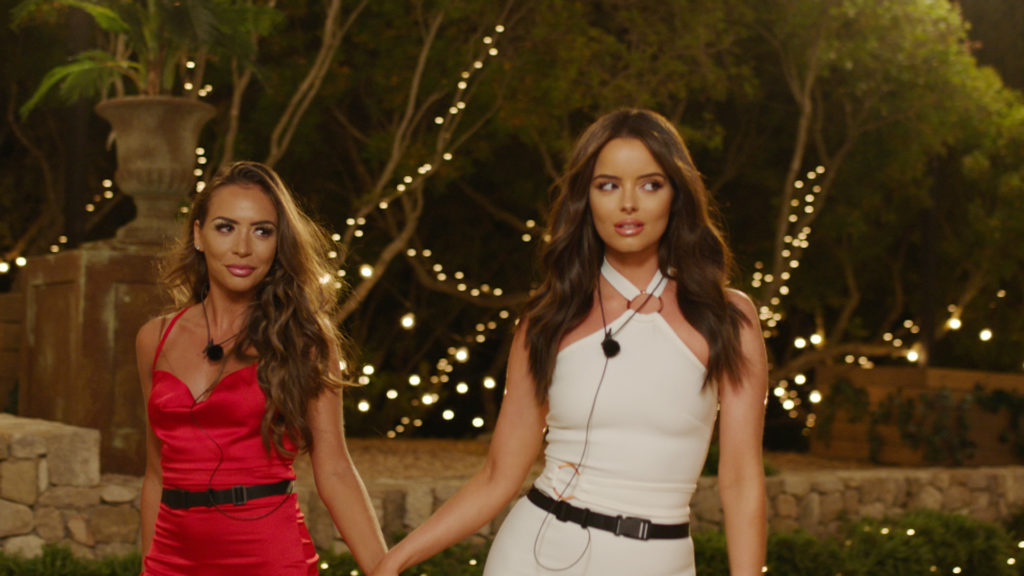 In the Beach Hut Molly-Mae reflects on the news.

She says, “It’s just typical isn’t it? Me and Tommy have been doing really well the last few days.” 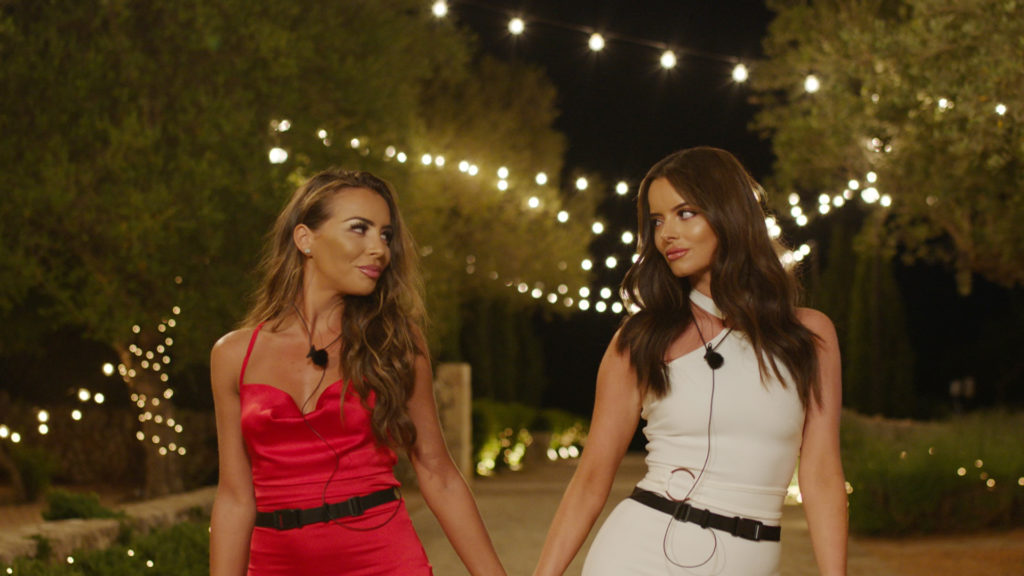 Similarly, in the Beach Hut, Amber says “Yes, I’m a little bit bothered. No, I am really bothered! But I can’t let anyone else see that.” 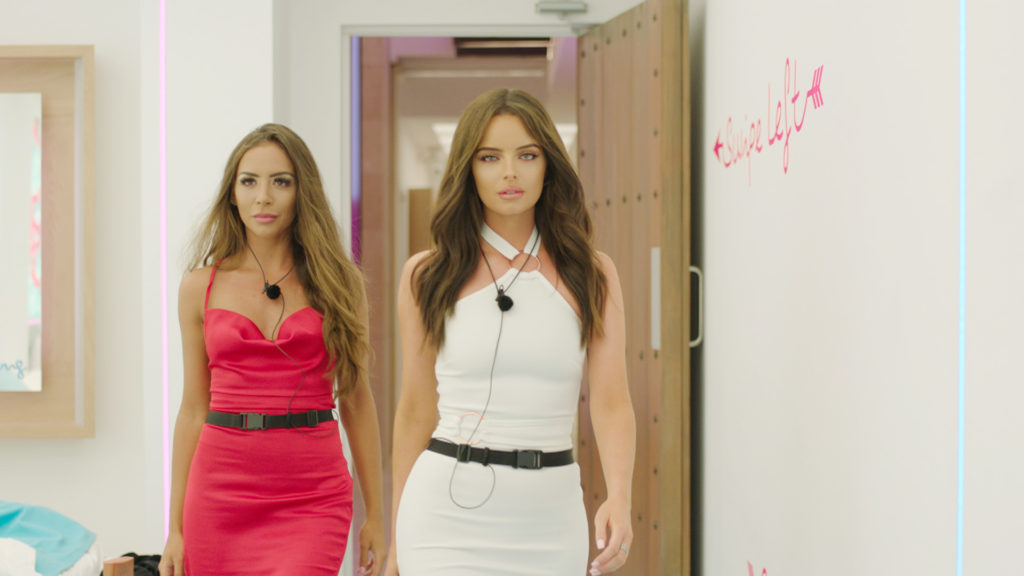 However, Anton is thrilled at the news!

Back in the Beach Hut he says, “My prayers have been answered finally! I’m absolutely buzzing about it.” 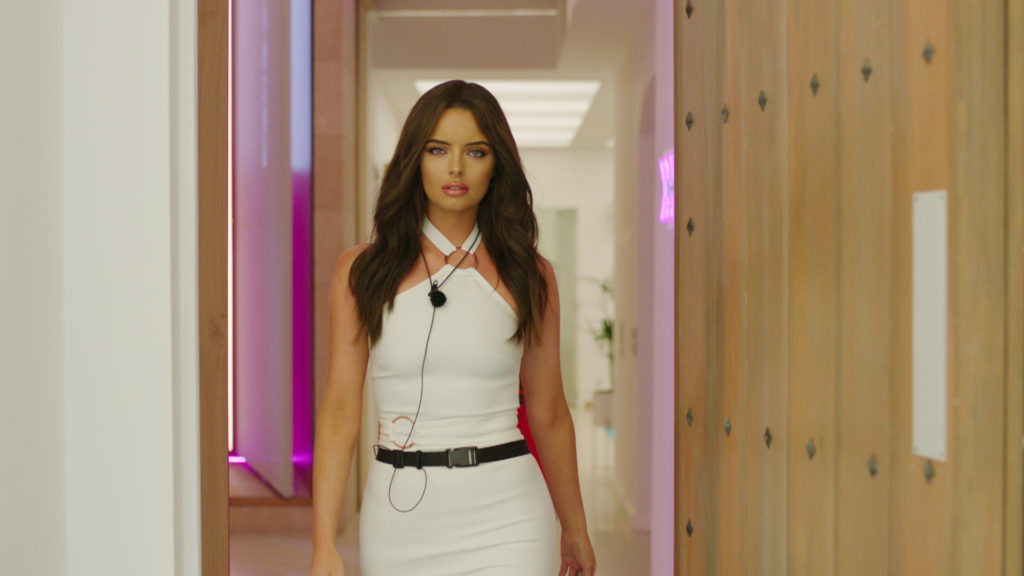 A monobrow for Tommy

Prior to his date, Tommy asks Molly-Mae, “Can you do my eyebrows?”

She says, “I’m not doing your eyebrows! For you to go on a date with someone else? Yeah sure!” 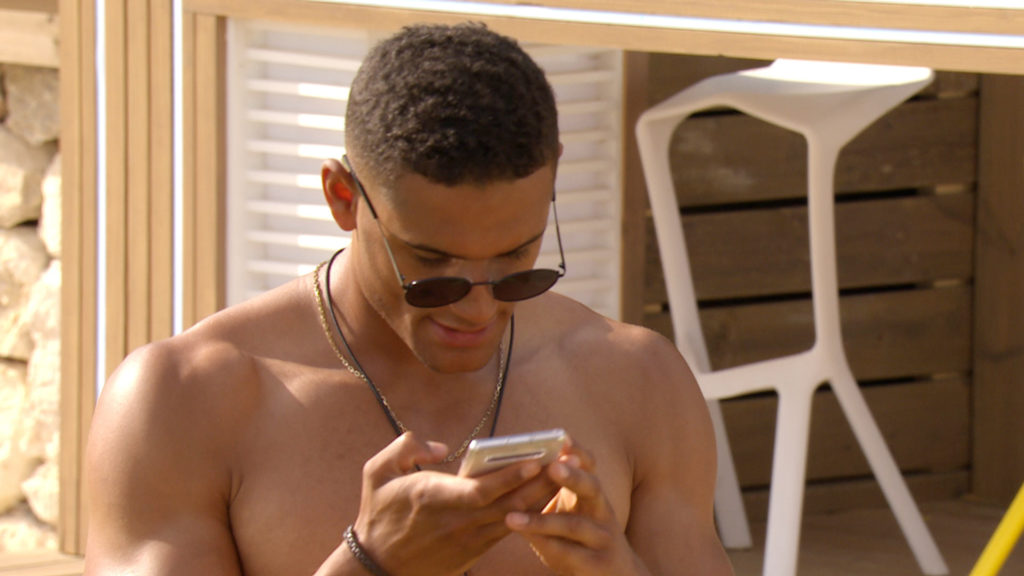 Tommy says, “So, you’re going to leave me with a monobrow?” 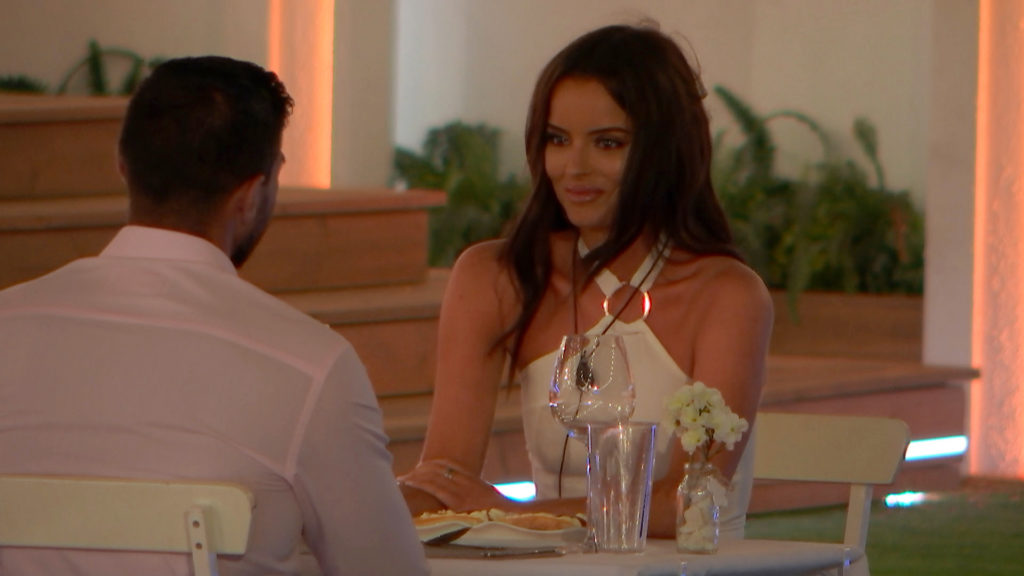 Danny, Tommy, Anton and Michael get ready for their dates and then head to the kitchen to get cooking.

The rest of the Islanders watch from the terrace. 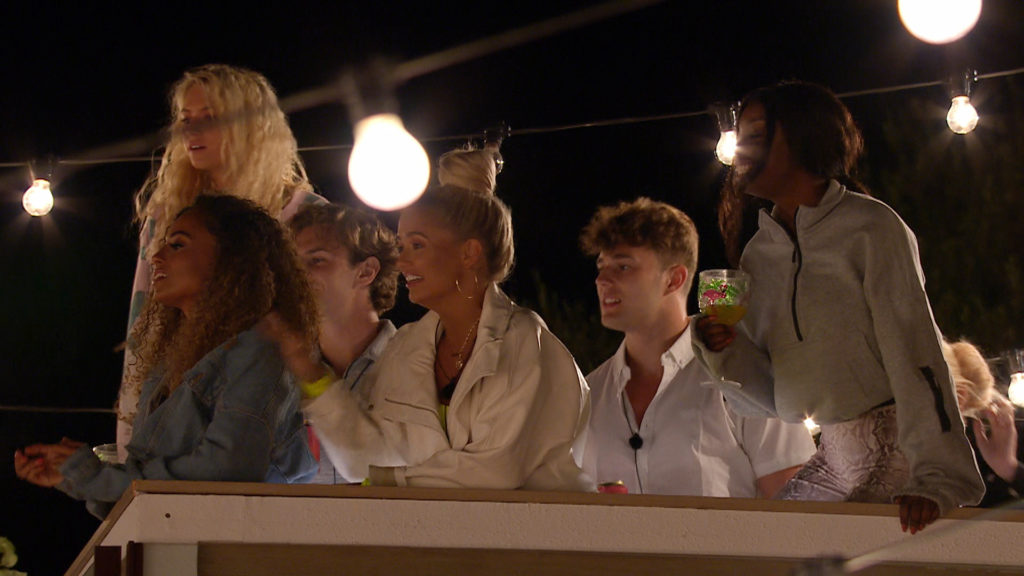 The boys are impressed by the new arrivals and Tommy sits down to enjoy a starter with Maura.

Quickly the pair realise they have something in common. Tommy asks, “Where in Ireland are you from?” 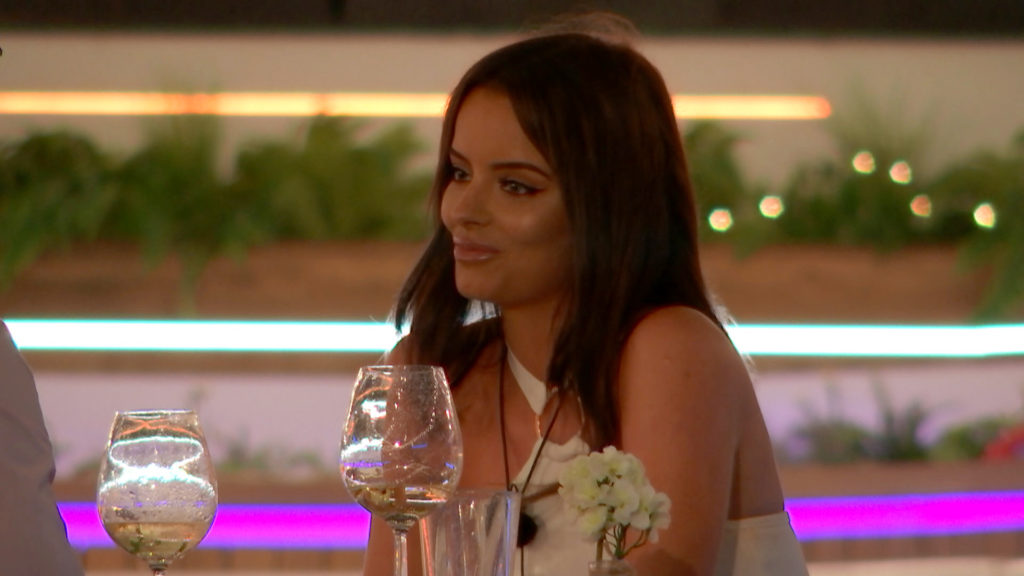 Maura says, “County Longford. Have you heard of it?” 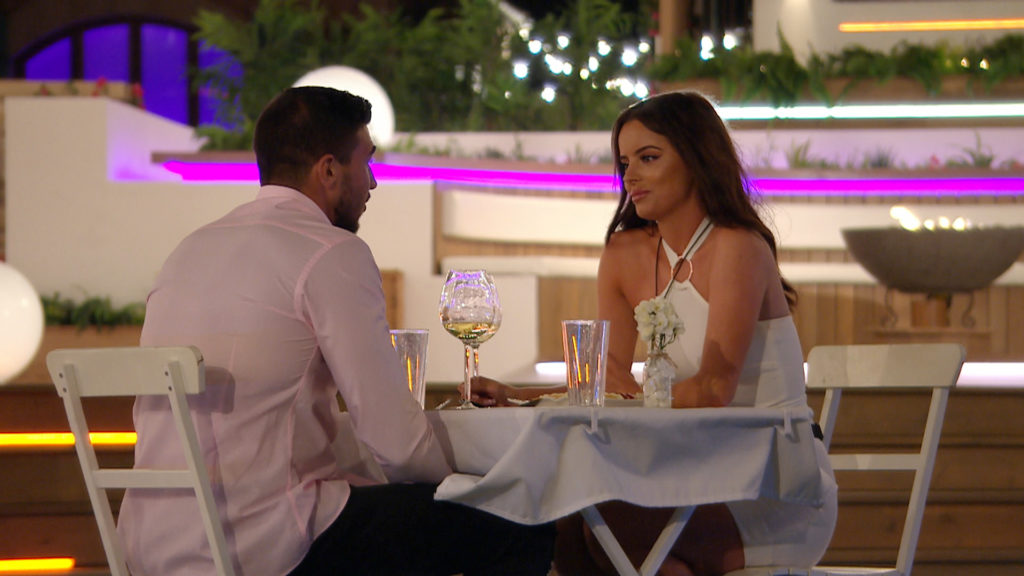 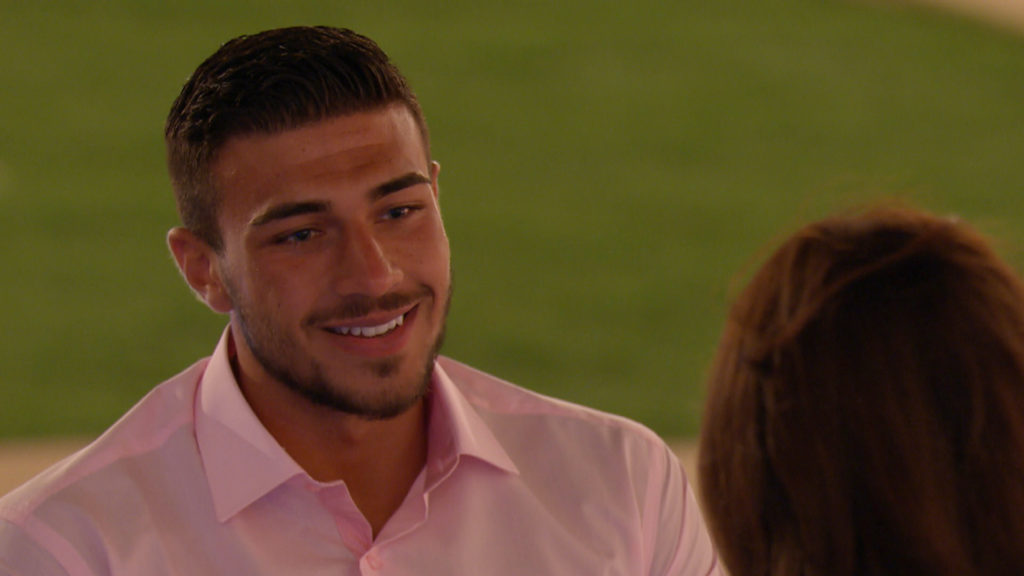 Over at Danny and Elma’s table, Danny is keen to know why Elma choose him for a date.

Elma says, “I don’t really have a type as such.

"I usually go more for personality and you do seem really chilled and cool." 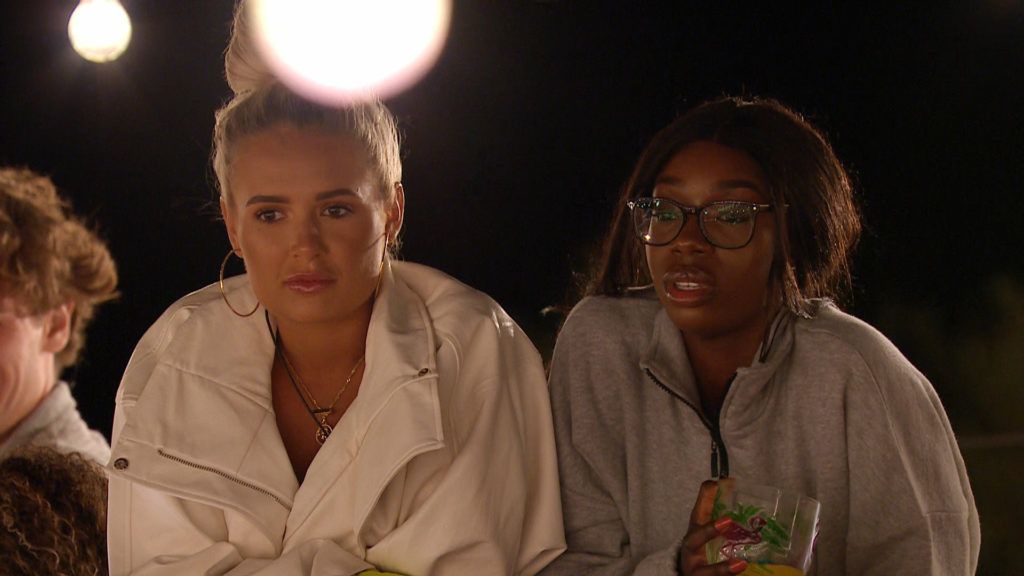 Elma continues, "But I do go for broad, tall guys and you tick those boxes."

"You also seem quite mysterious. There is something about you.” 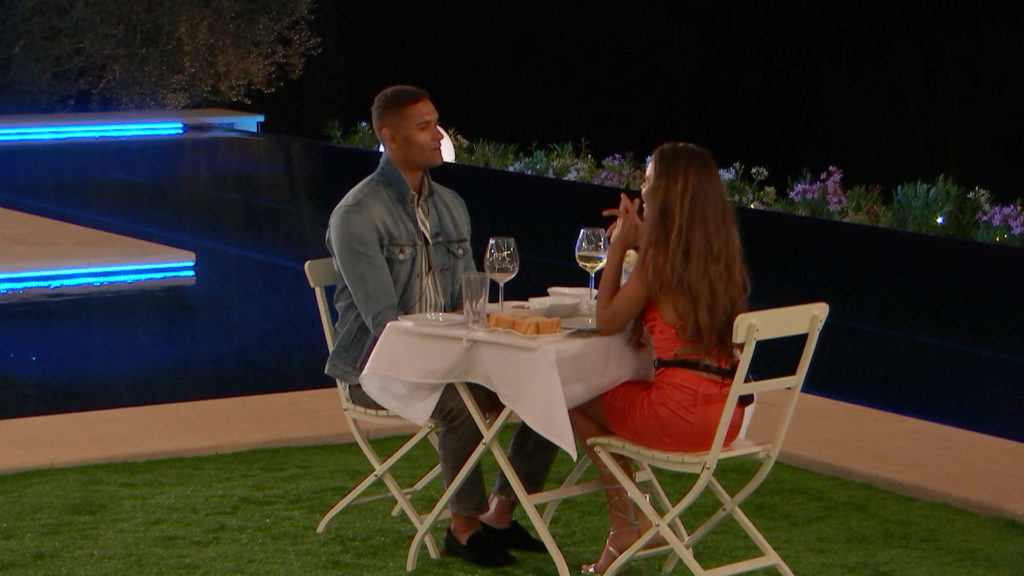 Maura and Elma’s dates with Tommy and Danny come to an end.

Tommy heads back over to the kitchen and admits to Anton, “I could look into those eyes all day.” 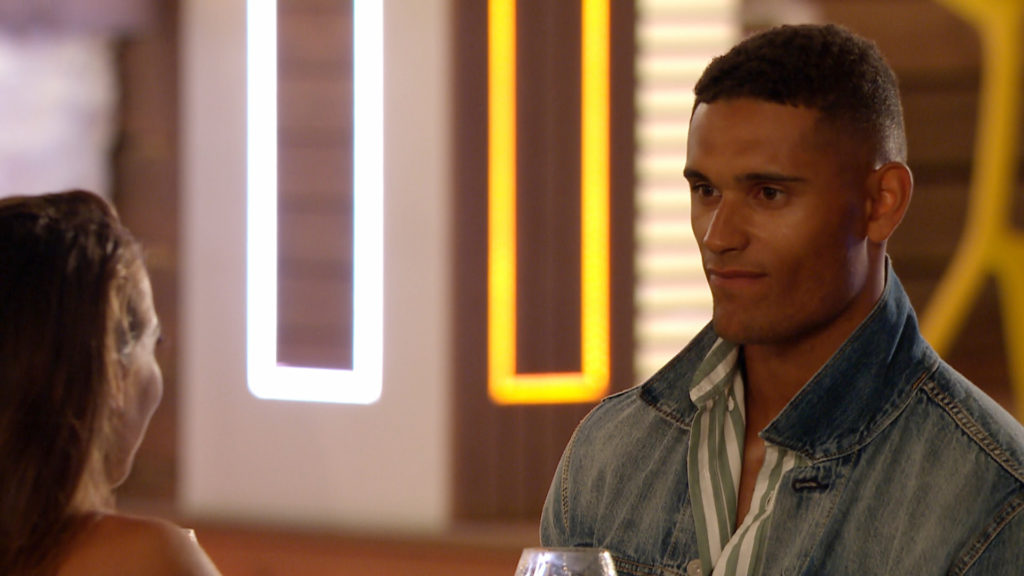 The new arrivals are already sending shockwaves through the villa and there's four more dates to go!

In the meantime, find out everything we know about new islander Maura here.