Tonight's episode of Love Island saw Anton and Belle dumped from the island.

In their exit interview they discuss game players, winner predictions and future plans.

Read what they have to say below:

The personal trainer says his time in the villa has been filled with mixed emotions.

"It’s definitely humbled me, the whole experience, getting pied a few times!"

He says he's built a family during his time in Mallorca.

"We clicked the minute we met, instantly attracted."

While he admits there's a "romantic and sexual attraction" between them, they're also "good friends too."

Anton says they've become stronger as a couple because of their ups and downs.

"I can’t wait to see where it goes on the outside."

One of the biggest highlights for Anton was the Ministry Of Sound party which saw Craig David take to the decks.

"Everyone knows that for a fact, it was an unbelievable experience and literally brought tears to my eyes."

When Anton cries we all cry. #LoveIsland

He also places Belle's villa entrance high up on his list of highlights.

"Belle coming in was a game changing experience."

Anton loved every second with the boys in the villa who he says, "will be friends for life."

"Being so close to Michael and some of the other boys like Danny and Joe."

The best summer of his life

The personal trainer loved every second of life on Love Island, "All in all it was definitely the best summer of my life."

He admits the challenges were terrifying especially the stripper task, "but afterwards I felt amazing."

Despite the fact that he struggled to find love at the start of the show, he says it all worked out in the end.

"My Love Island experience didn’t go as planned. I thought ‘I’ll come in and get a girl.’"

He loves that he made his friends first, "they all had my back and wanted me to meet the right person and then when I did, everyone was happy."

"It was the most humbling experience I have had."

Our Islanders sure know how to partaaaay #LoveIsland

Anton can't decide whether there's anyone in the villa playing a game, "It is very hard to judge people in there."

"Certain things have happened in there where you have to question if it’s a game."

The former islander thinks some people would act differently on the outside.

"Actions speak louder than words so I will see how people act when they come out."

Anton says the most challenging part of the whole experience was adjusting to a new routine.

"For me training and eating were very difficult to adjust to."

He also found it difficult living with, "at one point 18 big personalities."

Despite him having an extremely positive experience, he did miss his family a lot.

Everyone, meet Anton’s gorgeous mum who shaves his bum This is Sherie Ann & she’s just joined Instagram so make sure you give her a follow! @sherieanndanyluk ☀️ #AntonsMum #SherieAnn #TeamAnton #LoveIsland

Anton really wants Amber and Greg to win the show because she's been through a lot.

"She had that hard shell and no one could break through. Now she’s come out of the other side and found someone in Greg."

Don’t know who was judging this contest, these two smashed it. What were your thoughts on the name choice? - - - #LoveIsland #finalsweek

He brands Amber one of the strongest women he's ever met, "I’d love her and Greg to win."

"Greg has blown her off her feet and it would be an amazing love story."

Anton admits seeing his mother in the villa was the weirdest experience.

"I’d forgotten what she looked and sounded like. To hold her, touch her and speak to her was my favourite day in the villa." 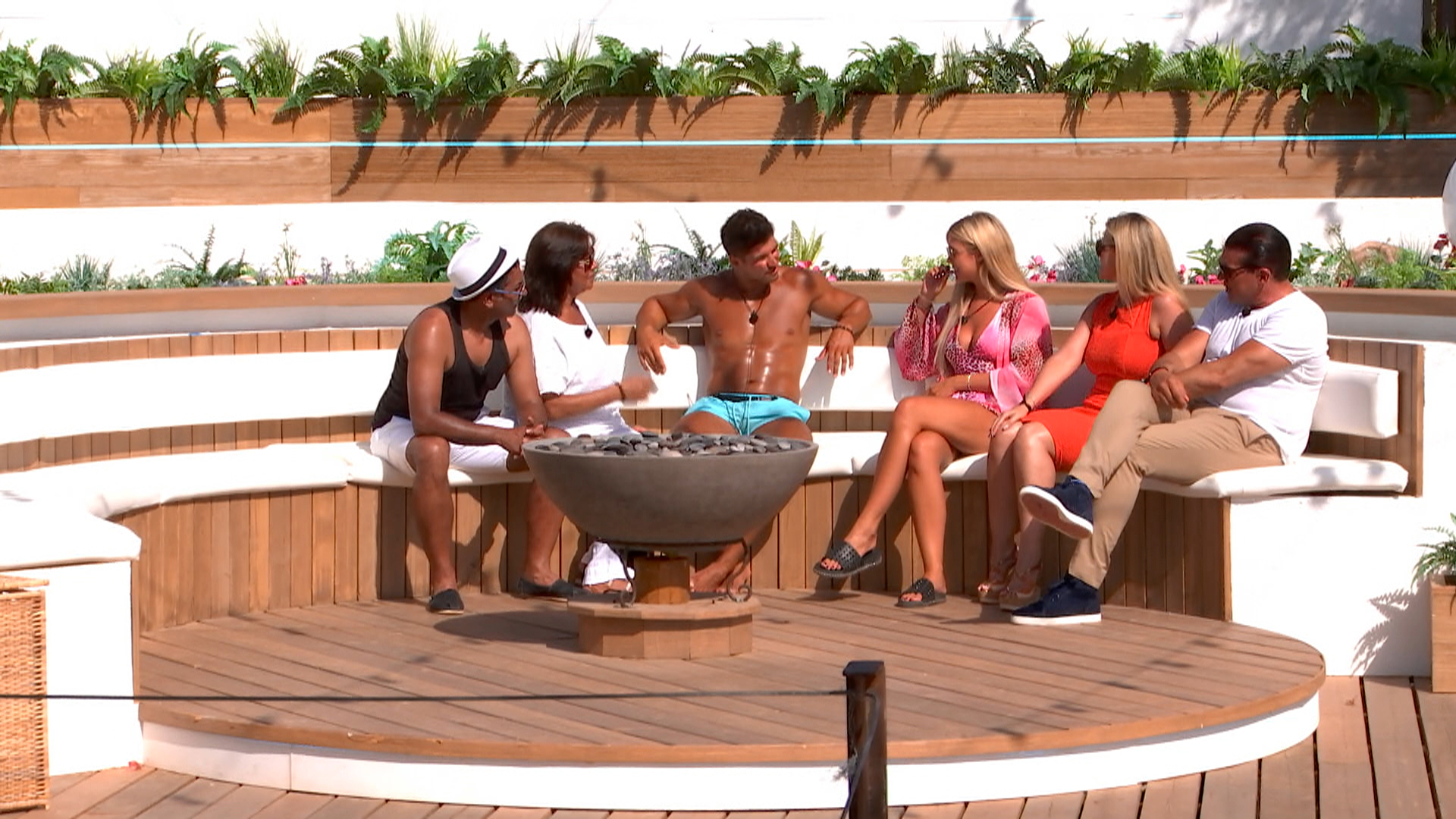 As for his relationship with Belle, he says they're going to, "build on the foundations we’ve laid in the villa."

The pair have already met a challenge in their romance, "she’s in London and I’m Scotland."

"But we’ll see each other twice a week or so. I’m looking forward to doing silly things like playing music in the car."

THE VOTE IS OPEN! Don’t let their Love Island journey end until it has to! VOTE ANTON & BELLE AS YOUR FAVE COUPLE ☀️ #BeltonToWin #TeamAnton #LoveIsland

The islander describes her time in the villa as "absolute madness" but she "wouldn't change it for the world."

"I’m so grateful I had the opportunity to do it."

Well OBVIOUSLY we had to do this. #LoveIsland

Her favourite moment was meeting Anton who surprised her a lot, "I didn’t expect to click with him like I did."

She also loved the villa girls describing them as "insane characters" and "friends for life."

SELFIEEE Not long until the final! Who is excited?? @loveisland #loveisland @itv2 #itv2 @amberrosegill

She admits she wouldn't change anything if she were given the chance to do it all over again.

Belle says she went in for Anton, "he was the person I had in my mind."

Belle reveals there are a few people she thinks aren't genuine in the villa.

"They are all lovely individually but I think some of them are very clever."

UNSEEN BITS: Nothing like a bit of Lady Petrol to refuel our Islanders’ desires ⛽️ #LoveIsland

Her biggest challenge was getting ready and washing her hair within a certain time.

"I know I’m a drama queen but I was never ready on time. I was always asking for another 20 minutes."

"The girls were always fighting over the hair dryers. I have a lot of hair."

When someone at work says hi before you’ve had coffee. #LoveIsland

She thinks they're genuine and for Amber to click with someone so soon is rare.

She gushes, "I love Amber, she’s fantastic, an amazing person."

"Greg is man enough to take whatever Amber has to give, and he gives it back but he’ll let her win."

Belle says she was so excited to see her family tonight.

"My parents are like my best friends. Words can’t describe that moment." 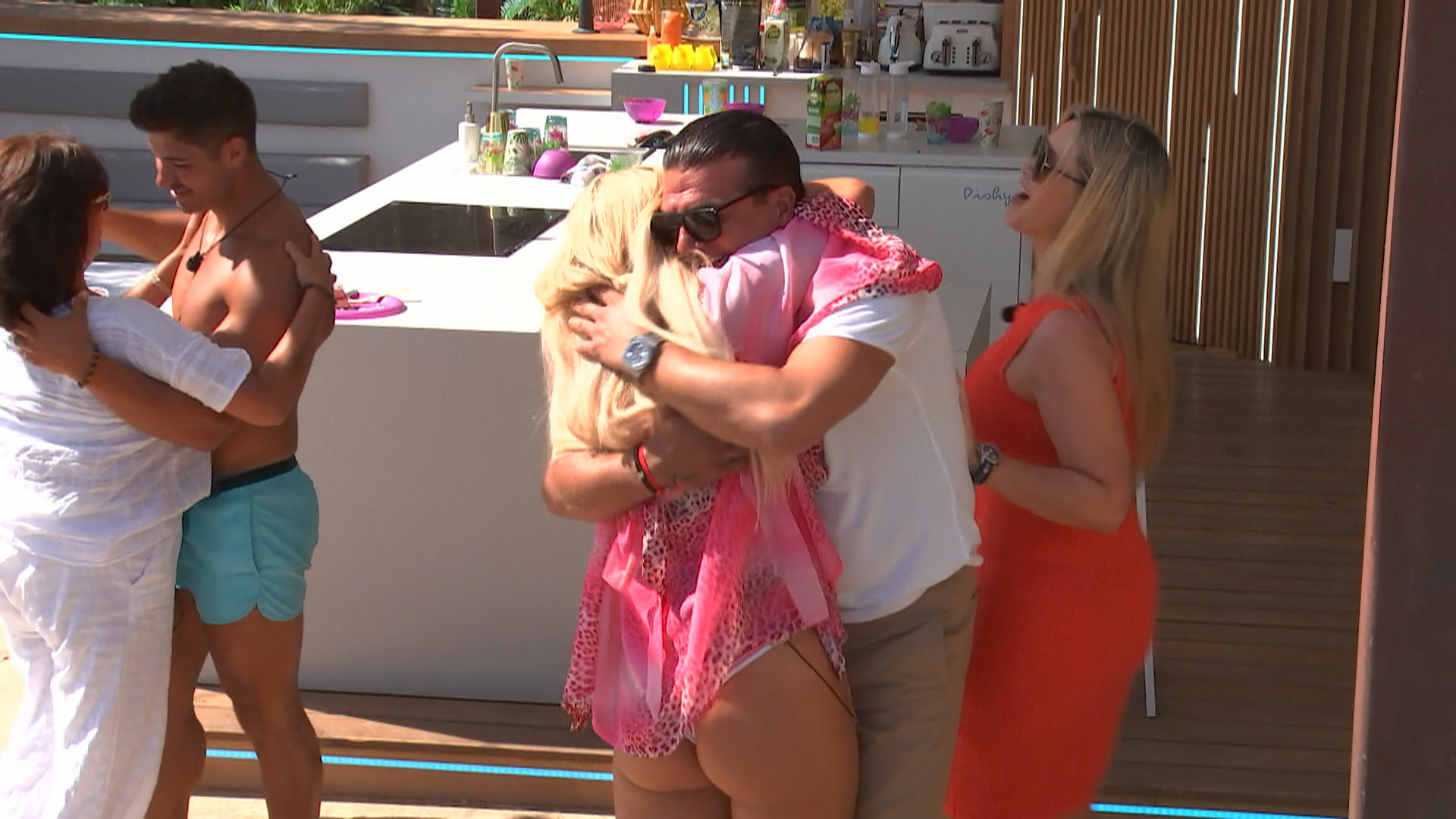 Speaking of her relationship with Anton she says, "we’ve got something good. We get on so well."

They're going to take things, "day by day and see how it goes."

She says they've been genuine and true to themselves, "We haven’t faked anything."

"We haven’t allowed ourselves to get wrapped up in it all, we’re realistic about things."

Belle loved her time in the villa so much that she says she would do it all again.

"It was great, I will never look back and think ‘what if?’ I found someone, I’ve made friends for life, and it was just an amazing experience."

Anton and Belle will appear on Love Island: Aftersun tonight from 10pm on ITV2.

This Love Island content is brought to you by Flexi Fi. Buy Now pay later with no interest ever plans. Visit Flexifi.com.