This year's Great Pink Run with Glanbia supported by Fitbit saw the event go virtual on it's 10th anniversary.

Over 15,000 men, women and children from all over the country took part over last weekend, October 17th and 18th.

They turned the globe pink by running, jogging or walking and combining their kilometres to cover the circumference of the globe!

Over €900,000 has been raised, which will all go towards pioneering research in to breast cancer.

Last weekend's event brings the total number of participants to 60,000 since the Great Pink Run began in 2011.

Since then, over €2.8 million has been raised. The funding is aimed at developing new and more effective targeted therapies for patients diagnosed with breast cancer.

The charity’s mission is to transform this disease, from often fatal, to a treatable illness that can be maintained long-term.

Donations made this year will fund research into metastatic disease, a challenging and much needed area for investment.

They also help people like Jill, who's story you can read below.

Jill Murphy, 28, was diagnosed with breast cancer in 2018 following a visit to her doctor that nearly didn't happen.

"I went for something else," she says, "and while there I said 'would you mind just checking these lumps…' I felt almost embarrassed asking, because you never think, at the age of 26, that you're going to get cancer." 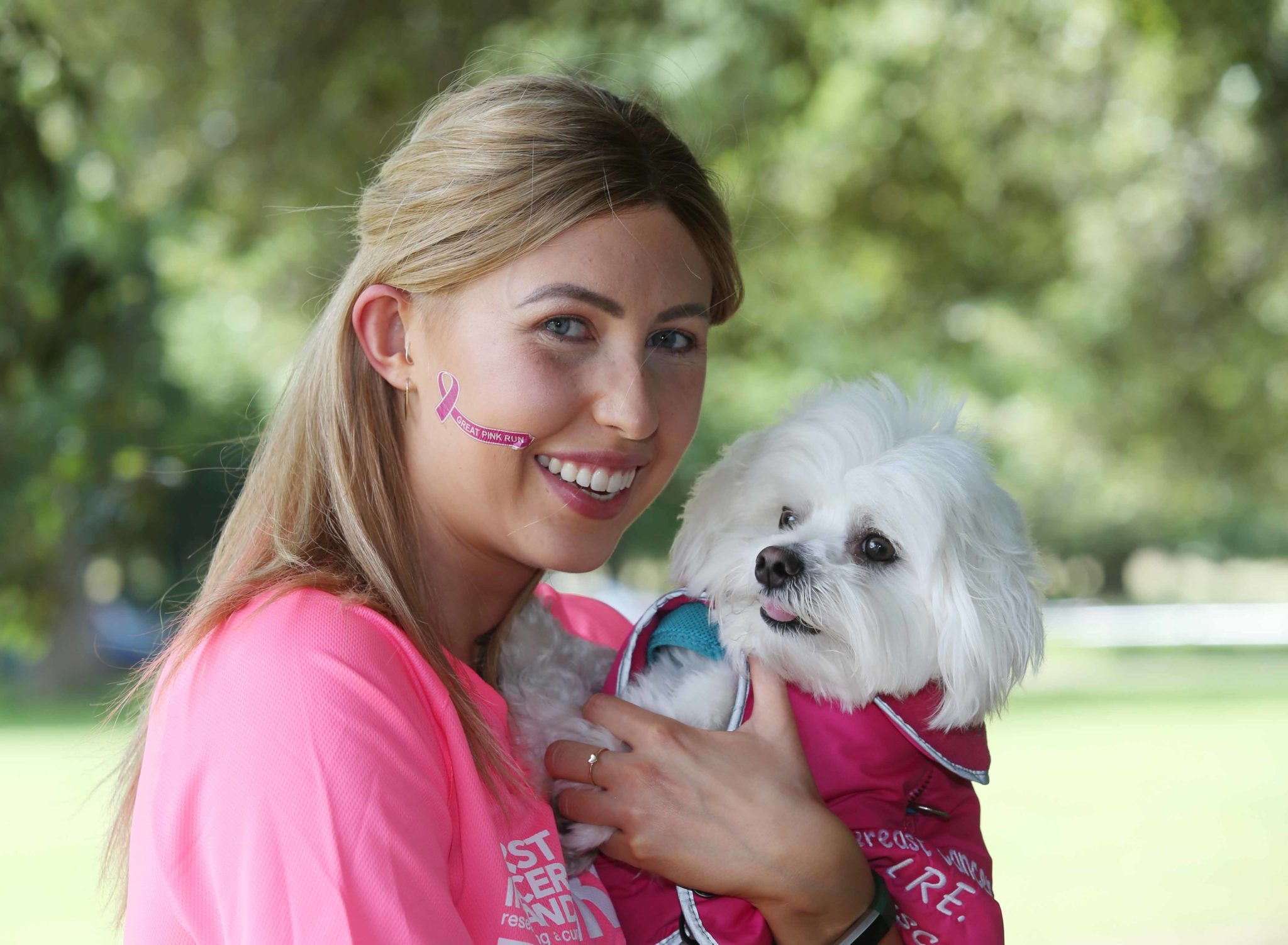 So what made her ask?

"A nurse from Breast Cancer Ireland, Adrienne McCreery, had recently attended the place where I work, to give a talk about checking your breasts: what to look for, what to be suspicious of. I didn't attend, but a friend told me all about it, and I was interested. I began following Breast Cancer Ireland on Instagram and looked through the information and infographics they have.

"A friend had been diagnosed in the UK not long before, and that too made me more interested and more aware. If it wasn't for that - Adrienne's visit and me following up on social media - I would never have got myself checked, and I could still be living with cancer now."

Even so, when Jill found the lumps, she wasn't worried at first.

"There's a history of cysts in my family so I assumed that's what it was," she says. "But, I noticed there was a different shape to the sides of my breasts where the lumps were. One of them, the part with the lump felt like muscle tissue. That turned out to be the more invasive tumour."

Friends and family told her not to worry but urged her to get a professional opinion.

Her GP referred her to St. Vincent's Hospital and initially she was told that it would be four months before she would get an appointment, but she had health insurance through work so went private.

She was due to be given a biopsy and an ultrasound but on the day of her appointment, she was told she would also be given a mammogram. Two weeks later, she got her diagnosis: bilateral breast cancer.

"It was such a shock," she says. "I felt like someone else was in that room, not me, being told that news. My mother was with me, and she was in floods of tears. 'I'd rather it was me than you,' she said, but I told her 'No, I'm young, and I'm going to bounce back from this'."

Her treatment was a bilateral mastectomy and reconstruction, followed by chemotherapy.

"The first thing was, I wanted to get my eggs frozen. I was told there was a high chance that my fertility would be okay, but I wanted to be safe, not sorry."

Jill got through the surgery, and then the first 12 weeks of chemotherapy "relatively okay. I still had energy, and only a few setbacks", but the final four weeks, on a different drug regime, A/C (Adriamycin/Cyclophosphamide) was a lot harder.

"Oh my God that was rough," she says, adding: "Although it has been such a tough journey, I have learned so much through it. It has given me a new perspective. A new lease of life, and a determination to spread awareness. I want to say to girls under 30: if you feel something, don't ignore it. It might be nothing - probably it will be nothing - but it's better to get yourself checked." 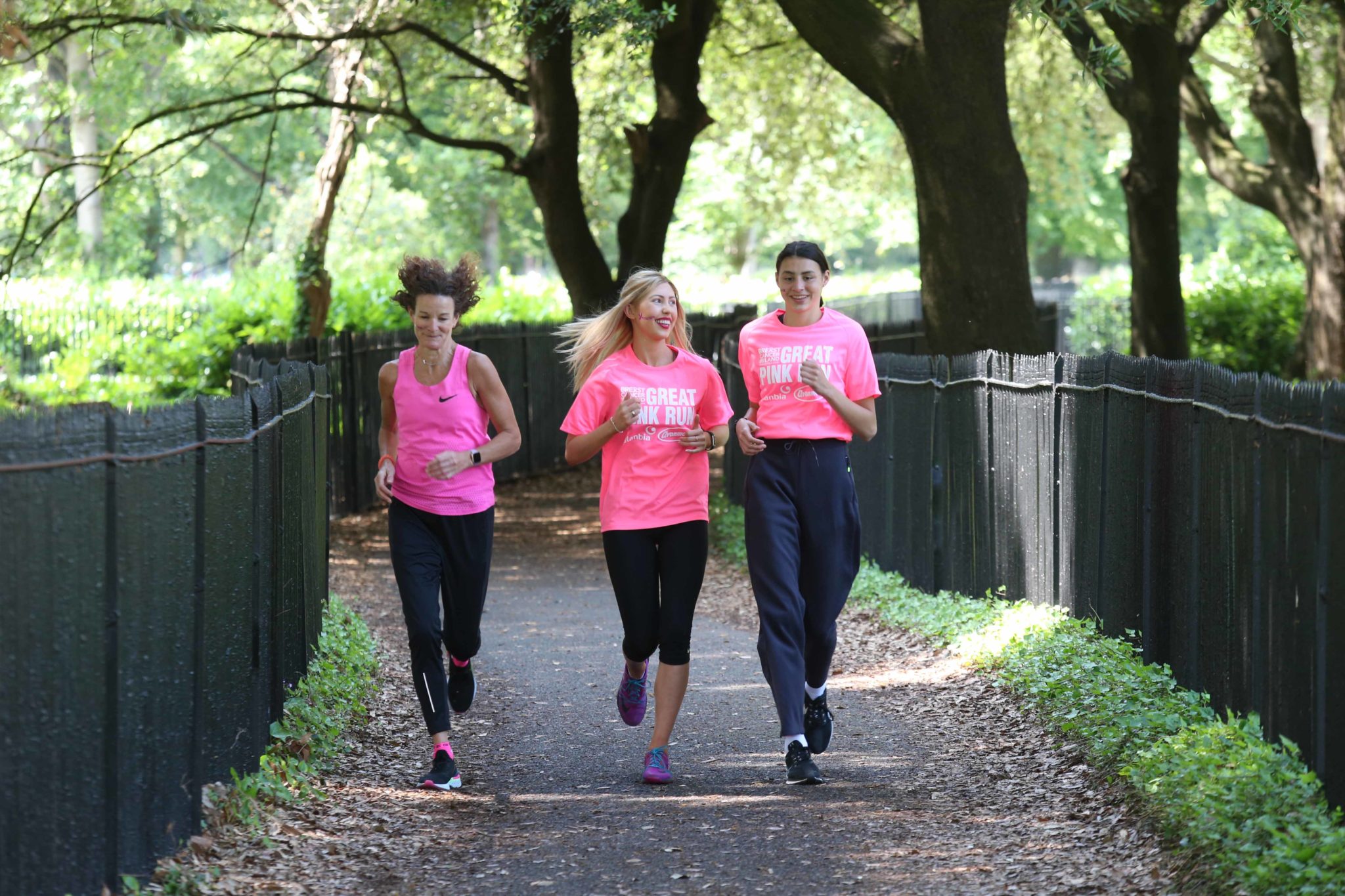