The Script have just announced their Greatest Hits UK and European tour, and of course, Dublin's 3Arena has made the cut.

What's even cooler is Ella Henderson will join them on tour! 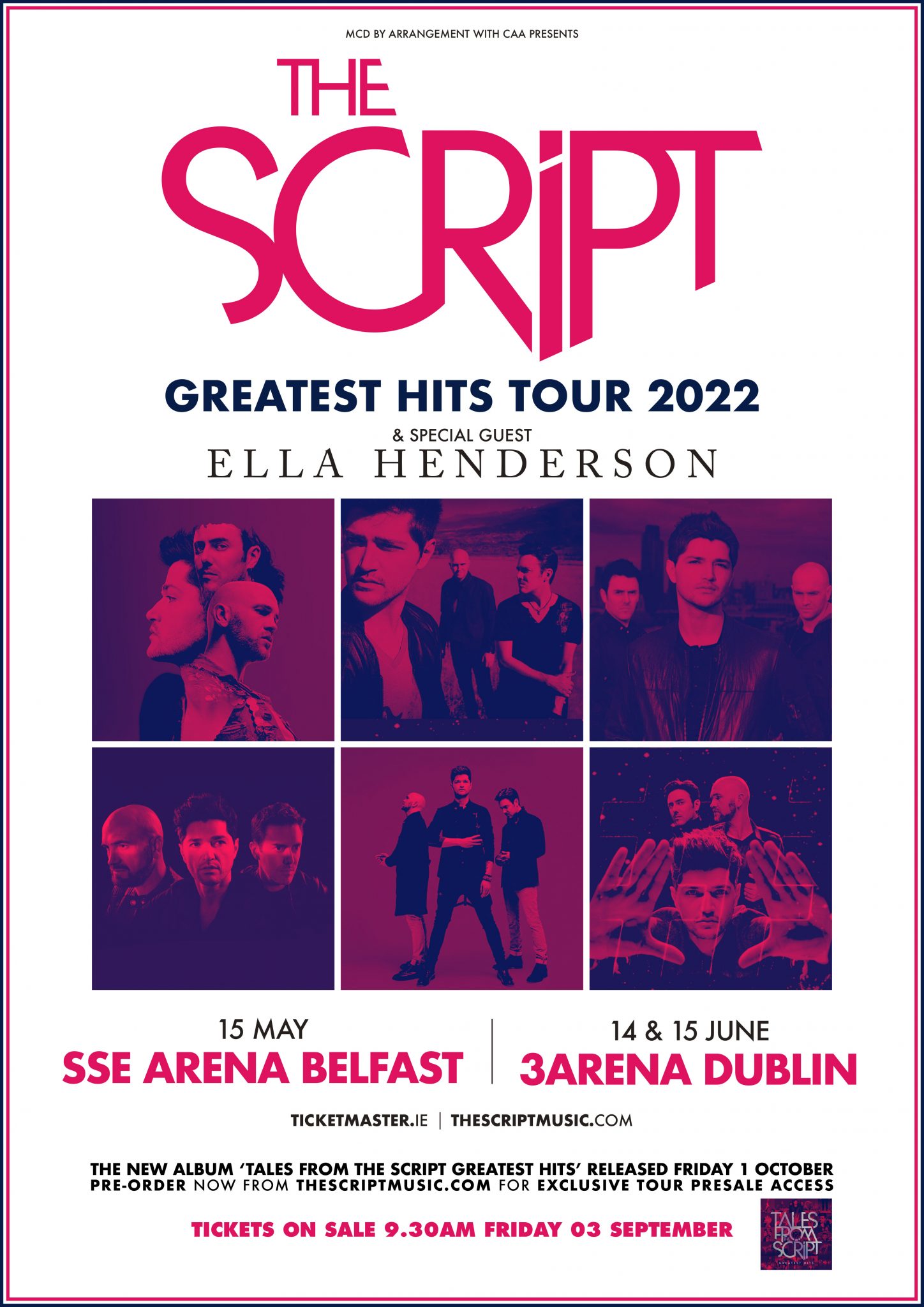 This will be their first run of live dates in over two years!

The boys have also announced their new greatest hits album Tales From The Script will drop October 1st.

It compiles all of the biggest hits and fan favourites from their six albums so far.

The collection honours everything the trio have achieved together since forming fourteen years ago.

'The Tales From The Script album is a springboard to our next chapter, but it’s also our story so far,' said Danny O’Donoghue.

This news follows the release of their brand new single I Want It All.

Tickets from €47.55 including booking fees go on sale Friday 3rd September at 9.30am.

The Script Add Third 3Arena Date Due To Popular Demand

The Script Announced For Dublin's 3Arena Next March