MK is coming to Ireland. 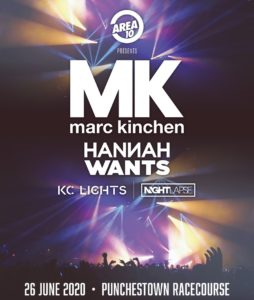 The DJ, producer and remixer is currently touring the United States and Australia.

Marc Kinchen (MK) came to prominence early on in his career when songs like Always and Burning and records like 4 You and Just A Dream were hit house songs in the 90s.

A look ahead to the early 2000s had MK sharpening his R&B skills with powerhouses like Will Smith and Diane Warren.

Fast-forward to 2019, and it has been a great year for Marc.

Denver & San Fran that was dope! Next stop Australia ☀️

MK and Becky Hill decided to do another record together and released the platinum Piece of Me. His next song, 17, released in 2017, also achieved platinum status and to date has streamed over 120 million times. Most recent is the gold certified Back & Forth, which came with a full complement of incredible mixes.

Following this string of successful singles, his next single release was Body 2 Body, just in time for the summer 2019 season. The single received massive global support.

SPIN Takes A Look Back At 10 Years Of One Direction