March 13th 2023, mark it in your diary, because that's the day All Time Low return to Dublin for a show at the 3Olympia.

Tickets go on sale this Friday, 11th November at 10am. 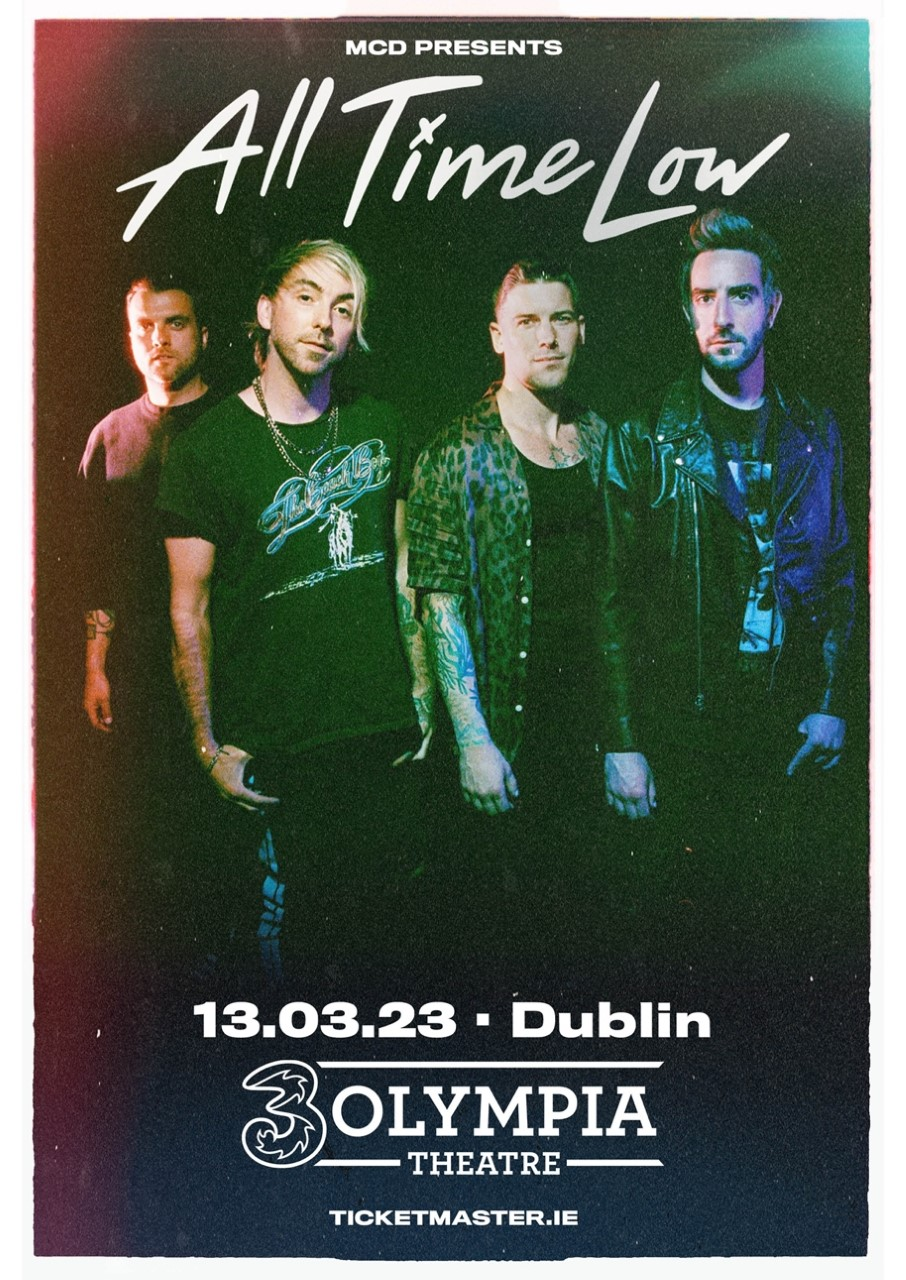 The news follows the release of their latest single Sleepwalking, and is part of their 2023 European tour.

Since 2003, the group have bagged themselves five straight top 10 entries on the Billboard Top 200.

2019 saw them celebrate their 2009 record Nothing Personal with a string of sold-out shows and a rerecorded live performance of the album at Red Bull Studios.

The record’s influence remained prevalent with Rock Sound citing its impact on Fall Out Boy, 5 Seconds of Summer, and more.

After nearly two decades together, All Time Low rekindled the spark they first ignited in a Baltimore basement on their 2020 eighth full-length studio album, Wake Up, Sunshine [Fueled By Ramen].