Anne-Marie has been in Dublin the last couple days.

The singer performed at Rudimental's gig in the Olympia Theatre yesterday.

Dublin... we think it's safe to say last night you were MAD. What a way to kick off the live tour! pic.twitter.com/68fTjpfsYT

However, there's one particular appearance she makes that will melt your heart.

The singer made four-year-old Sienna's day when she met her at the side of the Olympia Theatre near the stage door.

Sienna threw herself into Anne-Marie's arms.

Anne-Marie even commented on the video, 'I think this was my favourite cuddle ever.'

She's been sharing her experience in Dublin on social media.

We're well known for the large amount of buskers that perform on our streets on a daily basis.

In one of her Instagram videos, she shares a performance from one busker in particular. 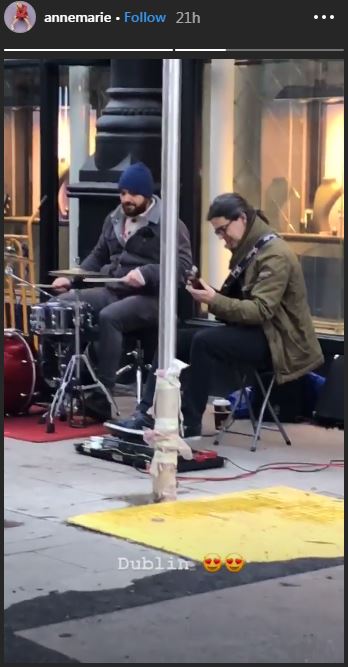 It's safe to say she's having a blast in Ireland.