Kim and Kourtney Kardashian have taken to Instagram to pay tribute to their late father Robert.

'I miss him every day'

105 days until Christmas (this is not a wig)

In 2003, at just 59-years-old Robert Kardashian was diagnosed with esophageal cancer.

He was married to Kris Jenner from 1978 until 1991 when they divorced.

You are the definition of living your best life. I love you so much my mommy I don’t even have words to describe it. Thank you for being so fabulous. Happy Birthday!

Kim shares a picture of herself and her dad on the 16th anniversary of his death, 'Miss you dad.'

'Can’t believe today would be 16 years since you went to heaven.'

Khloé comments, 'This is such a beautiful photo! I miss him every day!'

Miss you dad. Can’t believe today would be 16 years since you went to heaven. ✨

Meanwhile, Kourtney shares an old photo of herself as a little girl in her father's arms.

She writes, 'I miss him so much doesn’t begin to describe it.'

I miss him so much doesn’t begin to describe it.

She takes to Instagram Stories with a painting of her father which can be seen hanging on the wall in her home. 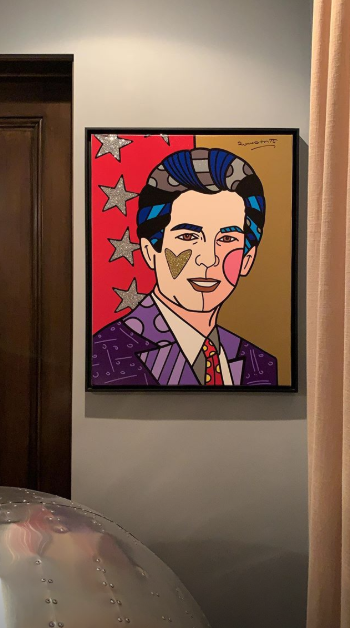 To catch up on the latest episode of KUWTK, go here.