Reality star Kim Kardashian reveals she took off the fake nipples that went with her Met Gala dress.

She explains the reason she did this was that her husband Kanye disapproved of them.

'He was really certain that he didn’t want that on the dress.' 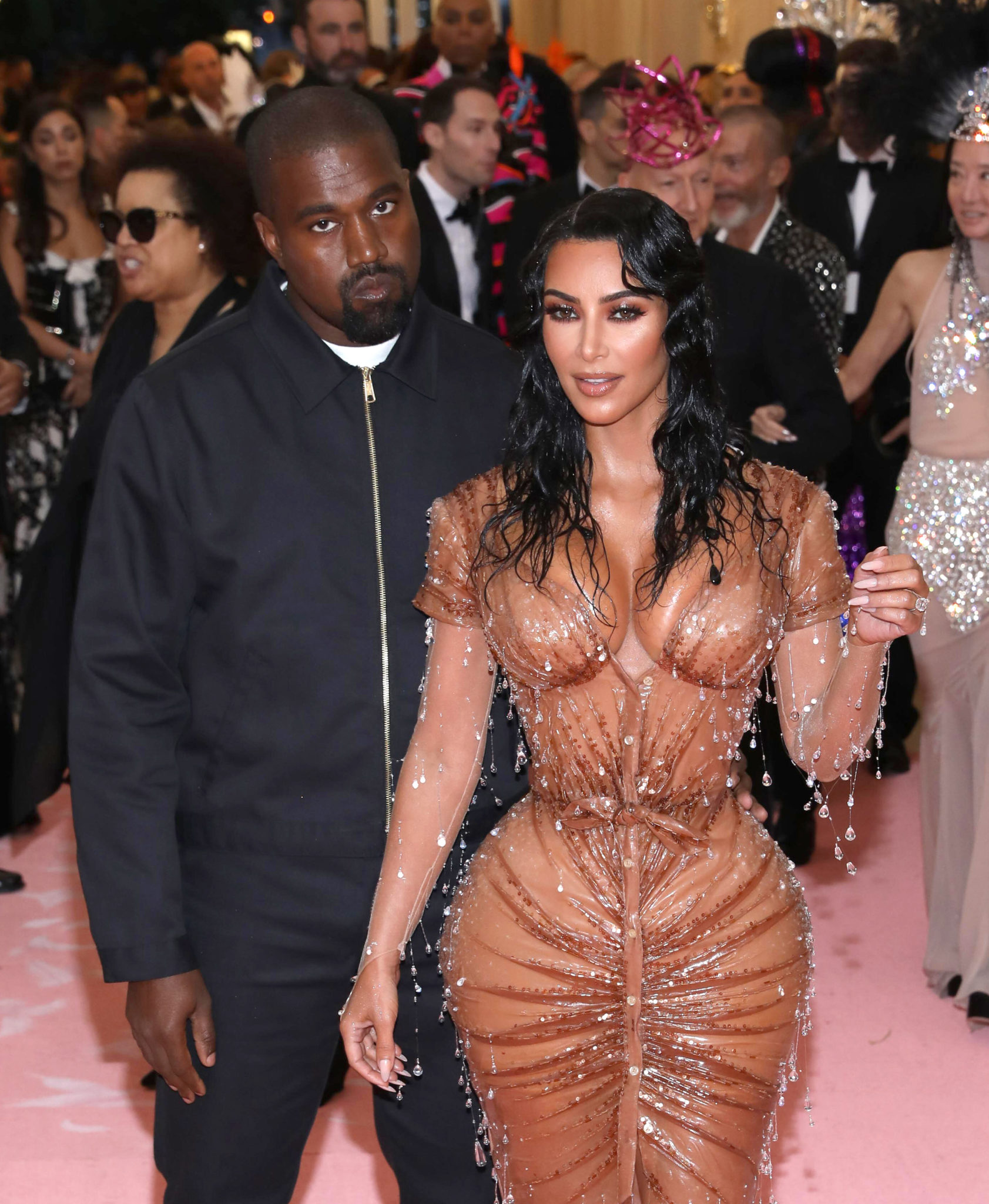 It was already mentioned on KUWTK that Kanye felt her Met Gala dress was, "too sexy."

He tells her, "I went through this transition where being a rapper, looking at all these girls and looking at my wife, like, "Oh my girl needs to be just like the other girls showing their body off.""

"I didn’t realise that that was affecting my soul and my spirit as someone who is married and the father of now about to be four kids."

She can't understand why he chose the night before the Met to tell her this.

"So the night before the Met you’re going to come in here and say that you’re not into a corset vibe?"

"You knew last night I had really bad anxiety and I don’t need any more negative energy and for you say you’re now not into me wearing a tight dress."

He tells her, "You are my wife and it affects me when pictures are too sexy."

She responds, "You built me up to be this sexy person and confidence and all this."

"Just because you’re on a journey and transformation doesn’t mean I’m in the same spot with you."

Kim opens up about the incident

Kim opens up about the incident in a new interview on The Real this week.

She wore the dress to the Gala despite his comments however, she says she did compromise.

The Kardashian removed a set of fake nipples from the dress after he expressed concerns over them.

Kim explains, "Well the dress initially since I was wet coming out of the water, there were nipples attached to it."

"I think with editing I don’t know, I’m not sure if we actually put that part into that fight [on the show]."

She goes on, "So he was really certain that he didn’t want that on the dress and had mentioned it multiple times."

"And that was still on there so we did have that discussion."

"I obviously want to be appropriate for my children and there’s enough for them to see already."

Kim concludes, "I could tone it down a little bit. I totally compromise."

Meanwhile, it's reported Kylie Jenner and Drake are an item.