Khloé Kardashian Underwent Surgery To Remove Tumour From Her Face

After some speculation, Khloé Kardashian has finally shared why she's been wearing a bandage on her cheek.

She revealed she had to have a tumour removed from her face after she noticed a small bump. 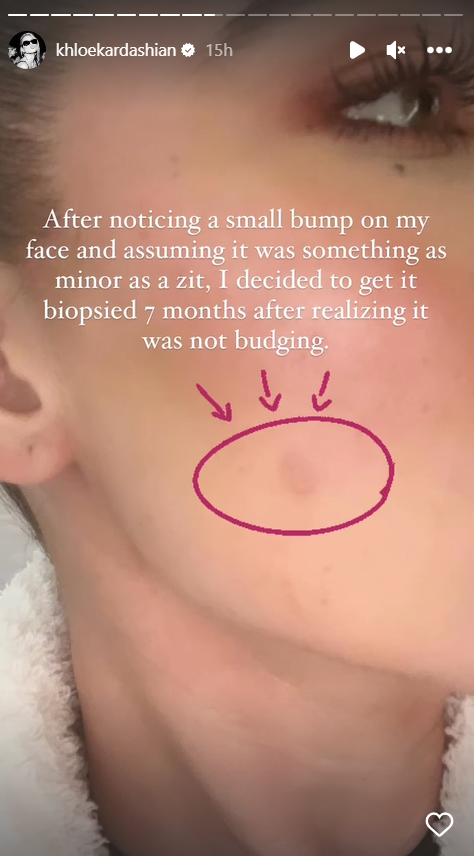 Taking to Instagram Stories, she wrote, 'I have seen numerous stories going around about the ever-evolving bandage on my face, with some of you wondering why I’ve been wearing one for the past few weeks.'

'After noticing a small bump on my face and assuming it was something as minor as a zit, I decided to get it biopsied 7 months after realising it was not budging.'

'Dermatologist Dr. Tess Mauricio examined it, and a second biopsy was ran by Dr. Daniel Behroozan because what they both were seeing was incredibly rare for someone my age.'

She continued, 'A few days later I was told I need to have an immediate operation to remove a tumor on my face.'

'I called none other than Dr. Garth Fischer, a dear friend of my families and one of the best surgeons in Beverly Hills who I knew would take incredible care of my face.'

'I’m grateful to share that Dr. Fischer was able to get everything – all my margins appear clear and now we are onto the healing process.'

'So, here we are… you’ll continue to see my bandages and when I’m allowed, you’ll probably see a scar (and indention in my cheek from the tumor being removed)'

Khloé added, 'but until then I hope you enjoy how fabulous I’m making these face bandages look.'

In a separate post, the reality star revealed the only reason she's telling her story is to, 'remind everyone to get checked.' 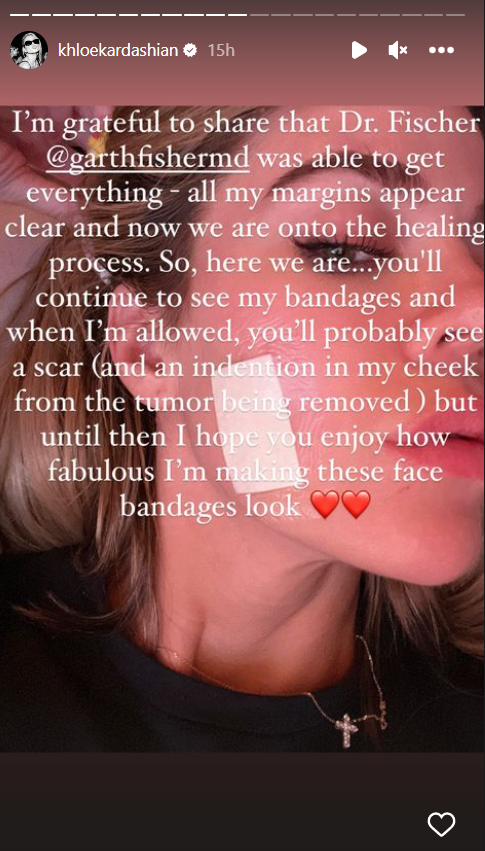 She said when she was just 19, she had melanoma on her back.

'I had a surgery to remove that as well, so I am pre-composed to melanomas. Even those who are not, we should be checking all the time.'

'I am someone who wears sunscreen every single day, religiously so no one is exempt from these things.' 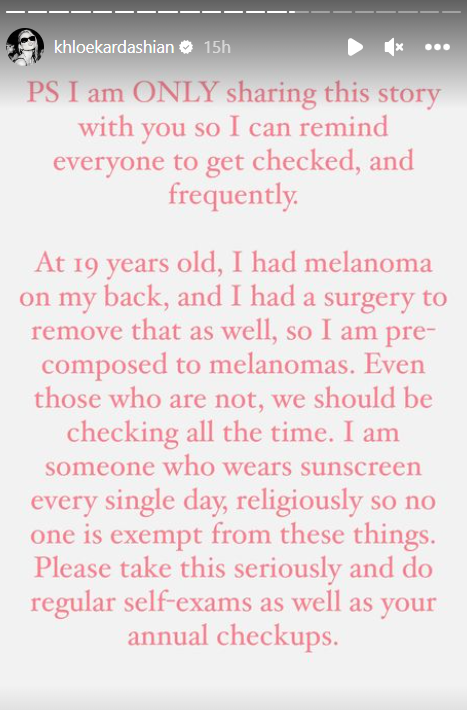 Khloé urged her followers to, 'Please take this seriously and do regular self-exams as well as your annual checkups.'

Kanye West Lashes Out At Khloé Kardashian For Calling Him Out: 'YOU ARE LYING'