The Brittany actress wants those who are hurting right now to know that they're not alone.

Heather began her video, "I have done a couple of these already, because it’s really tricky to film yourself and be really honest and talk personally. I have been feeling very heavy lately."

The 33-year-old told her followers that she knows how important their character's relationship was to fans.

"Most of you felt like it was your gateway into your current life."

She continued, "Most of you felt like it was an inspiration to become your best self."

"I think she knew a little bit more than I did," Heather admitted.

THE reunion of all reunions...thank you @monsterjam for having us ❤️❤️

She went on, "I really felt it a lot later with all the messages and all the people reaching out."

"And I knew the writers also knew that as well. They were basically writing for the fans."

"I felt a really deep need to connect to all of you right now because I just know how important our relationship was to you all."

Heather struggled to hold back tears as she acknowledged how, "very lost," Glee fans must feel right now.

She said she understands they might feel, "far away from what happened," and maybe, "a bit confused."

The messages are going to trickle out. But you’re still here with me. And I’m not done remembering your legacy. You would tell me “you look so skinny” EVERY TIME you saw me and it made me giggle slash I loved it and when I told you how it made me feel...you said “well I’d always like to hear that I look skinny so I make sure to make others feel good like that.” We had a play date in the works for this week and I can’t wait for it to be over so I can stop thinking about how I missed our chance to be together. I fucking loved how you drank martini’s and no one would know you smoked cuz you were a mastermind at hiding it. I’m doing something everyday to honor your strength and it helps me to feel close to you. I love you Nay

"But I felt like it owed it to you guys because I think the fans were such a huge impact on our storyline and I want to thank you all for being such advocates and so supportive of Santana and Brittany’s relationship, because without you guys it never would have existed."

"You guys helped create something for the writers and, for Naya and I, that made an impact that will last for a lifetime and beyond then." 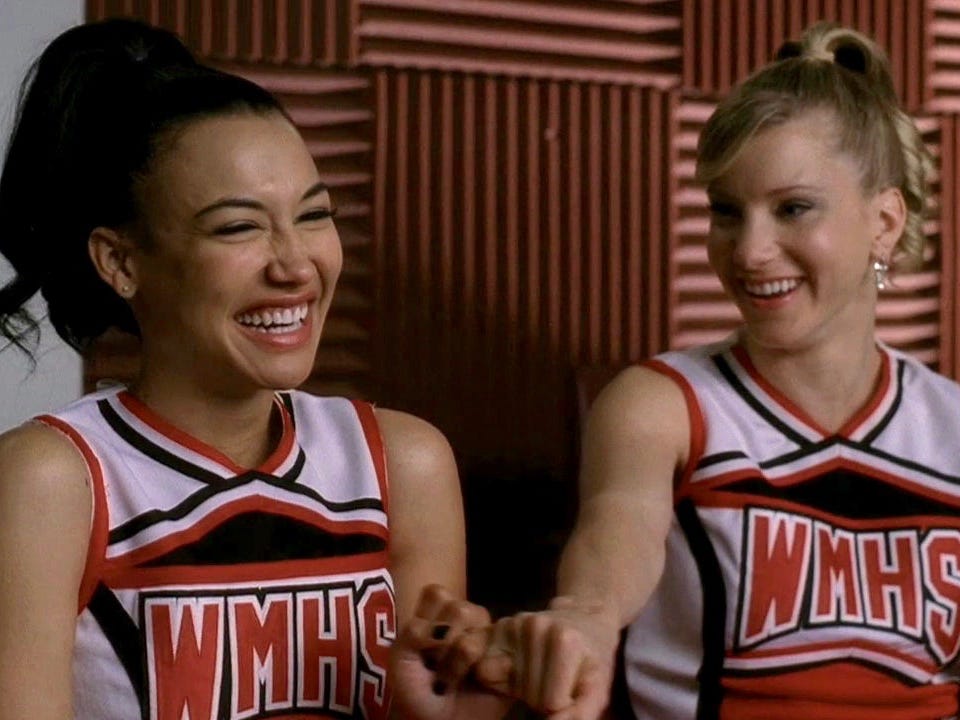 "Grief looks different on everybody"

"I want you to know that we are all here with you, that grief looks different on everybody."

"And I want you to be gentle and kind to yourself during this time."

She added, "I think many of you may feel very far away and I hope this message will help you feel closer."

"Something that’s helped me is to write a letter to talk to her and so I hope that helps."

Heather finished, "I really just wanted to connect with you guys and tell you how much I appreciate you and love you."

Her celebrity friends paid tribute on social media after hearing the news.

Read what they had to say here.