'So far 21 savage memes have been my favorite part of the Super Bowl.'

The rapper was arrested for reportedly overstaying his American visa.

Many Twitter users took to the comments section to hit back at the singer for her Tweet.

One user writes, 'You're line stepping and this is trash.'

'He is now separated from his family NOTHING about ICE is funny or a joke for Black and Brown folks.'

Even Offset jumps on the bandwagon with, 'ALL THE MEMES AND SH*T AINT FUNNY WHEN SOMEBODY GOING THROUGH SOME.'

Some Twitter users brought up the singers past involving drugs.

So, she responds, 'If you're gonna come at me for making a joke, try coming at me with something original not involving drugs.'

As a result of all the online hatred, she deleted her account.

Before deactivating her Twitter, she explains exactly what it was she found funny.

'The meme I posted/was talking about was of him writing with a feather pen. Sorry if I offended anyone.'

She goes on to defend herself from some of the negative comments she received.

'But it's no excuse to laugh at someone's addiction let alone their OD.'

It seems she's had enough of social media.

Demi wrote that she 'wasn't laughing at anyone getting deported.' 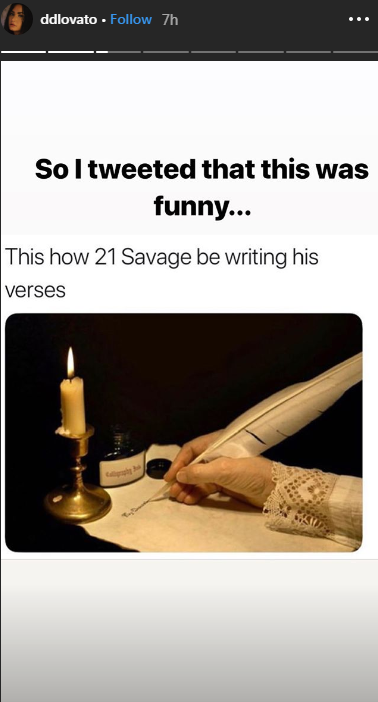 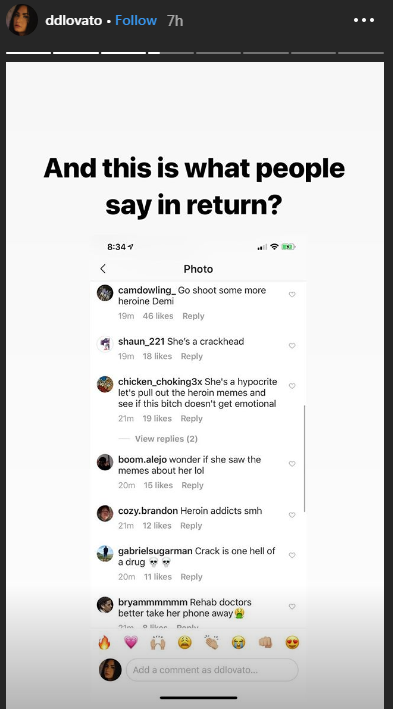 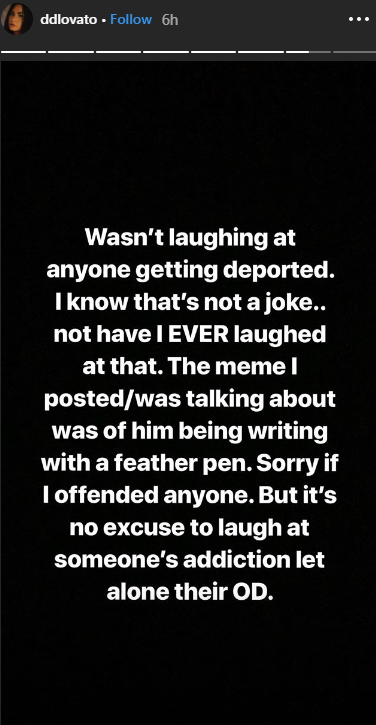 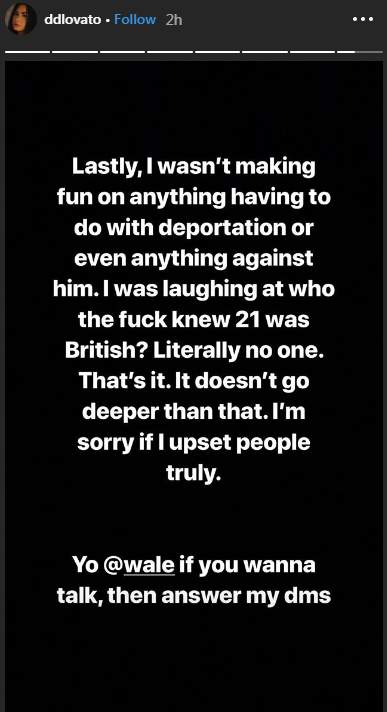 While there are many people still furious over Demi's Tweet, there are also those who support her.

One Twitter user writes, 'Demi Lovato is getting backlash for laughing at 21 savage...'

'She laughed at a 21 savage meme and everyone is calling her a crackhead.. the internet is f**ked up bro.'

LOOK: Tommy Fury Gets Molly-Mae An Adorable Puppy For Her Birthday