Ariana Grande has apologised to for a 'dumb joke' she tweeted which involved her ex Pete Davidson.

This comes after the singer found herself in the middle of the Kanye West and Drake feud.

'guys, i know there are grown men arguing online rn but miley and i dropping, our beautiful new songs tonight so if y'all could please jus behave for just like a few hours so the girls can shine that'd be so sick thank u.'

Kanye later responded, 'I know Ariana said this to be cool and didn’t mean no harm but I don’t like even slightest level of slight commentary from someone I know loves and respects me.'

I know Ariana said this to be cool and didn’t mean no harm but I don’t like even slightest level of slight commentary from someone I know loves and respects me pic.twitter.com/T9VXaIj9MX

He continued, 'All of this foolishness weighed on my mental health so @ArianaGrande you know I got love for you but until you're ready to really make sure everyone's ok don't use me or this moment to promote a song.'

E! News have reported that Grande responded, 'With all due respect, I don't need to use anyone to promote anything. Period. I was making a comment ab what men were doing at the time vs. women.'

'It was a joke which I understand now was probably insensitive. I apologize if I was in any way triggering and hope u feel well today.'

She has since dropped her brand new track 'Imagine'.

Ariana's ex Pete Davidson then got involved, standing up for West amid the drama.

According to Vulture, he wrote, 'Bravo Kanye West for standing up for yourself and speaking out against mental health.'

'I can’t explain to you enough how difficult and scary it is to be honest about stuff like this. We need people like Kanye.'

'No one should ever point fingers at you for your bravery in speaking about mental health. I’m seriously disgusted.'

Davidson faced serious backlash for his comments and later took to Instagram with a disturbing post which read, 'i really don't want to be on this earth anymore,' before deleting his account.

Wow. I pray Pete Davidson is able to find peace on this earth. 🙏 #Repost @petedavidson with @get_repost

It wasn't long before Grande tweeted an apology.

According to E! News she wrote, 'Man I'm so sorry I told a dumb joke. I really didn't mean any harm. All I want everyone to be healthy and happy.'

'So desperately. Please. My god...I'm downstairs and I'm not going anywhere if you need anyone or anything. I know u have everyone u need and that's not me, but I'm here too.' 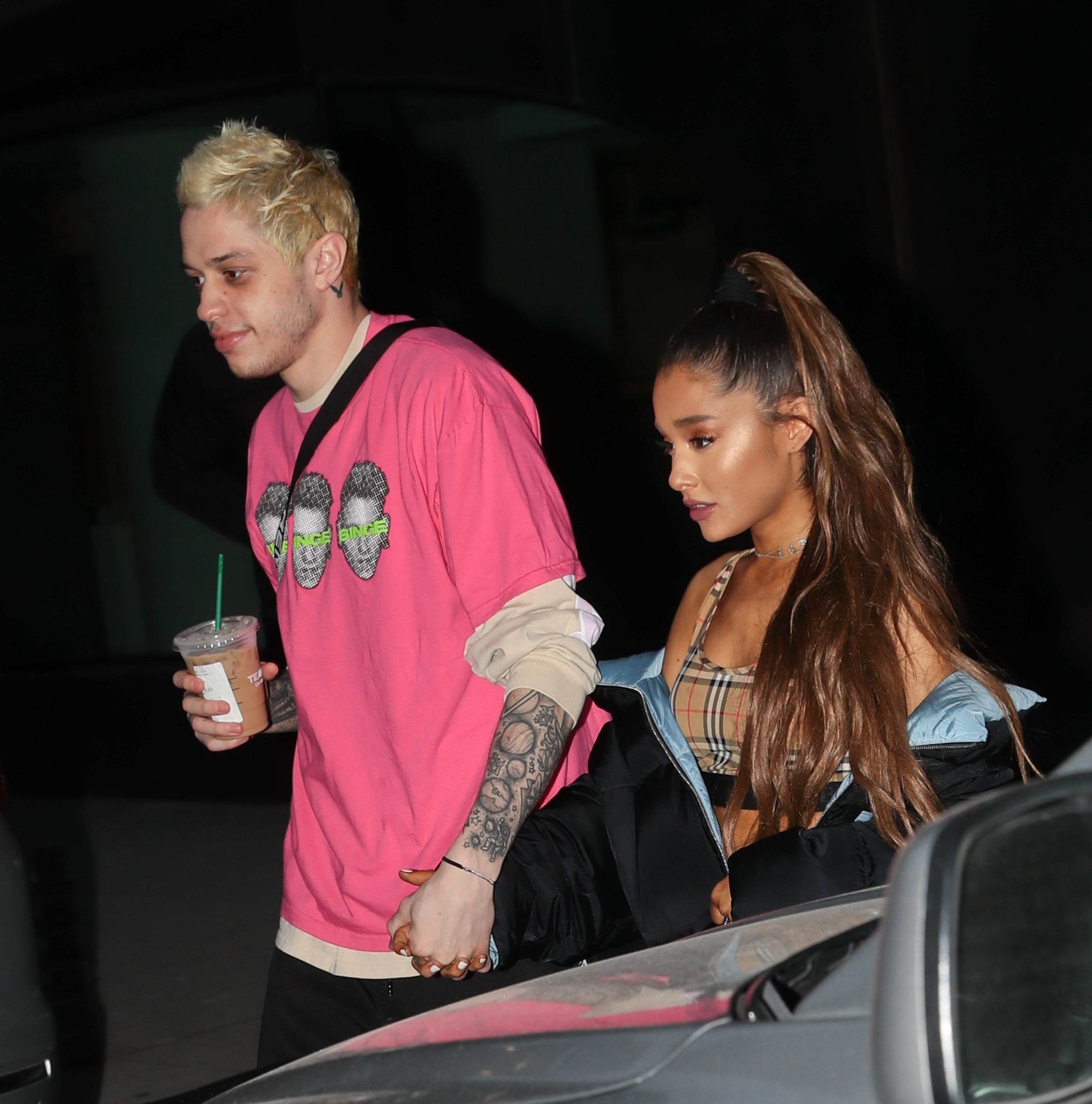 A fan asked why she couldn't have texted Pete instead.

She was not the only one to express concern.

Machine Gun Kelly shared that he was on his way to see Pete and that he didn't want the comedian to be alone during this difficult time.

im in the plane now on the way to see Pete. gonna make sure he’s good, i promise. can’t have my boy in the darkness like that.

Thankfully, Pete seems to be okay and Kelly has since been spotted in New York with the SNL comedian.

Watch: Ariana Grande Recovers So Gracefully After Falling On Stage