Kanye West Calls Drake Out During Twitter Rant For "Threatening" Him

Kanye West has called Drake out during a Twitter rant for 'threatening' him.

The pair have been feuding for quite some time now and it seems Kanye West has had enough of the canadian rapper.

It all began when Kanye shared a screenshot of a message which showed that Drake had 'sent a clearance request for 'Say What's Real.''

He captioned the tweet, 'This proves sh*t faker than wrestling.'

He went on to express his anger over Drake never having apologised for 'mentioning the 350s and trying to take food out your idols kids mouths.'

Kanye revealed the feud has been going on for six months now.

He also references Drake's feud with Pusha T after rumours spread that Kanye had told Pusha about Drake's secret son.

Pusha T later wrote a diss track called 'The Story of Adidon' which shamed Drake for what Pusha described as 'hiding' his son.

Later in September, Pusha revealed that it was not Kanye that told him about the baby at all.

I told you I ain’t tell Pusha about your son

It’s all love bro bro but don’t play with me. You stay too close to be playing all these industry games bro

It wasn't long before Drake got involved and 'finally called' West.

He also admitted that even though Drake had called him, he still hasn't given him clearance for the track.

Things then took a turn for the worst when Kanye alleged that Drake had 'threatened' him.

He then added 'if anything happens to me or anyone from my family you are the first suspect.'

You threatened the safety of me and my family

West has admitted that he would like to talk things out with Drake rather than have it turn violent.

I’m up for talking. We need to show all of these fans that black men can@talk without someone ending up dead or in jail

Drake later took to Instagram stories with a series of laughing emoji's which we're presuming have to do with Kanye's comments on Twitter. 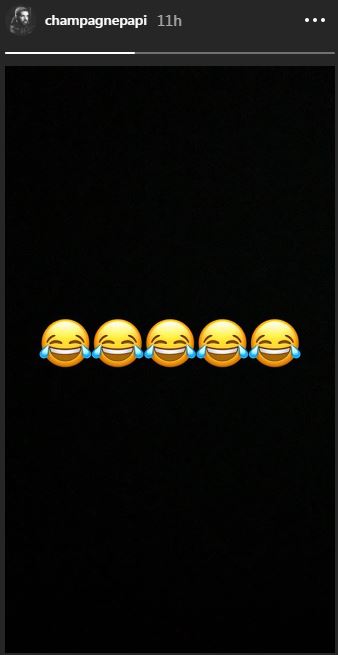 West then expressed his belief that his 'existence is for the rights of all artist.'

It wasn't long before his wife Kim Kardashian took to Twitter in support of her husband.

She wrote that he 'is the most brilliant person, the most genius person' and that he 'will continue to change the world.'

My husband is the most brilliant person, the most genius person that I know. He has broken so many boundaries, everything from music, stage design, fashion and culture and will continue to change the world.

Like most of Kanye's tweets, they can be hard to decipher so there's only so much we can translate.

However, one thing we have gathered from the rant is that he's not got a lot of love for Drake.