There's only so much Love Island's Amber Gill can take before she becomes, 'overwhelmed,' and, 'exhausted.'

The reality star has been receiving vile messages from online trolls and she's had enough.

Amber shared a screenshot of some of the messages she's received from one particular online troll.

They told her it's, 'embarrassing,' how often black people, 'pull the race card out.'

And then accused her of constantly thinking she's, 'the victim of racism.' 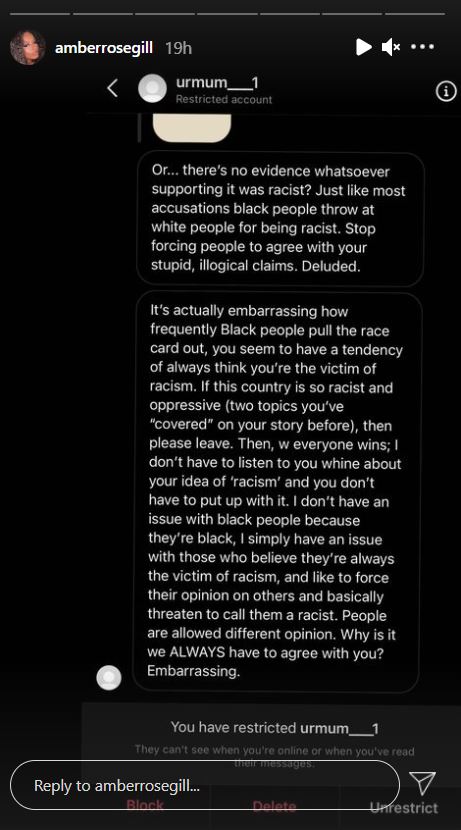 The Instagram user added, 'if this country is so racist and oppressive... then please leave.'

In another message, the same troll advised Amber that she has a, 'low IQ,' because she was on Love Island.

In the next story, Amber wrote how, 'overwhelmed,' and, 'exhausted,' these messages have made her feel. 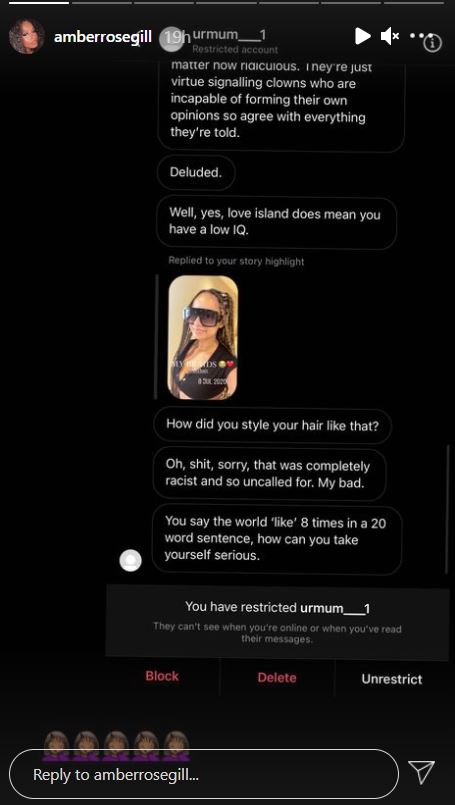 She wrote, 'Sometimes if you catch me being super quiet on here when I usually use my voice it's because I get overwhelmed/ exhausted and need a break.'

'And what I say or repost never warrants the amount of hateful messages I get in return and it's how idiotic and pathetic the messages are that makes me feel like I'm just fighting a losing battle,' Amber wrote.

'I love speaking up, but it's the ignorance, bigotry and racism.'

'They know exactly what they are doing... it's gaslighting.'

'Sometimes it gets too much as these people are not listening to understand they just want to fight.'

'But this is the most important time to keep speaking as they want people like us to just put up and shut up.'

'I'm not crying about the messages,' Amber insisted.

'It's just annoying to see how many have this crazy warped view!'

'And it's very upsetting,' she concluded. 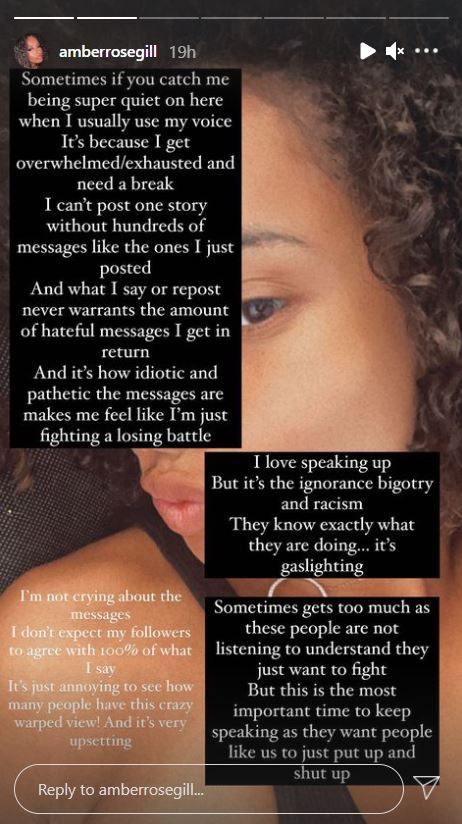 In other Amber news, she recently revealed she hated being on Love Island towards the end.