The Jonas Brothers Announce They're Reuniting On Carpool Karaoke

The Jonas Brothers are back

The Jonas Brothers have just confirmed a reunion.

They spilled the beans in a teaser for an upcoming episode of James Corden's Carpool Karaoke.

James asks, 'Is what I think is happening... is it happening?' To which they respond, 'Yep, we're back.'

From Monday, the boys will appear on the show for a week-long takeover.

Their new single is out at midnight

They shared a teaser video from the music video and we already love it.

We all saw this coming

Rumours of a reunion have been circulating the internet for some time now.

After they blacked out their social media accounts, fans were convinced a reunion was in the works. 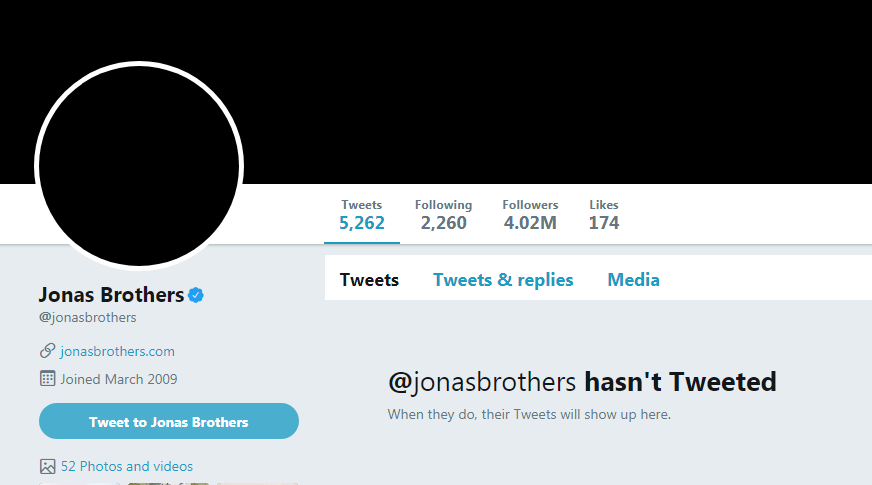 Earlier this month, The Sun reported they flew to London to plot the reunion.

A music insider reportedly told the publication that 'they feel that now is the right time to get back together.'

'After enjoying solo music success and taking time to work on passion projects, they feel that now is the right time to get back together.'

The Jonas Brothers formed way back in 2005

However, their success came from an appearance in the Disney Channel film Camp Rock in 2008.

It's been a decade since the boys last released an album.

The Sun says it was due to 'a deep rift' and 'a big disagreement over their music direction.'

The question now is whether or not we'll get a Jonas World Tour.

Plan B Watch: Jonas Brothers Reveal How They Annoy Their Wives

Jonas Brothers Announce They're Releasing A Christmas Song This Friday