In just 26 days, we'll see the Harry Potter cast return to Hogwarts in celebration of the franchise's 20th anniversary.

HBO Max have just released a brand new teaser for the event and it honestly gave us goosebumps.

The clip opens with a view of the Daily Prophet being held up by a mystery woman.

And we're pretty sure the mystery woman is Bellatrix Lestrange, played by Helena Bonham Carter. 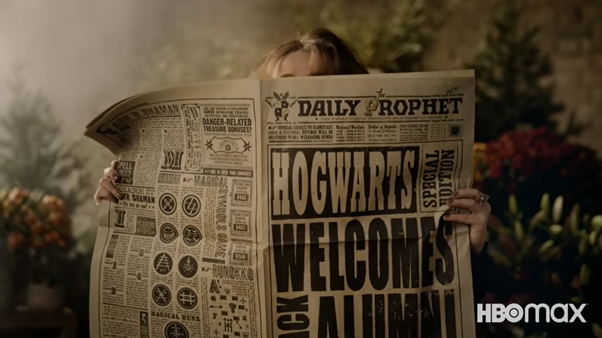 We're then shown each cast member being sent a letter, inviting them back to Hogwarts.

Then, we watch as a woman strolls through Platform 9¾.

The camera follows her from behind as she looks for the Hogwarts Express.

And we're pretty sure this mystery lady is Emma Watson, aka Hermione Granger.

Friends-Style Reunion Reportedly In The Works For Harry Potter Cast