The show have just released her introduction interview and we have all the juicy details. 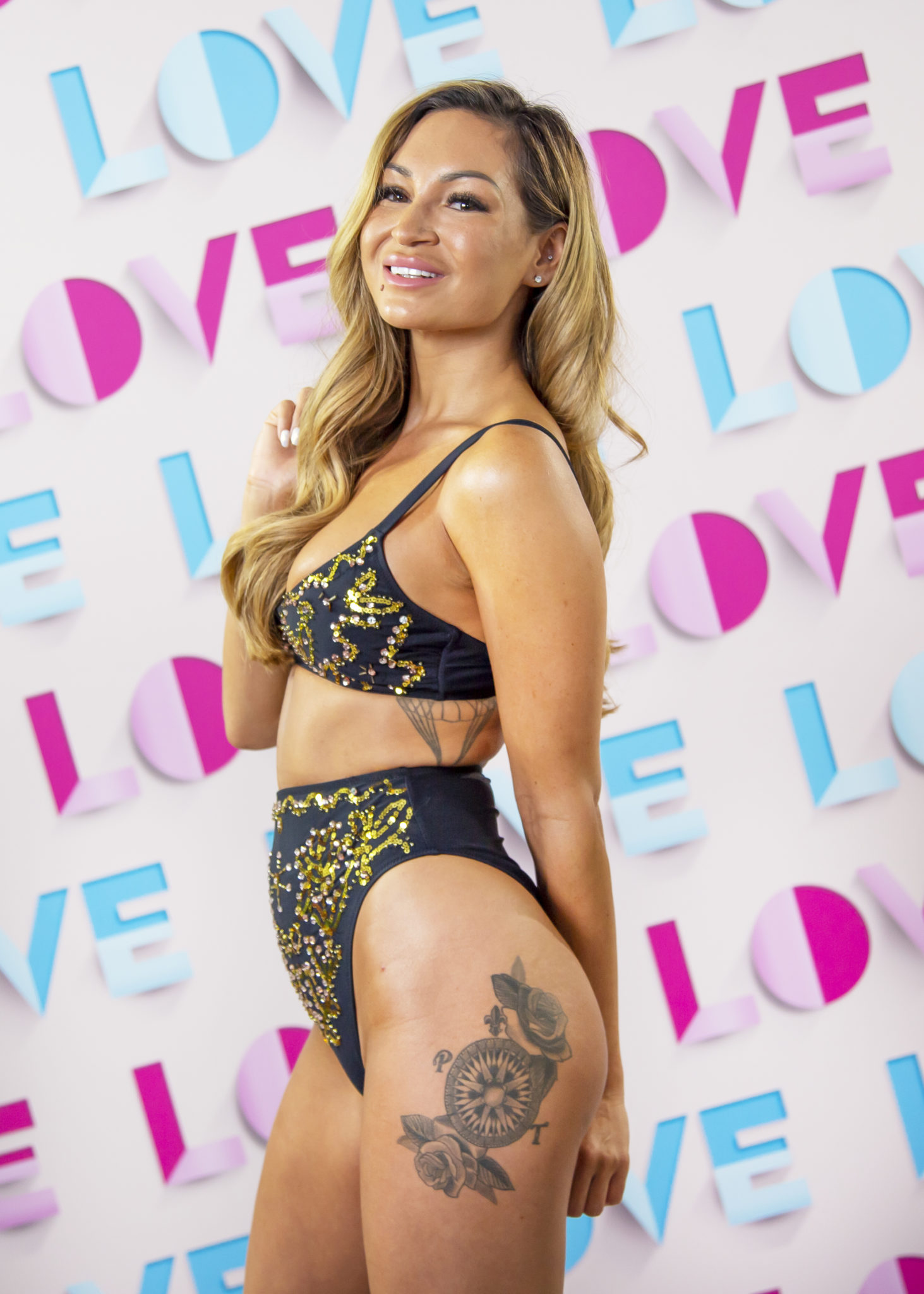 Andrea-Jane, aka AJ, is a 28-year-old Hair Extension Technician from Hertfordshire.

When asked what made her sign up for the show, she admitted, 'I've had the worst luck with men.'

'I feel like this is the only thing I haven't tried.'

AJ was also asked what she thinks of the villa boys and who she has her eyes on.

She revealed, 'There is something about Teddy. He’s a bit of me.'

She added, 'In terms of being adventurous and spontaneous, I think we’d get on really well.'

AJ is also a fan of Aaron and Hugo, 'there is something about them so I want to get to know them a bit more.'

However, she has no interest in Toby because, '[he] said he was a commitment-phobe.'

She explained, 'My ex was a commitment-phobe so no thank you, I don’t want a guy like that.'

As we all know, Teddy is currently coupled up with Faye, so how does AJ plan on approaching this situation?

'I’m a respectful person in terms of morals,' she insisted.

'I’ll definitely approach her and have a conversation beforehand. But I wouldn’t hold back.'

'I feel like we all have a right to get to know the guys in there.'

'I’ll definitely have a word with her first and would keep her updated on where everything is at really.'

'I’m open and honest and I think that’s all you can really do,' she concluded.

When asked what she thinks of the villa girls, she said, 'I think Lib and Kaz are my type of girls.'

'It’s funny that Faye and Teddy are paired up because I think me and Faye are the ones who wouldn’t get on the most.'

The 28-year-old was also asked what qualities she'll bring to the villa.

She replied, 'I think I’m going to bring a bit of spice, I definitely am fiery.'

'The girls need to know their worth and what standards they should be setting.'

'I’m just going to go in there and be like, ‘Girls, you’re beautiful, you’re smart, know your worth!’ Self love is massive for me.'

'Girl power! In terms of the guys, I want to teach them the right way because I’ve been messed about by guys so much.'

'They need to be taught some lessons. And in the meantime, hopefully I find a nice guy as well.'

AJ's dream man must have a sense of adventure and love to travel.

She added, 'Also, a great sense of humor. A guy who has the right morals.'

The Hair Extension Technician was also asked what her dream Love Island date would be.

She revealed, 'I’m definitely a, ‘like to go out and do something,' kind of person.'

'I want to do an activity, where we are trying something new together.'

'At the same time I don’t mind having a drink with someone and getting to know them.'

However, she hates going for a meal on a date because she's, 'the messiest eater,' and would end up spilling food on herself.

AJ was asked about her embarrassing dating moments, and she recalled the time she and her date dined in Nando's.

'I told the guy I don’t like spicy stuff and that I can’t handle spicy food.'

'I go to the toilet and come back and I bite into my chicken and I was spitting it out in front of him because my mouth was on fire.'

When asked how her family and friends would describe her, she said, 'the life of the party.'

'I can be a little bit savage because I say it as it is. My girls call me savage all the time.'

'But I’ve got the biggest heart and I’ll do anything for my friends and family.'

She went on, 'And I would definitely say I’m confident as well.'

'My girls also would say I’m indecisive and impatient!'