The Duke Prince Harry and Duchess Meghan Markle of Sussex have announced the birth of their second child.

She's named after Britain's Queen, whose family nickname is Lilibet, and her late grandmother, The Princess of Wales.

Both mother and child are healthy and well, the pair said in a statement. 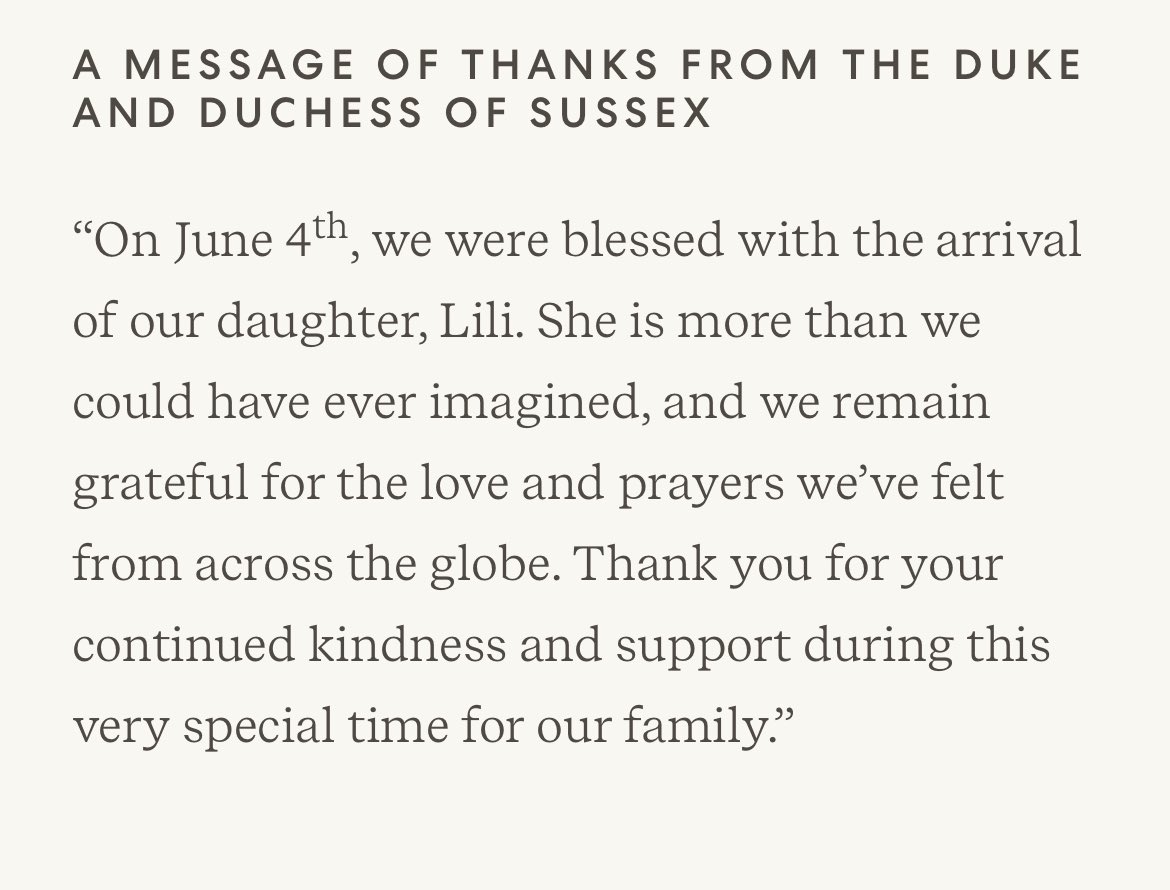 Official statement from the Duke and Duchess of Sussex