Dave Bautista Chats To SPIN About His New Movie, His Social Anxiety & More

SPIN catches up with Dave Bautista

SPIN's Sarina Bellissimo caught up with Dave Bautista and the cast of his new movie Army of the Dead for a chat recently.

The zombie film from Zack Snyder drops on Netflix today and it looks so good. 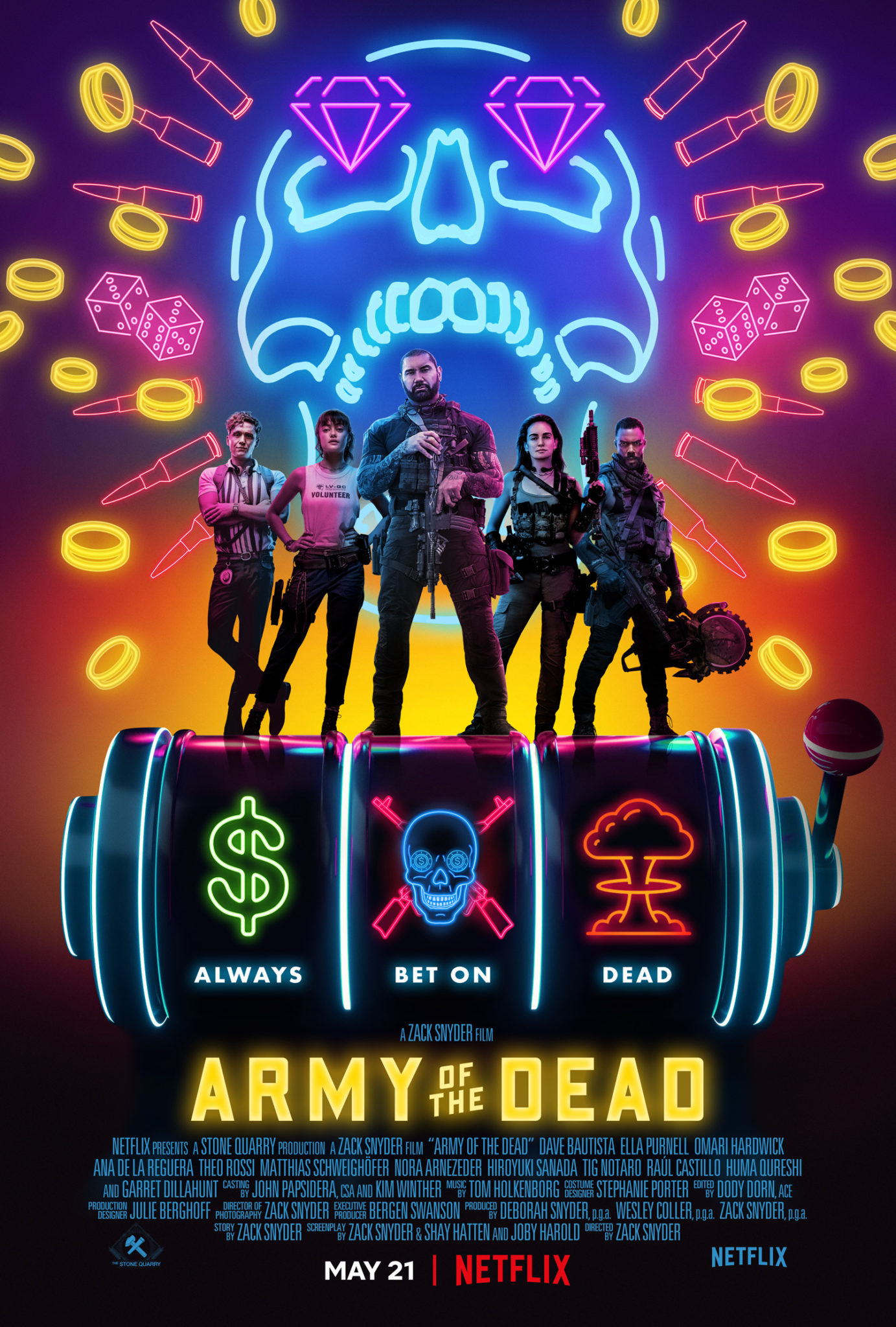 Sarina kicked off the interview by asking Dave what it was like, "leading [Zack Snyder's] army."

He admitted he's wanted to work with the director for years.

But it turns out he actually turned down a role in Army of the Dead when it was first offered to him. 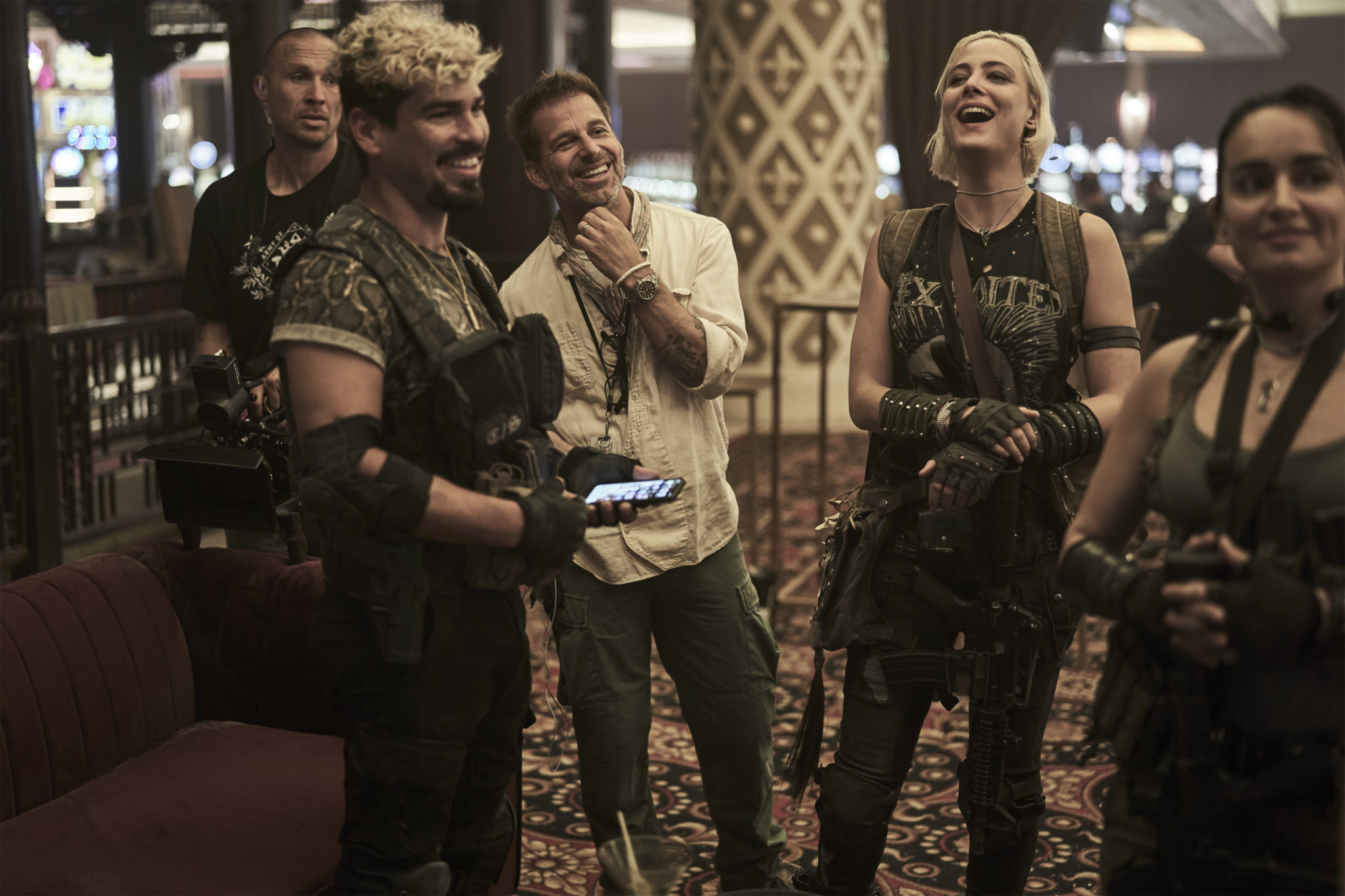 He later learned Zack wanted him to play the lead character, Scott Ward.

"Then I had a conversation with Zack about Scott... then I was all in."

Dave explained the role gave him the opportunity to show off an emotional side, which he believes he needs in his career. 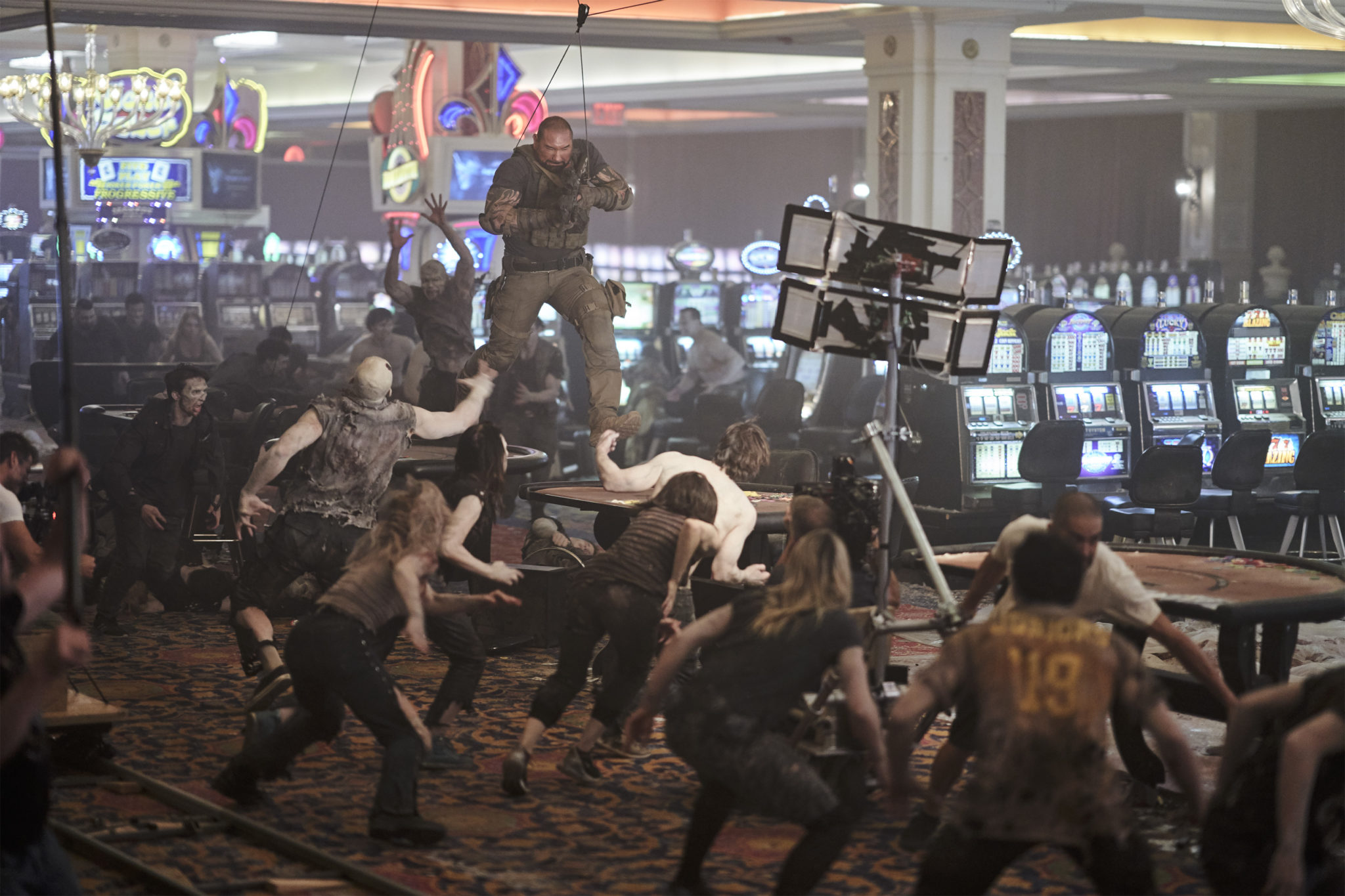 Sarina asked what scares him more; "the zombies, the action or the emotional scenes."

Without hesitating, he admitted, "The emotional scenes."

He explained he gets a social anxiety whenever he's speaking to crowds. 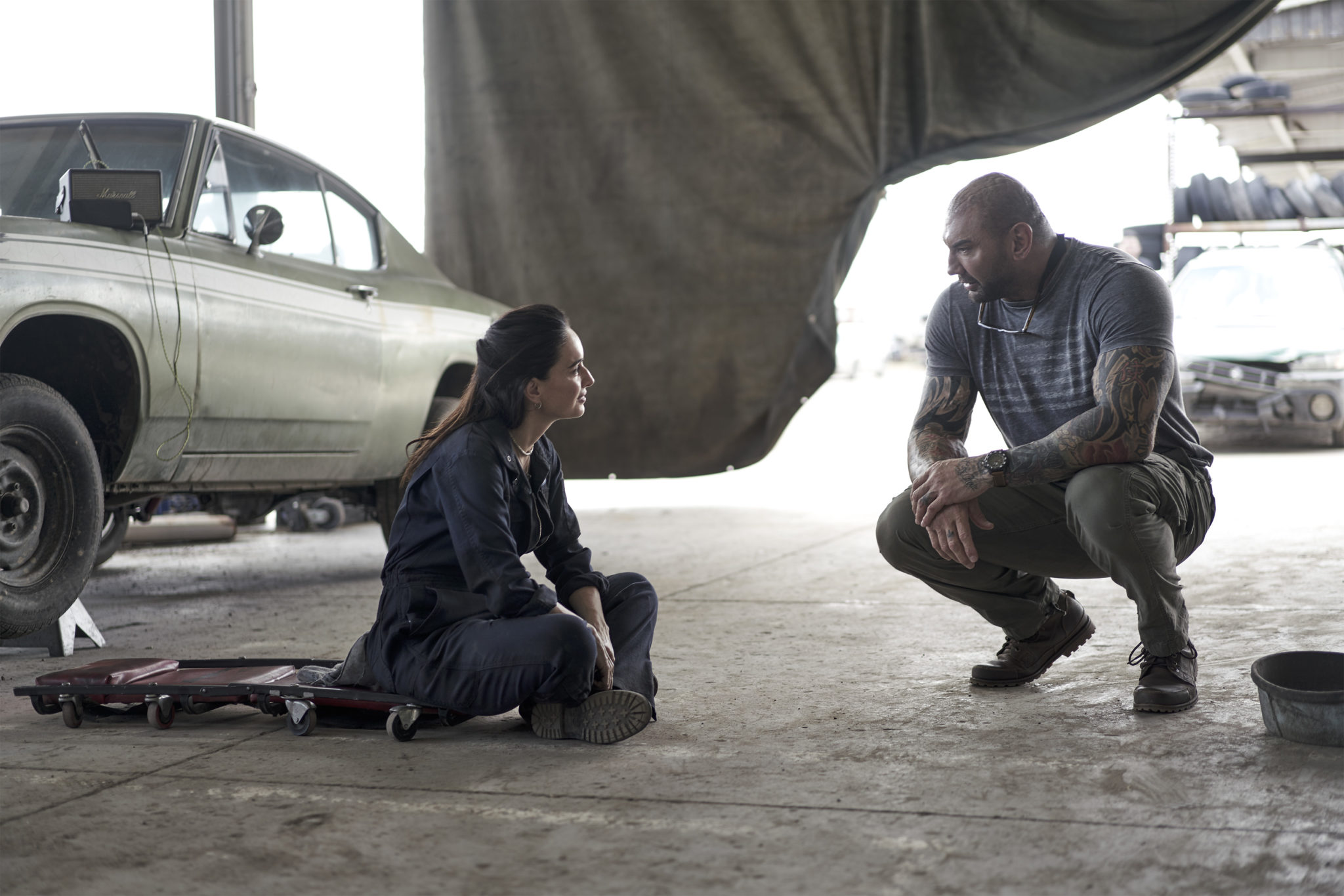 "So when the whole cast is there and I have to be front and centre... the guy in charge... that's very uncomfortable for me."

"And also like those very intimate nuanced scenes where I just have to be... fully emotional, they're rough, they're challenging."

He explained he often has to draw from his own experiences, and that can be, "exhausting." 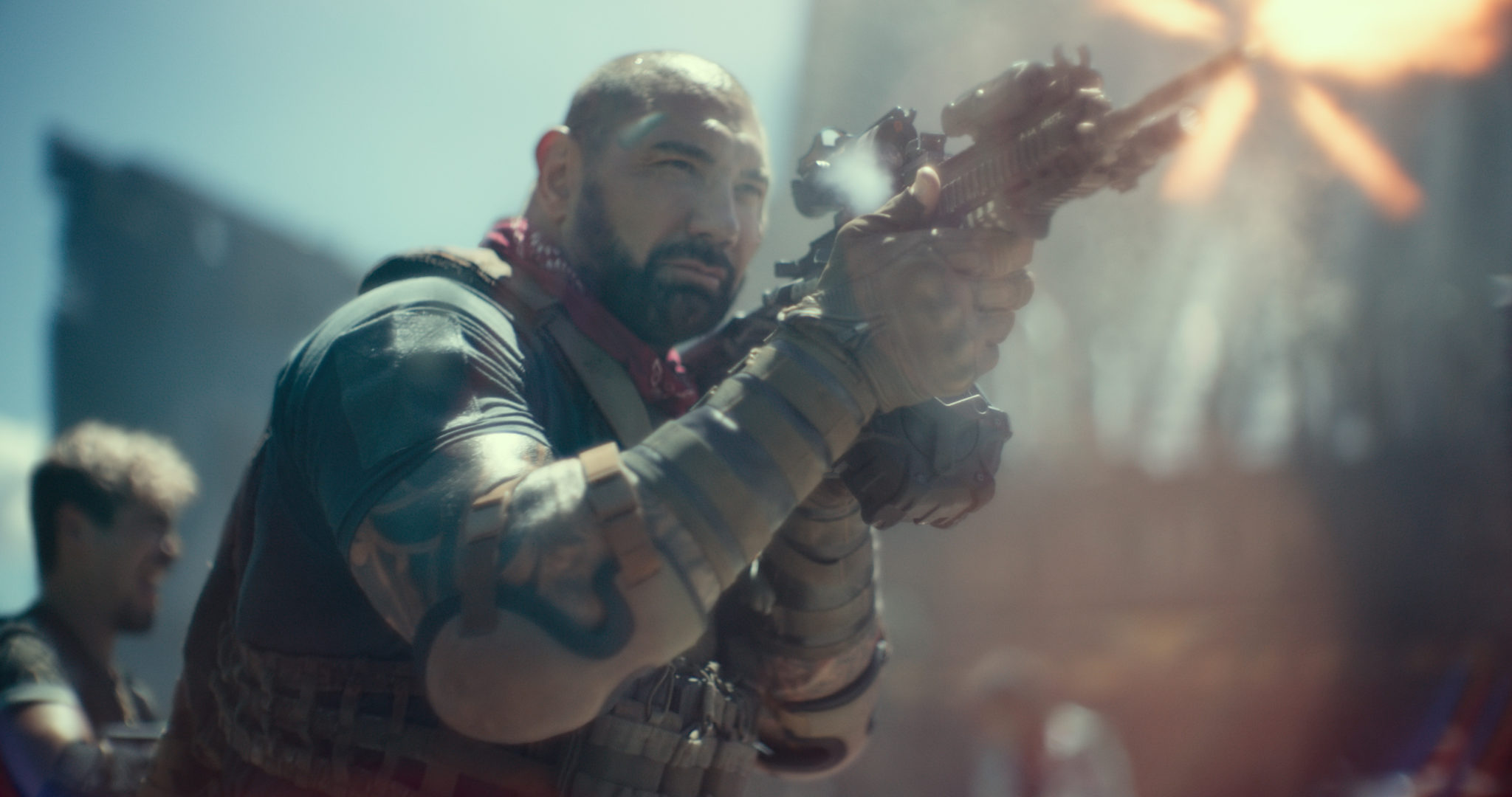 The Hollywood actor also went on to share his biggest career gambles.

Army of the Dead

You might be wondering; what is Army of the Dead?

It's a movie that follows the story of a group of mercenaries who take the ultimate gamble, venturing into the quarantine zone to pull off the greatest heist ever attempted following a zombie outbreak in Las Vegas.

Sarina also caught up with the rest of the cast to chat about the film:

Zack shared why he rates Army of the Dead as one of his most satisfying cinematic experiences, how he feels about his fans, and what career gambles he has taken and how he continues to back himself.

They shared how they felt getting the call to be a part of Zack's army, what it was like having Dave Bautista as a, "dad," what zombie boot camp was like, and how it felt when Tig was called in to work alone.

Matthias Schweighofer and Omari Hardwick feature as Ludwig Dieter and Vanderohe in Army of the Dead.

They spoke to Sarina about how they felt getting the call to be a part of Zack's army, what zombie boot camp was like, and why the salad eating zombies freaked them out the most.

Army of the Dead is streaming on Netflix now.