It's been announced that Snow Patrol will play a fully seated acoustic show at Dublin's Olympia Theatre on January 15th 2020.

Tickets go on sale this Friday from 9am. 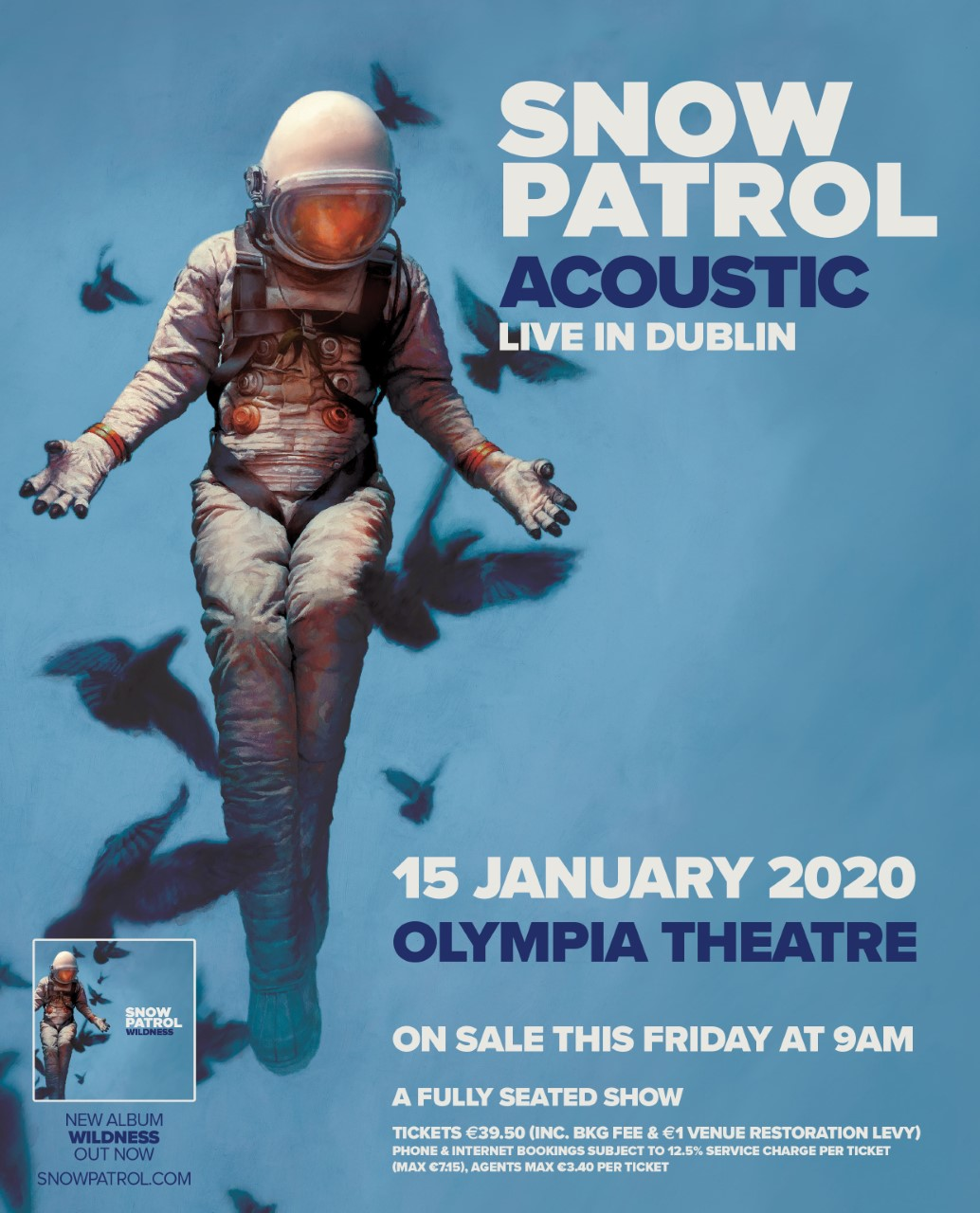 This is perfect for fans who missed the chance to see them last month when they were forced to cancel due to illness.

They were due to play to a sold-out gig at the venue on November 26th.

So sorry to announce, due to illness, we have to cancel tonight’s show at the @olympiatheatre dublin. Information on refunds will follow shortly. We are gutted & were so looking forward to Dublin but it’s just not possible to do the show tonight. See you all soon we promise. SP.x

Over a two-decade career, Snow Patrol have carved out a unique place for themselves.

Some of their biggest hits include Chasing Cars and Run.

SPIN House Party: The Lineup & How To Watch

There's A Rumour Of Another Spice Girls World Tour In 2021